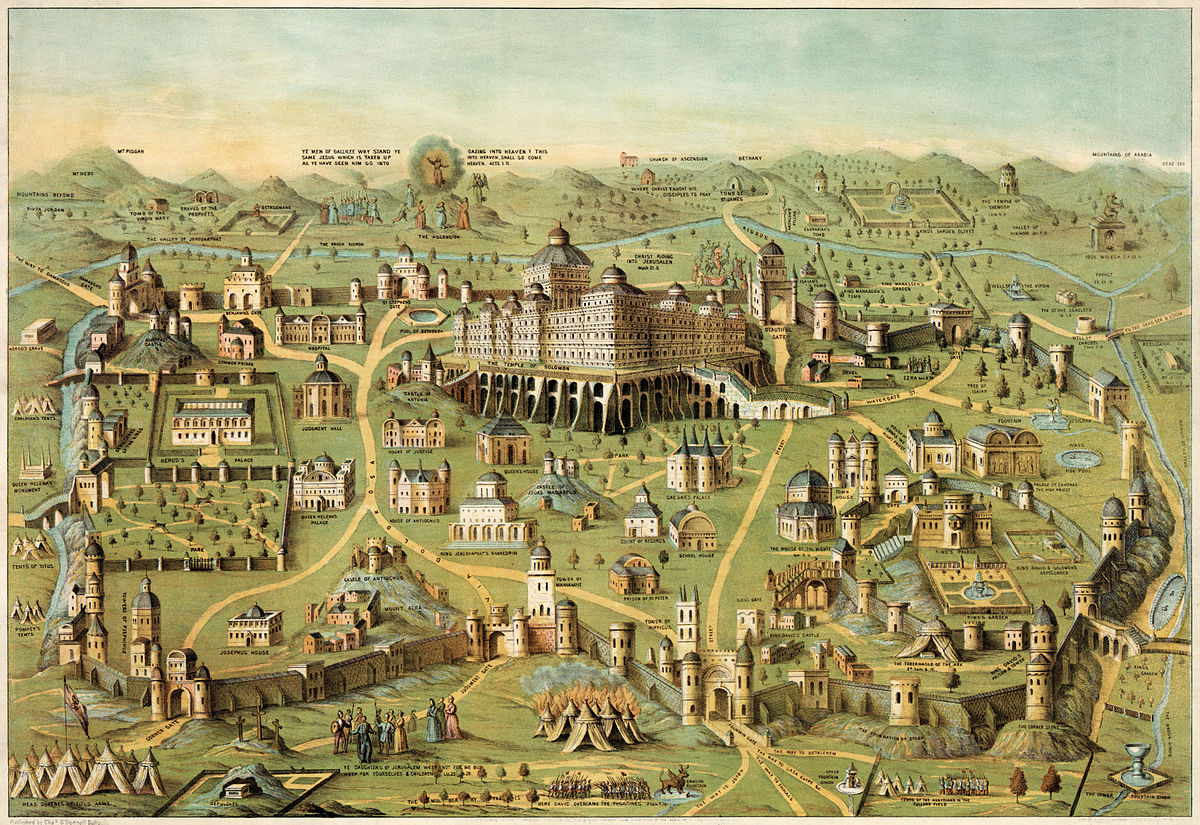 Why was Chronicles written? After the Babylonian captivity, Jews had to be reminded where they come from, what God had unconditionally promised to Israel and what they could look forward to. Unsurprisingly, then, the first 9 chapters of 1 Chronicles provide various genealogies, from Adam to Abraham, and from Abraham to Judah and then to the Davidic contemporaries of the Chronicler, such as Anani (1 Chronicles 3:24). This emphasises not only the unconditional Abrahamic covenant (cf. 1 Chronicles 16:16-17), but also on how God’s purposes would eventually find fulfilment in the house of David. The Davidic covenant undergirds much of Chronicles (1 Chronicles 17:7-17) — as do a focus on prayer and worship of God at the temple. Not only is the Davidic covenant unconditional, it is also everlasting, culminating in the Messiah, the Son of David, who is Himself everlasting. So, the Chronicler focuses on the Davidic kingdom, on Judean kings, and on the temple with the Levitical priesthood which was operative at that time. There is — the Chronicler is effectively saying to the remnant of Israel that came out of Babylon — much to look forward to.

If that were so, why did Israel end up in captivity, what did history teach them (and us)? The Chronicler is not just ramming off one historical event after another, but he highlighted certain key moments in Israel’s history to provide a theological message. Zuber (2014:555) correctly says that the ‘Chronicler was concerned about the issues of faithfulness (“seeking the LORD”) and apostasy (“forsaking the LORD”)’. God blesses faithfulness and obedience, but disobedience and sin will eventually be punished. Basically, you will reap what you sow – and this is true not only for individuals, but also for nations. Constable (2017:3) states that the ‘the original readers of Chronicles needed to remember their history and the spiritual issues that had molded and would mold their destiny. These observations would guide them as they sought to reestablish Israel in the Promised Land after the Babylonian Captivity’.

Given the above purposes, it is easier to see the structure of Chronicles. Bear in mind, however, that 1 and 2 Chronicles were originally one book, not two. The Septuagint (a Greek translation of the Hebrew Bible by 70 men) split the book into two, making it easier for copyists and readers (Constable 2017:1). The following chiastic structure for 1 and 2 Chronicles is proposed by Dorsey (1999:155):

Chronicles contains no internal evidence who the human author(s) was. Early Jewish tradition held that Ezra wrote Chronicles (cf. Zuber 2014:553), but not everyone is convinced about this (for various reasons, not discussed here). Many people refer to the author simply as the ‘Chronicler’. As to a possible date of composition, differences of opinion again exist, but it may have been written sometime between 450 and 400 B.C.

Chronicles is the last book of the Hebrew canon, concluding the third major section called the Writings. Chronicles ends the way Ezra began, on a hopeful note, with God stirring the heart of Cyrus to issue this decree: “The LORD, the God of heaven, has given me all the kingdoms of the earth, and he has charged me to build him a house at Jerusalem, which is in Judah. Whoever is among you of all his people, may the LORD his God be with him. Let him go up” (2 Chronicles 36:22-23; cf. Ezra 1:1-3; Isaiah 45). Up and onwards then to Jerusalem, because you know that God is faithful to fulfil all the unconditional promises that He has made, not only those that He made to Abraham, but also the promises that He made to David. Onwards then to the New Testament, which starts with these wonderful words: “The book of the genealogy of Jesus Christ, the son of David, the son of Abraham” (Matthew 1:1).

← Read Lamentations read An Overview of the New Testament →