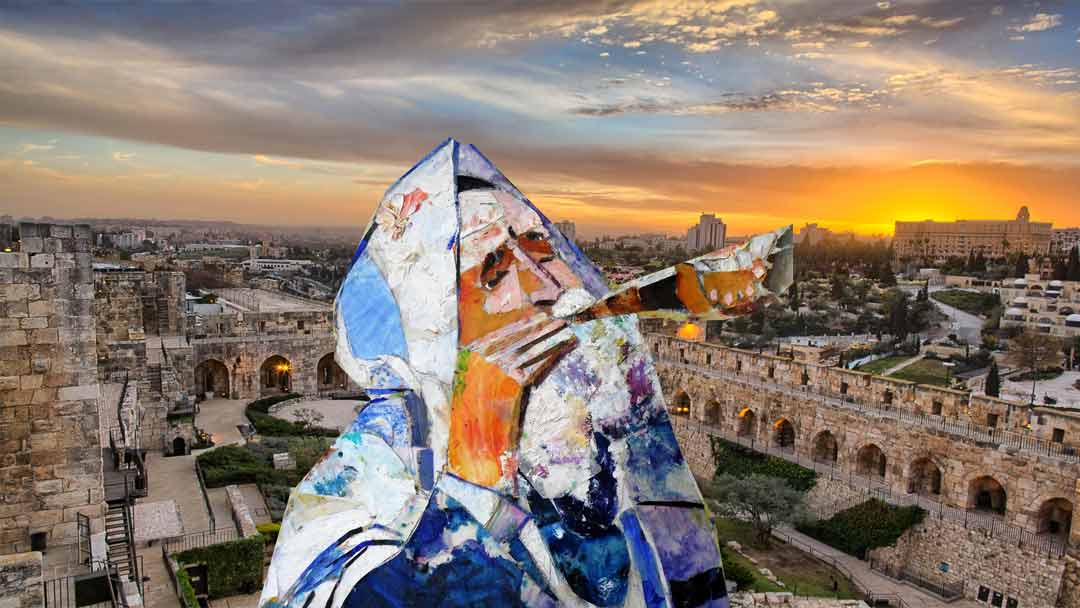 Not long after the Jerusalem counsel, Paul’s second missionary journey commenced in about AD 49 (cf. Acts 15:36, 40-41), with the churches in Galatia visited first (Acts 16:1-6a). Forbidden by the Holy Spirit to speak the word in Asia or Bithynia, a perplexed group of Paul, Silas and Timothy (and maybe others too) came to Troas, not knowing the next move (Acts 16:6b-8). Paul receives a vision and concludes that God has called them to preach the gospel to the Macedonians (Acts 16:9-10a). With Luke joining them, they went to Philippi, a city named after Philip of Macedon, the father of Alexander the Great (Acts 16:10b-12). They planted the church at Philippi but, because of persecution, all but Luke left (Acts 16:13-17:1). From Philippi, travelling along the Via Egnatia, they came to Thessalonica (Acts 17:1).

Named after the half-sister of Alexander the Great, Thessalonica was ‘a free city, with officers called politarchs (17:6), a seaport, a center of trade, and the capital of the province’ (Tenney 1985:281). Not only was the city strategically, politically and economically important, but its native Greek as well as Roman inhabitants numbered as many as 200 000 (Constable 1983:687). This Greek city exists to this day: Salonika.

The First Believers in Thessalonica

As was his procedure, the apostle to the Gentiles first preached the gospel to Jews in Thessalonica, explaining over the course of three weeks that Christ had to suffer and rise from the dead: “This Jesus, whom I proclaim to you, is the Christ” (Acts 17:1-3). Paul presented the gospel ‘not only in word, but also in power and in the Holy Spirit and in full conviction’ (1 Thessalonians 1:5). Some Jews, some devout Greeks and not a few leading women became the first believers in Thessalonica (Acts 17:4), turning ‘to God from idols to serve the living and true God’ (1 Thessalonians 1:9). They received ‘the word of God, accepting it not as the word of men, but as what it really is, the word of God, which is at work in you believers’ (1 Thessalonians 2:13).

Soon persecution broke out and Paul and Silas went to Berea in the night (Acts 17:5-10). The visit to Thessalonica was, nevertheless, not in vain, for the missionaries had boldly proclaimed the gospel of God during much conflict (1 Thessalonians 2:1-2). They did not flatter, sought glory from people or became a burden to the Thessalonians, but instead they were gentle and affectionate among them, acting holy and blameless (1 Thessalonians 2:5-14). These new believers in Christ are Paul, Silas and Timothy’s joy and crown of boasting before the Lord Jesus (1 Thessalonians 2:19-20).

While in Berea, persecution yet again broke out. Paul left for Athens but Silas and Timothy stayed longer in Berea before later re-joining Paul in Athens (cf. Acts 17:14-15). When Paul ‘could bear it no longer’, Timothy was sent from Athens back to Thessalonica ‘to establish and exhort you [the Thessalonians] in your faith, that no none be moved by these afflictions’ (1 Thessalonians 3:1-3a). Meanwhile, after his visit to Athens, Paul made his way to Corinth, where he would stay for 18 months (Acts 17:16-18:1, 11). There in Corinth, Silas and Timothy re-joined Paul (Acts 18:5).

The general consensus is that the visit to Thessalonica was either only 3 weeks long (cf. Acts 17:2) or about 6 months — but either way, not a long stay. This is important because it seems to show that ‘Paul fed these new believers a rich diet of doctrinal introduction in a fairly brief period of time’ (Constable 1983:688). Though in Thessalonica for only a short period of time, Paul did not shy away from teaching about major eschatological events: the Lord’s return and the day of the Lord. Both epistles frequently refer to the theme of the Lord’s coming or the day of the Lord (in 1 Thessalonians 1:10; 2:19; 3:13; 4:13-18; 5:1-11, 23 and 2 Thessalonians 1:7-10; 2:1-12).

Structure of the Letters

Many doctrines are taught in the two epistles to the Thessalonians, but the main theme is eschatology. Note that Paul did not consider prophetic eschatological truth as being unimportant, too controversial or beyond the reach of new believers (Constable 1983:719). On the contrary, in the very short space of time that he was with them (2 Thessalonians 2:5), Paul taught these Thessalonians the return of the Lord (the theme of 1 Thessalonians) and about the day of the Lord (the theme of 2 Thessalonians). About 2 000 years later, many doctrines are taught but not the whole counsel of God, because today many fail to teach or preach about eschatology. This is not only sad, but rather ironical, for it may reveal much about the days we are living in, don’t you agree?

← Read The Epistle to the Colossians read The Letter to Titus →