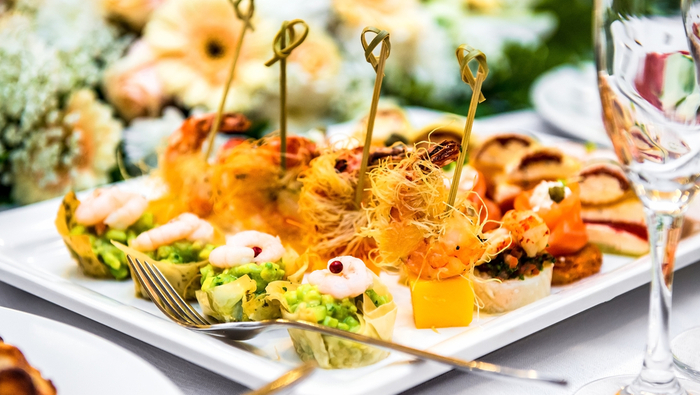 A Parable for Plato and Augustine

Augustine, the father of amillennialism, was influenced by the philosophy of Plato. What did Plato teach? How does this Greek philosophy compare with God’s Word, specifically regarding the doctrine of the kingdom? Is the kingdom of God only spiritual?

The Philosophy of Plato

Plato was one of the first philosophers to argue that reality is primarily ideal or abstract. With his “theory of forms,” he asserted that ultimate reality is not found in objects and concepts that we experience on earth. Instead, reality is found in “forms” or “ideas” that transcend our physical world. These forms operate as perfect universal templates for everything we experience in the world. One result of Platonism was the belief that matter is inferior to the spiritual. Thus, there is a dualism between matter and the immaterial.

Unsurprisingly, some followers of Plato’s philosophy think that ‘God’s ultimate purposes involve escape from the “carnal” physical world to a glorious spiritual existence in the sky’ (Vlach 2017:64). But anti-material views are wrong, physical things are not bad and in fact the material and immaterial aspects of God’s creation are in harmony with each other (ibid). Still, Platonic escapism found its way into the Church via Augustine’s doctrine of the kingdom. Consequently, some think that the premillennial doctrine of a divine kingdom established on earth, having political and physical aspects, is sheer materialism (McClain 1956:16).

Augustine (354–430) was heavily influenced by Platonism and Neo-Platonism. Like Clement of Alexandria and Origen before him, Augustine also mixed Greek philosophy with theology. Even though near the end of his life he repudiated some of Plato’s ideas, Augustine is unfortunately guilty of an uncritical acceptance of Platonic and Neo-Platonic thought (Geisler 1999:116). For example, Augustine accepted Plato’s doctrine of the recollection of ideas from a previous existence (ibid). But it is Augustine’s view about the kingdom that still causes havoc. Viviano (quoted in Vlach 2017:566) says that Augustine accepted Neo-Platonic philosophy which was ‘highly spiritual and other-worldly, centered on the one and the eternal, treating the material and the historically contingent as inferior stages in the ascent of the soul to union with the one.’ A future kingdom on earth simply did not fit well in an eschatology that stressed personal ascent to a spiritual realm. Viviano (ibid) summarizes the impact of Augustine’s Platonic thinking on the kingdom of God:

Augustine was attracted to the spiritual interpretation of the kingdom we have already seen in Origen. Indeed, ultimately for Augustine, the kingdom of God consists in eternal life with God in heaven. That is the civitas dei, the city of God, as opposed to the civitas terrena.

But when God created the heavens and the earth, both the material and the immaterial, what did He say about his creation? Six times, no seven, God said that what He created was good, even very good (Gen 1:4, 10, 12, 18, 21, 25, 31). ‘The Lord God formed man of dust from the ground [material] and breathed into his nostrils the breath of life [immaterial]; and man became a living being’ (Gen 2:7). There is no Platonic dichotomy between the immaterial and the material.

God gave Adam and Eve the authority to rule over the earth as God’s representatives (Gen 1:28) — and such rule was both spiritual and material. Since the fall of Adam, God is busy restoring this fallen world, but such a restoration is not only about the spiritual/immaterial, it also includes the physical/material. Christ not only died for the sins of the world, but He is also going to give believers resurrected bodies and restore the earth (cf. Rom 8:19-22).

Regarding the nature of the kingdom, it is not a Platonic dualism where you think of either the spiritual or the physical. The kingdom that Christ will establish will be both spiritual/immaterial and material/physical. Regarding entrance into the kingdom, an either/or scenario exists: Either you believe in Christ in which case you will enter the kingdom when He returns to establish it, or if you don’t believe the gospel of Christ, then you won’t enter it.

When a person becomes a believer in Jesus Christ, you are judicially transferred from Satan’s realm into the kingdom which Christ will establish on the earth when He returns (cf. Col 1:13; Woods 2016:301-302). Believers have judicially been qualified to share in the inheritance of the saints (Col 1:12). Believers have this inheritance (de jure) but will only experience it (de facto) when Christ establishes the kingdom when He returns (Woods 2016:301-302).

The Greek adjective, pneumatikos (‘spiritual’), occurs 26 times in the New Testament, twice in adverbial form. The term itself does not necessarily connote something good. For example, in Ephesians 6:12 the demonic hosts are called pneumatika (spiritual forces of wickedness). Also, the term does not necessarily exclude the idea of physical substance, for in 1 Corinthians 15:44, the resurrection body of the Christian is soma pneumatikon, or body spiritual (cf. McClain 1956:22). With reference to the things of God, which is the term’s general connotation, the meaning of spiritual (pneumatikos) is something ‘emanating from the Divine Spirit, or exhibiting its effects and so its character: that is, something “produced by the sole power of God himself without natural instrumentality, supernatural”’ (Thayer, quoted in McClain 1956:22).

The Spirituality of the Millennial Kingdom

According to McClain (1956:17), the ‘kingdom of God is primarily a spiritual kingdom, always, wherever it exists. But a spiritual kingdom, in Biblical parlance, can manifest itself and produce tangible effects in a physical world, or, to be more precise, in the world of sense experience’. To the above I add Psalm 115:16: ‘The heaven, even the heavens, are the LORD’s; but the earth He has given to the children of men.’ God has created human beings both immaterially and materially — and God placed humankind on earth. The domain where humankind is supposed to rule, under Christ, will be on the earth. Redeemed humanity’s destiny is on this earth during the millennium, and on the new earth during the eternal state. Our eternal abode is not going to be in heaven, as Augustine supposed, but it will be with God on the new earth. In the eternal state, the city of God will come down to the new earth (Rev 21:2-3, 10).

When Christ establishes the millennium kingdom, only believers will be allowed to enter it (cf. Jn 3:3-5). You must spiritually be born again. But again, this does not mean that the millennial kingdom will only be spiritual. It will also include physical aspects on this earth, such as agriculture, the drinking of wine, the eating of a meal at a banquet, etc. The millennial kingdom will include social, economic, aesthetic, judicial and political aspects, here, on this earth. ‘The kingdom can have spiritual requirements and characteristics (see Rom 14:17) and yet be physical in nature including social, political, economic, and agricultural elements (see Isa 65:17–25). The idea of a ‘spiritual’ kingdom only smacks of Platonism and its elevation of the spiritual over the physical’ (Vlach 2017:46). I agree with McClain (1956:19):

The notion that a spiritual kingdom can have no relation to considerations which are the stuff of physical existence, is one of the strangest idols ever constructed in the cave of the human mind. God is spirit and wherever His power breaks supernaturally into the system of nature, the cause may properly be called spiritual, whatever the effect may be, whether the healing of a disease, the raising of a dead body, the regeneration of a sinner, or the setting up of a political state on the earth.

In Jesus’ kingdom people will eat and drink (cf. Mat 8:11; 22:4). There is no Platonic dualism between spirit and matter present in Jesus’ kingdom. For example, Jesus is going to drink wine in the kingdom (Mat 26:29). Spiritual characteristics such as righteousness, peace and joy in the Holy Spirit are at the heart of the kingdom and Christians should emphasize these — but emphasizing these matters does not mean the kingdom of God has nothing to do with the physical realm or that eating and drinking will not occur (Vlach 2017:448).

The following parable by McClain (1956:17) is instructive:

During a church banquet a group of preachers were discussing the nature of the kingdom of God. One expressed his adherence to the premillennial view of a literal kingdom established on earth among men.

To this a rather belligerent two hundred pound preacher snorted, “Ridiculous! Such an idea is nothing but materialism.” When asked to state his own view, he replied, “The kingdom is a spiritual matter. The kingdom of God has already been established, and is within you. Don’t you gentlemen know that the kingdom is not eating and drinking, but righteousness and peace and joy in the Holy Ghost?”

And then this preacher reached hungrily across the table and speared another enormous piece of fried chicken! Nobody tried to answer him.

As a matter of fact, no answer was necessary; he had answered his own argument. As the French would say, he was hoist with his own petard. At the risk of being thought tiresome, let me recite the obvious conclusion: If the [mediatorial/Messianic] kingdom of God can exist now on earth [not that it does, but for argument’s sake] in a two hundred pound preacher full of fried chicken without any reprehensible materialistic connotations, perhaps it could also exist in the same way among men on earth who will at times be eating and drinking under more perfect conditions in a future millennial kingdom. Personally I have always had a very high opinion of the value of fried chicken, but this was the first time I had ever seen its apologetical value as an argument against the inconsistencies of that view of the kingdom based on a Platonic notion of spirituality.

McClain (19565:19) urges all to understand the following: ‘The [theocratic] kingdom established at Sinai was not an earthly kingdom, although it was on the earth. It was a spiritual kingdom which came down from heaven historically into the world of physical existence by the supernatural agency of God Himself.’ Don’t confuse the source of authority of the kingdom of God, which is divinely spiritual, with the sphere where such authority will be exercised by Christ, which will be on this earth. To emphasise, the kingdom of heaven that Jesus offered to establish in Israel during his first coming (but which was rejected) was not an earthly kingdom, although it was certainly intended to be established on the earth. God will be the source of this kingdom of heaven, it will thus be spiritual in the best sense of the term, but again, Christ will establish this kingdom on the earth at the time of his second coming. Arguing that Jesus won’t establish that kingdom on the earth is to fall, like Augustine did, into Plato’s philosophical trap. Not so with you.

FaithEquip, 2019, The Kingdom is in Your Midst. Available at https://faithequip.org/the-kingdom-is-in-your-midst/