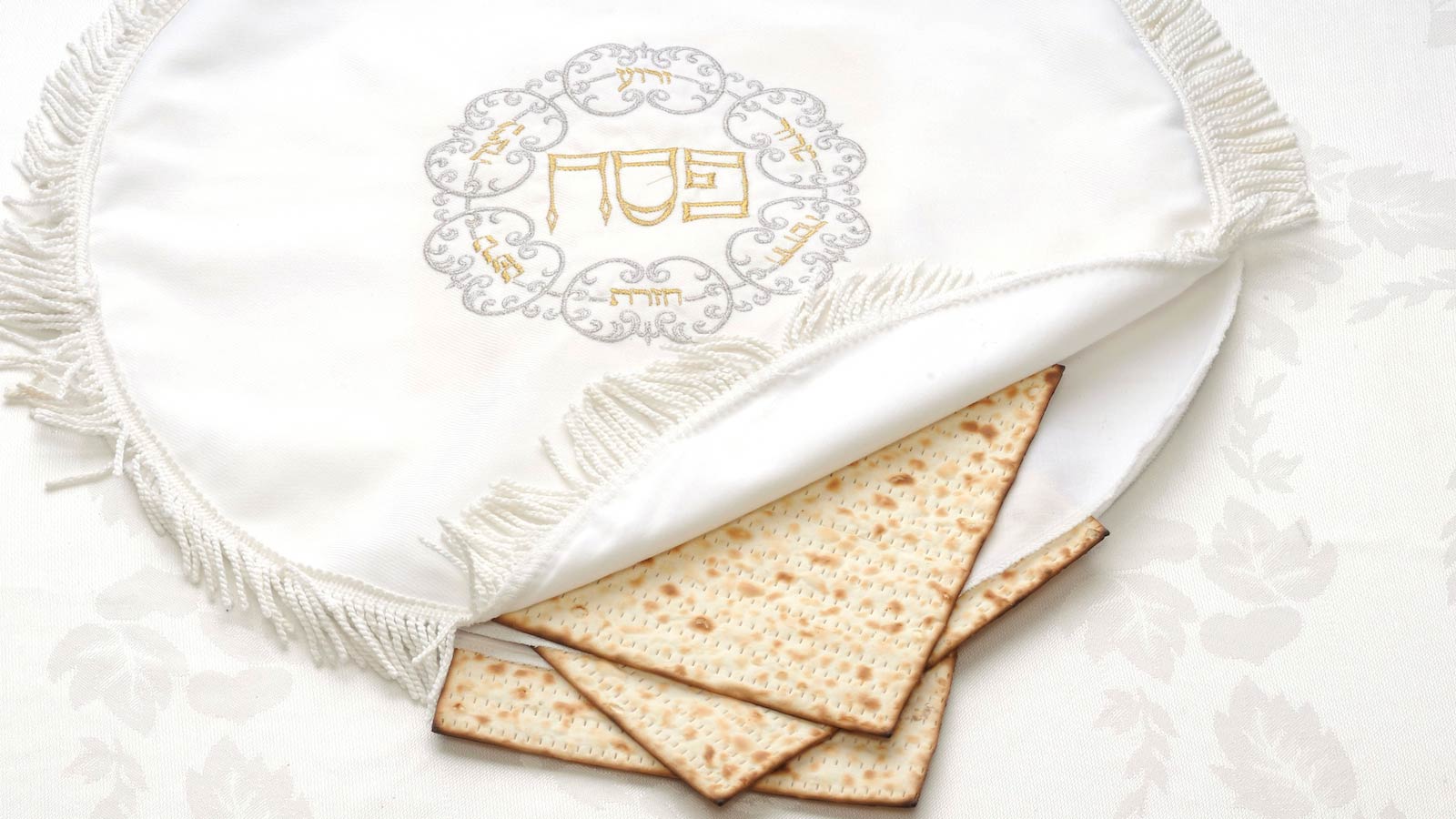 Are You Seeking Easter Eggs or the Afikomen?

Are you searching for Easter eggs or is the idea that children search for something that is part of the Passover Seder? Why is this question relevant at the time when we commemorate the death, burial and resurrection of Jesus the Messiah?

The Feasts of Passover and Unleavened Bread

God announced his redemptive work on behalf of Israel when he promised Abraham that his descendants would be redeemed out of a foreign land and brought into the land he has given to Abraham (Gn 15:13-16; cf. Ex 2:24). Centuries later, and after nine plagues, Pharaoh’s heart was still hardened. God then commanded the Israelites to sacrifice a lamb and put some of its blood on the doorposts and lintel of their houses (Ex 12:1-28). The LORD’s Passover and the Feast of Unleavened Bread were instituted before Israel entered the Promised Land. God then redeemed his national son out of Egypt. When they arrived at Sinai, God provided Passover proceedings for when Israel had entered the Promised Land (Lv 23).

Order (‘Seder’) of the Passover

For a detailed discussion of the order (‘Seder’) of the Passover service, see the ‘Passover Haggadah’ by Fruchtenbaum (2011). The lighting of the candles starts the proceedings. As part of the four questions immediately preceding the telling of the story of Passover, the head of the house explains that it ‘is incumbent upon us to discourse of the departure from Egypt’ (Fruchtenbaum 1991:10). The story of the Passover is told to remind Jews that God redeemed them out of Egypt. It is explained why this night is different. God is worshipped and praised: ‘Blessed be the Lord God, king and sovereign of the universe’! The four sections of the Seder are commemorated by drinking from four cups. For example, the first cup is the cup of blessing, whereas the second cup refers to the plagues that Egypt experienced.

The highlight during the first cup section is the removal of what is called the Afikomen. As Nadler (2010:29–30; cf. Fruchtenbaum 2005:17) explains, on the ‘Passover table there is a matzah tash (bread bag) containing three slices of matzah. This bag of matzah is also called the Echad, or unity … At this point of the seder, the head of the house removes the middle piece of matzah, breaks it in half, wraps one half in a white linen cloth and hides it. This hidden piece of matzah becomes the Afikomen, which stays hidden until a child finds it during the third cup section’. It is interesting to note that the meaning of the word ‘afikomen’ can be derived from the Greek word afikomenos, which means ‘the Coming One’, or ‘He that has come’ (cf. Carmichael 1991:53) or, perhaps better, ‘that which comes after’ (Nadler 2010:30). The Afikomen is like dessert, for it comes after the meal.

Searching for the Hidden Afikomen

After the meal, the little children are invited to search the house for the hidden Afikomen. As you can imagine, the search is frantic, and with not a little bit of anticipation! The child who finds the Afikomen first is given a special reward by the father for finding it (cf. Buksbazen 2004:17).

Allusions in the Gospel of Matthew

Like the meaning of the word ‘afikomen’, one of the names of the Messiah is the Coming One (Mt 11:3). Reminiscent of the praise given to God during the Passover Seder proceedings, in Matthew 11:25, Jesus thanks the Lord of heaven and earth, that is, the King of the universe. A contrast between different sons or disciples are made, for God the Father hides the works of Christ to those wise and clever in their own eyes, but reveals them to children (Mt 11:25). It is these children — disciples of Christ who do the will of the Father — who justify wisdom by trusting in the Lamb of God and removing leaven of sin from their lives (cf. Mt 11:19b; 12:50; 21:28-32). It is these little ones who have placed their faith and trust in the Suffering Servant (cf. Mt 12:18-21; Nadler 2010:47-48). For them the festival-lights will truly be kindled by the Messiah (cf. Mt 13:43; cf. Mk 4:21-22). Moreover, these redeemed children will understand the allusion to the Trinity when three pieces of bread are placed into the matzah tash, for God the Father can only be known through the Son (Mt 11:27). During Jesus’ First Advent, the Coming One revealed the Trinity through his various works performed by the Spirit of God (Mt 11:27; 12:28).

Allusions in the Communion

The second person of the Tri-unity (the middle piece) came in the flesh and died for our sins. The Unleavened Bread was wrapped in a shroud, buried, and on the third day bodily raised from the dead. After rewarding the finder of the afikomen, the head of the house takes this broken piece of matzah and breaks off a small piece for each person around the table. It is this broken matzah and this third cup, called the cup of redemption, that Jesus uses to institute what has come to be called ‘the Lord’s Supper’ (Nadler 2010:47-48). At the Passover meal, Jesus took the afikomen piece, broke this unleavened, striped and pierced bread, and gave it to his followers, saying “Take, eat; this is My body”, and later “Drink from it, all of you”. Christ’s followers partake of the bread and drink of the third cup to proclaim the Lord’s death until he to whom the afikomen points, comes again (cf. Mt 26:26-27; 1 Cor 11:24-26). Who do you think the Father gave a special reward to for being the first to identify Jesus as the Christ, the Son of the living God? Whereas the breaking of the middle piece of matzah represents Christ’s death, and the wrapping in cloth represents his burial (Mt 27:59), the third cup represents Christ’s resurrection on the third day, signifying spiritual redemption (cf. Mt 26:27-28; Fruchtenbaum 2005:32-33). The Coming One is going to take his followers and only then will he drink the fourth cup of praise ‘with you in My Father’s kingdom’ (Mt 26:29; Nadler 2010:28).

Come to the Afikomen

The view of this writer is that the apostle Peter was the first to identify the afikomen as Jesus Christ, the Son of the living God (Mt 16:16; Scholtz 2015:5). This was revealed to him by the Father, and he received a special reward – notably the keys of the kingdom of heaven (Mt 16:16-19). But Peter is not the only little one who may participate in the Lord’s Supper, for the ‘Son of man came not to be served, but to serve, and to give his life a ransom for many’ (Mt 20:28). If you have not done so yet, the resurrected Lord Jesus Christ has already invited all to come to Him (Mt 11:28-30):

Come unto Me, all you that labour and are heavy laden, and I will give you rest. Take My yoke upon you and learn of Me; for I am meek and lowly in heart: and you shall find rest unto your souls. For my yoke is easy, and my burden is light.

Dear friend, have you found the ‘Afikomen’?

Buksbazen, V. 2004. The Gospel in the Feasts of Israel. The Friends of Israel Gospel Ministry, Inc. Bellmawr, NJ

Nadler, S. 2010, Messiah in the Feasts of Israel, Word of Messiah Ministries, Charlotte.