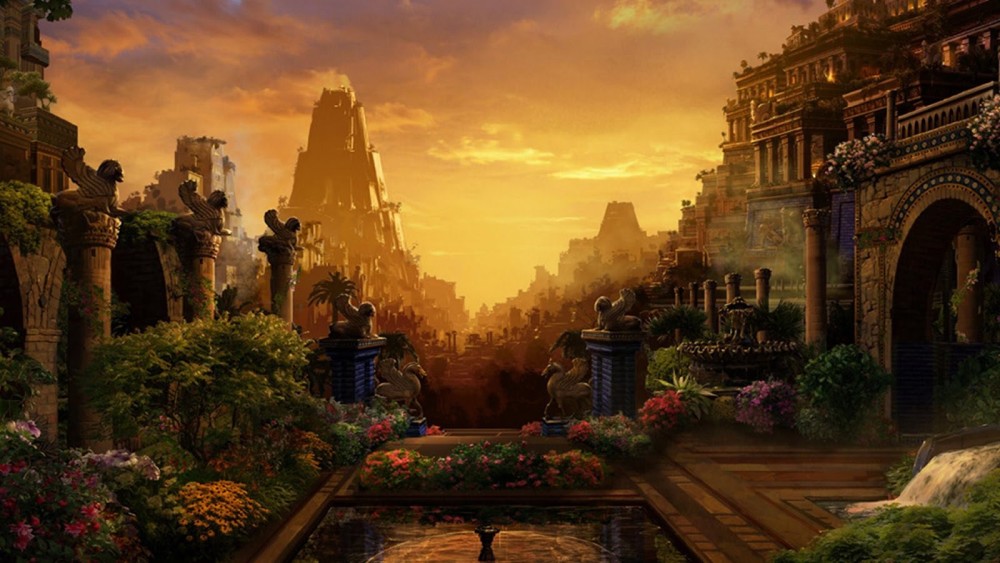 There are major end-time prophetic events that do not appear on most eschatological ‘time lines’. When these unconditional, literal prophesies are fulfilled directly and literally, God must and will get the glory. What is unusual about these prophesies is that they concern a city which will, for a while, serve as the headquarters of the Antichrist. But no one and nothing in the kingdom of darkness will be able to stop God from fulfilling these prophesies, so yet again God will get the glory. The end-time prophesies that are omitted from many eschatological time lines concern the end-time rise and fall of Babylon, the to-be-rebuilt city in modern-day Iraq, near the river Euphrates.

Where it all Started

The first dictator who led a global rebellion against God’s order was Nimrod (Gen 10:9). God said to humankind: fill the earth, be fruitful and multiply, but instead fallen humankind went to the plain of Shinar, built Babel and worshipped idols (Gen 11:9). This is the first place where a global rebellion against God took place, and at the end of this age, it will be the city-center from where another global rebellion will take place. It is Babel that transported the mother-child cult, something that is still multiplied across the globe, be it the idol worship of Ishtar (mother) and Tammuz (the boy child) in Assyria; the worship of Isis and Osiris in Egypt; in Greece, it is Aphrodite (the mother) and Eros (boy child); and in modern-day Rome this idol worship is called “Mary” and her son “Jesus” — but this is not the real Jesus of the Bible. The last human dictator to lead a global rebellion against God’s order will be the Antichrist, who will be of the seed of Satan (the boy child) via a woman of Roman descent (cf. Gen 3:14).

Babylon has never been destroyed as God said it will be destroyed. When the Medes took over Babylon from Belshazzar in 539 BC (cf. Dan 5:30), the city was taken overnight without any destruction. When Alexander the Great conquered Babylon from the Median-Persian empire in 333 BC, Babylon was not destroyed. Moreover, the first leader of the Babylonian, Median-Persian and Greek empires all made Babylon their first capital city – and the same will be true for the last leader of the fourth beast-empire described in Daniel 2 and 7. But again, God has unconditionally prophesied in Isaiah 13-14 and Jeremiah 50-51 that Babylon will be destroyed. According to Isaiah 13:9-12, Babylon will be destroyed completely in the ‘Day of the LORD’ as part of a global judgement — followed, not long thereafter, by the national regeneration and restoration of Israel (Isa 14:1-4). Similarly, according to Jeremiah 50:2-5, Israel will be regenerated and restored to her land shortly after Babylon has been destroyed completely. The unconditional prophesies of Isaiah 13-14 and Jeremiah 50-51 have never been fulfilled, but it will yet happen.

Writing about 160 years after Isaiah and 60 years after Jeremiah, the post-exilic prophet Zechariah was given a vision. In the vision, a woman signifying wickedness is being kept in a basket until God allows her to be released. When this wickedness is released, it will go to a temple in Shinar (Zch 5:11). This woman will be connected to religion (a house or temple will be built for her) as well as commerce (the basket is used to measure grain), but God says all this will be wicked. And what is noteworthy, such house or temple of the wicked ‘woman’ will be in Shinar, where Babel was (cf. Gen 11:1-9) and where Babylon is.

Contrary to a popular misreading of Revelation 17:5, a Biblical ‘mystery’ is not an inexplicable paradox or puzzle, but rather something that God has not revealed previously — but now He has. So, upon the forehead of this end-time ‘woman’ is written, a mystery, ‘Babylon the Great, the mother of harlots and of the abominations of the earth’ (Rev 17:5). The mystery that God has revealed for the first time is that this woman will dominate the end-time political system of the beast for the first 3,5 years of the Tribulation period. But the identity of this woman is neither a mystery nor a surprise: ‘And the woman that you saw is the great city that has dominion over the kings of the earth’ (Rev 17:21). This city is named six times in Revelation, namely Babylon (Rev 14:8; 16:19; 17:5; 18:2, 10, 21).

The following table summarises the various connections that exist between Babylon in the two Testaments:

According to Bible prophecies, by the time the seven-year Tribulation period begins, the literal city of Babylon will have been rebuilt again in modern-day Iraq near the Euphrates river. By that time, Babylon will not only thrive economically, but it will also be the religious headquarters of the age-old idolatrous mother-child religious system. Babylon will house the ‘Mother’ of harlots, implying that Roman Catholicism is merely an inferior, lesser version of the final cult system. The mystery that God reveals in Revelation 17:5 is that for the first half of the Tribulation period, Babylon will rule over the anti-Christian world government-beast of that day. But Babylon the Great will be completely destroyed; its building materials will never be used again (Jer 51:26). At that time, the commercial and religious activities of the city will be destroyed. According to Bible prophecies, when Christ returns at the end of the Tribulation period, He will destroy the lawless one with the brightness of His coming and then set up His Messianic kingdom, ruling from Jerusalem.

This article acknowledges its debt to Dr Andy Woods, whose various presentations on Babylon can be found on YouTube.

Dr Woods also wrote an article that covers this material in depth.