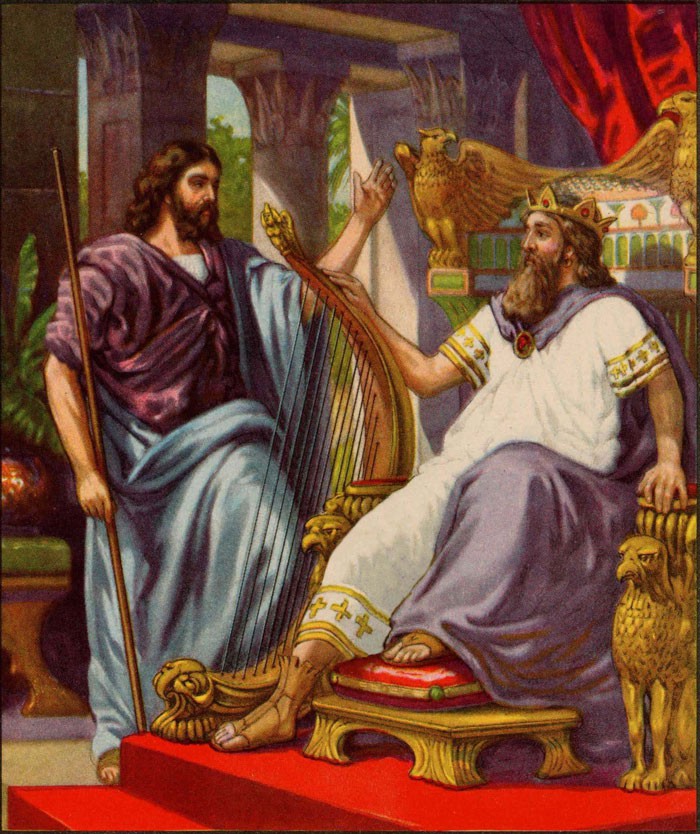 Can a nation have a kingdom without a king?

Israel was not without a king, because God is its King (cf. 1 Samuel 8:5-8), but Israel insisted on having a king like the human kings of all the surrounding nations, someone with a human nature. What happened then?

After Saul’s disobedience, God used the prophet Samuel to anoint David as king. After an extended period of time, David became the king of both Judah and Israel and the Ark of the Covenant was brought to Jerusalem. David then expressed a desire to build God a temple and one of the theological highlights of the Old Testament follows (cf. Grisanti 1999:233): God established an unconditional covenant with David.

To summarise the Davidic covenant: God promised His servant David four eternal things: an everlasting house or dynasty, an eternal throne, an eternal kingdom and an eternal Descendant (or Seed). The eternal nature of the house, throne and kingdom is guaranteed because the seed of David reached a climax in One who Himself is eternal – the Messianic God-Man, the Lord Jesus Christ.

What will Jesus’ government look like when He rules over Israel and all the nations of the earth from the throne of David in Jerusalem in the Millennium Kingdom in terms of the Davidic Covenant (cf. Zechariah 14:4-21)? Christ’s reign will be characterised by right and justness and there will be infinite peace – even in the animal kingdom (Isaiah 9:6; 11:3-5). The Lord Jesus Christ will judge all the nations and administer justice to all nations. There will no more be war (Isaiah 2:4). Briefly: truth, holiness and justness will characterise the Messianic Kingdom.

What will government structures look like during the Messianic Kingdom? The Lord Jesus Christ will very clearly rule as King of the whole earth (Psalm 2:6-8; Isaiah 9:6-7; Jeremiah 23:5-6 and Luke 1:30-33). Under the Lord Jesus Christ there will be two governing branches: one for Israel and another for all the non-Jewish nations:

A nation cannot have a kingdom without a king. The Messianic kingdom will be established for Israel and the King of the Jews will rule in terms of the Davidic covenant. The Lord Jesus Christ will rule not over Israel only, but over all the nations of the earth (Psalm 2:8).

In Part 7 of the series, we will discuss the New covenant.

Woods, A. 2011. The prophetic significance of the Davidic line and covenant.