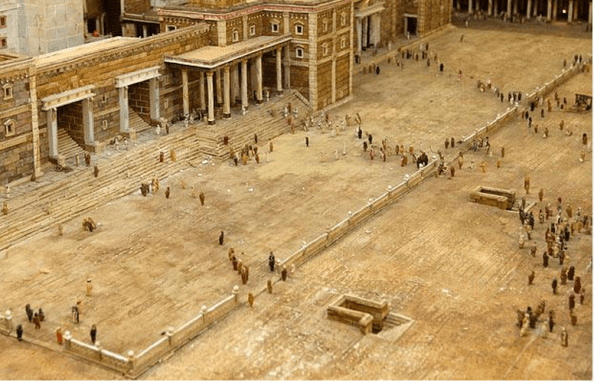 The Mosaic Law is described by Paul as the “the middle wall of partition” (Ephesians 2:14 ASV), that is to say the “law of commandments contained in ordinances” (Ephesians 2:15). If, during the time that the Mosaic Law was applicable – from Sinai to the cross of the Lord Jesus Christ – anyone was saved by God’s grace, which of the covenants were applicable and how did believers then have to live before God?

Any Jew that came to believe had to live in accordance with the Mosaic Law, but the situation was more nuanced for the non-Jewish believer.

Any non-Jew saved graciously from his or her sin at the time when the Mosaic Law was effective, had two options. The first was to remain in his or her own country and to obey the Noahic covenant as well as those provisions of the Abrahamic covenant that are applicable to non-Jews, for instance blessing the Jewish descendants of Abraham (Genesis 12:3). Examples of believers who followed this option include the Queen of the South and the inhabitants of Nineveh (Matthew 12:41-42).

The second option for a believing non-Jew that was applicable when the Mosaic Law was effective was to become a proselyte. Such persons had to accept the yoke of the Mosaic Law onto their shoulders. In the same way that the keeping of the Sabbath served as a sign of Jews’ commitment to the Mosaic covenant, it served the same purpose for proselyte men. Proselyte women such as Rahab and Ruth were to remain subject to the Mosaic Law and the covenantal sign was likewise the Sabbath. Note that one of the 613 provisions of the Mosaic Law was that men were to be circumcised. In the case of a Jewish male whose parents had circumcised their son on the eighth day in obedience to the covenantal sign of the Abrahamic covenant, this provision had of course been met once and for all. Proselytes, however, are not Jews. The Abrahamic covenant was made with Abraham as head of the Jewish nation, so male proselytes had to be circumcised physically in terms of the Mosaic covenant and not on the basis of God’s covenant with Abraham.

The situation underwent a drastic turn at the first advent of the Lord Jesus Christ. The New Testament teaches that the Mosaic Law was terminated or rendered inoperative at the cross of the Lord Jesus Christ (Romans 10:4; 2 Corinthians 3:3-11; Galatians 3:19-22; Ephesians 2:11-18; Hebrews 7:11-12, 18). Christ broke down “the middle wall of partition” (Ephesians 2:14 ASV) so that the blessing of Abraham (the New covenant) could come to the Gentiles (i.e. the non-Jews) in Christ Jesus and that we, the non-Jews, could receive the promise of the Spirit through faith (Galatians 3:14).

During the Church age, Christ Jesus as Head builds His body by baptising Jew and non-Jew into one body, a mystery not previously revealed (Ephesians 3:1-12). As distinct from the time when the Mosaic Law was in effect, non-Jewish believers in Christ are partakers (as non-Jews) of all spiritual blessings in the heavens in Christ Jesus (Ephesians 1:3). After the cross, non-Jewish believers must no longer live under the Mosaic Law. It is prohibited in Galatians 3! Non-Jewish believers do not have to comply with the covenant of the Sabbath and non-Jewish men do not have to be circumcised as was required of proselytes by Mosaic Law prior to the cross.

In terms of the New covenant, every believer receives the indwelling Holy Spirit ever since Pentecost. This will continue until such time as the Bride has been raptured to her Bridegroom (John 14:2; 1 Corinthians 15:51-52; 1 Thessalonians 4:13-18). After that event, God will continue with carrying into effect His plans for the Christ-rejecting nations. First, there will follow the Tribulation Period of seven years, but thereafter the restoration and establishment of the Messianic Kingdom on earth.