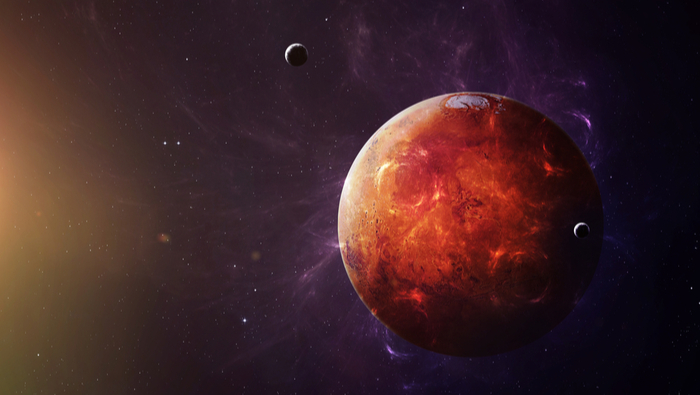 If Elon Musk and his SpaceX company’s website is to be believed – if – their goal is to build a ‘Mars base, from which we can build a thriving city and eventually a self-sustaining civilization on Mars’. Apparently, the idea is to ‘make life multiplanetary’, because becoming ‘a multi-planet species beats the hell out of being a single planet species’ (Musk 2017:8). How do these dreams square with God’s order, and with God’s mediatorial kingdom on earth?

A kingdom envisages first, a ruler with the right to rule; second, a realm to be ruled; and third, the exercise of the function of rulership. God created the heavens and the earth. As Creator, He has every right to rule over all that He created – and He rules. The universal kingdom of God is everlasting and universal over all in heaven and all on earth; the kingdom, the throne, power, glory, majesty and victory belong to God (1 Chr 29:11; Ps 103:19; 145:13). Beacham (1996:235) defines the eternal or universal kingdom of God as ‘God’s macrocosmic rule through his exclusive, sovereign dominion over all of creation, a rule without pause or end’.

Within God’s universal kingdom, there is a smaller domain, namely the earth. According to Psalm 115:16, the ‘heaven, even the heavens, are the LORD’s; but the earth He has given to the children of men.’ Further, the earth should be inhabited: ‘For thus says the LORD, who created the heavens, who is God, who formed the earth and made it, who has established it, who did not create it in vain, who formed it to be inhabited” (Isa 45:18). Although God is enthroned in heaven over his universal kingdom, God has given human beings, which He created in His image, the task of ruling over the earth on his behalf (Gen 1:26-28; Ps 8; Heb 2:5-8). Within the over-arching universal kingdom of God, there exists a more limited kingdom, an earth-oriented and time-related kingdom which can be called the mediatorial kingdom of God (cf. Beacham 1996:235).

The first Adam was given the task of mediating God’s rule over the earth. Much of the Bible’s storyline is about the Last Adam restoring what the first Adam lost. After Adam’s fall, God promised that He will restore such kingdom rule (cf. Gen 3:15). This will be achieved through a descendant of Abraham, more specifically through a descendant of David, who will be established ‘in My house and in My kingdom forever; and his throne shall be established forever’ (1 Chr 17:14). The final form of the mediatorial kingdom of God on earth will be ruled by the Son of David, Jesus Christ.

Importantly, the universal King has decreed that the realm over which human beings will rule, under Christ, is the earth.

But the heavens are the Lord’s. The heavens are God’s domain; it is not the property of various pagan gods and idols. God created the (plural) heavens (Gen 1:1). Everything above the earth can be said to be ‘heaven’, but one can identify a first heaven, namely the atmospheric heaven; the second heaven, which is the outer space that contains the stars and the planets; and the third heaven, where God has localised His omnipresence, and where the throne of God is (cf. Ps 8:1). Eventually, when God has created a new heaven and a new earth, God will move His throne to the earth (Rev 21:2-3). As for Mars, and as part of this present creation, it is part of the second heaven.

God invites humankind to explore His creation. After all, how else can humankind be good rulers on earth if they don’t know how things work? So, investigate, explore, discover! David wrote that he considers God’s heavens, the work of God, the moon and the stars, which You have ordained (cf. Ps 8:3). To what end, why study the work of God? To know God, to know Him better, to know more of God’s attributes. Paul wrote: ‘For since the creation of the world His invisible attributes are clearly seen, being understood by the things that are made, even His eternal power and Godhead’ (Rom 1:20). The whole idea is to honour God and to thank God (cf. Rom 1:21).

Humankind is to use a better understanding of God’s creation to become better stewards. Where should this knowledge be applied? The domain where God has placed humankind is the earth. Explore as far as you can, but the realm where humankind should apply what we have learnt from God’s creation is the earth. It is not Mars. We are not a ‘multi-planet species’. We have not been made to become part of a ‘self-sustaining civilization on Mars’. Trying to establish a human civilisation away from that domain, outside of that order, may well be rebellion. These dreams are part of a secular version of eschatology.

As for building a ‘self-sustaining’ civilisation, what can humankind do if God does not sustain his universe? Colossians 1:17 (cf. also Heb 1:3) declares that Christ is before all things, and in him ‘all things hold together’. The Greek word translated as ‘hold together’, is sunistemi, which means to be ‘compacted together’, ‘to cohere’, to be ‘constituted with’. Christ is holding together all the laws of nature, including the laws of physics like gravity, electromagnetic forces, strong and weak nuclear forces, etc. The earth is not some self-sustaining ‘god’ with personality (will, emotions, intellect) which can ‘self-sustain’ it – nor is Mars or any other planet for that matter. Further, no human being or civilisation is self-sustaining (cf. 1 Pet 1:24). Eventually, when God will create a new heaven and a new earth, then even the building blocks of the current universe – the atomic elements – will be burned up and be dissolved (cf. 2 Pet 3:10). Incidentally, that will truly be ‘global warming’. God dynamically sustains the universe – and within that big universe you and I are on planet earth.

Missler (2017:19) writes: ‘God is the Sustainer of the universe: He is not uninvolved, remote, detached and impersonal – leaving things to run themselves. He energizes all things according to the counsel of His will (Eph 1:11). He cares about the sparrow that falls to the ground, the widow, the orphan, and the homeless. You.’

← Read Seventy Sevens Read Given to a Nation Producing the Fruits of it . . . →