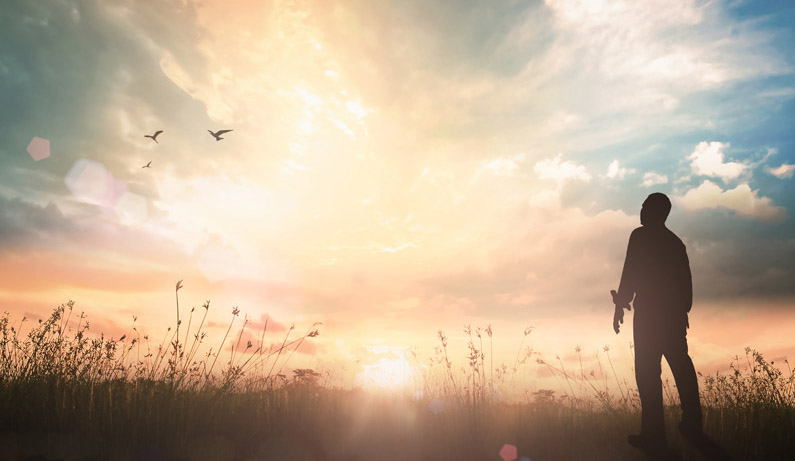 Deity of the Only Begotten Son

Some cultic groups use John 1:1 to deny that the Word, Jesus Christ, is God. Furthermore, the Gospel of John refers to the Word, or Jesus Christ, as the ‘only begotten’ (see Jn 1:14, 18; 3:16, 18). Was there a time when the Word was not? Can you deny the deity of the Son because you think that God created (begotten) the Son at a certain point in time? We investigate using the prologue of the Fourth Gospel, that is, John 1:1-18.

Context: Prologue of the Gospel of John

John 1:1-18 is a summary of all that is to follow in the rest of this Gospel. Themes introduced in the first 18 verses of John’s Gospel are expanded in the rest of this Gospel. John 1:1-18 introduces themes such as the Word, life, light, darkness, witness, truth, grace, regeneration, and the revelation of God the Father in Jesus the Son (Constable 2017:14; Guzik). Carson (1991:111) summarises the prologue of John thus:

But supremely, the Prologue summarizes how the ‘Word’ which was with God in the very beginning came into the sphere of time, history, tangibility—in other words, how the Son of God was sent into the world to become the Jesus of history, so that the glory and grace of God might be uniquely and perfectly disclosed. The rest of the book is nothing other than an expansion of this theme.

Still as contextual background, once the literary structure of John 1:18 is considered, the flow of John’s argument becomes easier to follow. Culpepper (1981) identified the following chiastic structure for John’s prologue:

Notice how the chiastic pivot, verse 12b (section “H”), which is about salvation, matches the purpose for which John wrote this Gospel in the first place (cf. Jn 20:31).

To (very inadequately) summarise this profound prologue: The Word (Logos), which always existed, was with God from all eternity. The Word is God. All things were made through Him, and without Him was not anything made that was made. In the Word is life as well as light — which overcomes darkness. The Baptist witnessed about this Light. Just as all things came into being through the pre-incarnate Word, so will all those who accepted the Word, who believed in the Word, be regenerated, given the right to become children of God. The Baptist testified about this. Life and light came through the Word, but so too grace and truth come through Jesus Christ. The revealer of God the Father is the Son, Jesus Christ.

The Deity of the Word

In the Greek, there is no definite article before ‘God’, neither ‘the’ nor ‘a’. JW claim it should be translated ‘a god’, not ‘God’. As Guzik (n.d.) explains, the claim of the ‘Watchtower defending their translation of John 1:1-2 is that because before the second time “God” is used in verse 1, no article appears (it is written “God” and not “the God”)’.

When no article is present in the Greek text, as is the case here, Constable (2017:15) says it is a grammatically possible translation to supply the indefinite article (‘a’) — but it is definitely wrong here. The very next verse, John 1:2, affirms that the Word, the Son, Jesus Christ, is God. Fruchtenbaum (2016:283) explains:

Moreover, in John 1:18 we find the translated phrase ‘no man has seen God’ – but JW does not translate this text ‘no man has seen a god’. This is inconsistent (cf. Fruchtenbaum 2016:283). In fact, the New Testament frequently refers to ‘God’ without the article. Guzik (n.d.) reasons:

In answer to this approach to Greek grammar and translation, we can only refer to the multitude of other times in the New Testament where “God” appears without the article. If the Watchtower were honest and consistent, they would translate “God” as “god” every place it appears without the article. But it seems that this grammatical rule only applies when it suits the purpose of backing up the doctrinal beliefs of the Watchtower. The Greek text of Matthew 5:9, 6:24, Luke 1:35 and 1:75, John 1:6, 1:12, 1:13, and 1:18, Romans 1:7 and 1:17, shows how the Watchtower translates the exact same grammar for “God” as “God” instead of “god” when it suits their purpose.

Some cultic groups deny the deity of the Son because they understand the translated words ‘only begotten’ (monogenous) in the Gospel of John (1:14, 18; 3:16, 18) to refer to origin. In short, they say the Word was created. But without a doubt, here ‘only begotten’ refers to uniqueness. As Fruchtenbaum (2016:282) points out, Abraham was told to offer his ‘only son’. But at the time this command was given, Abraham had another son Ishmael — why then was Isaac referred to as the ‘only son’? Because it refers to uniqueness: the Abrahamic covenant was confirmed through Isaac, the unique son of Abraham. Further, angels are called ‘sons of God’ (Job 1:6), Israel is called the ‘son of God’ (Ex 4:22), and believers are called ‘sons of God’ (Rom 8:14; Gal 4:6) — but the Word, the Son of God, Jesus Christ, is uniquely the Son of God because of his eternal pre-existence (Fruchtenbaum 2016:282). It is incorrect and wrong to use ‘only begotten’ to teach that the Word, the Son of God, had an origin.

The Word, the Son of God, is eternal and of the same essence as the other two Persons in the Godhead. At a certain time in history, the Second Person in the Godhead took on human nature (cf. Jn 1:14; Phil 2:5-9) — and yet, He maintained his full deity. It is because of the one-and-only, unique relationship that exists between the Father and the Son, that the Son can reveal the Father: ‘No one has seen God at any time. The only begotten Son, who is in the bosom of the Father, He has declared Him’ (Jn 1:18).

Carson, D.A., 1991, The Gospel According to John, IVP/Eerdmans, Leicester/Grand Rapids.