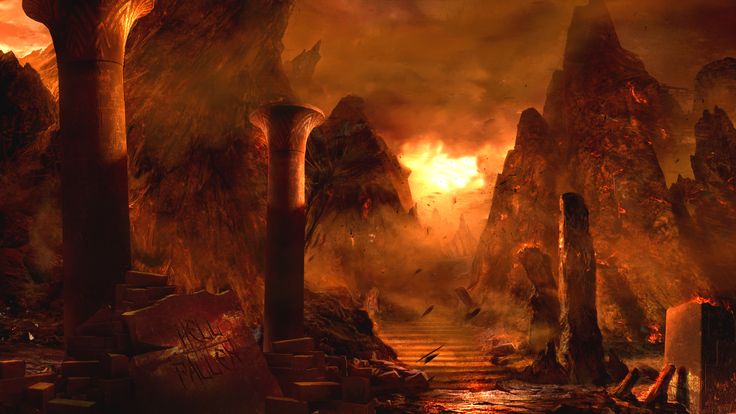 Demonology: The Doctrine of Fallen Angels or Demons (Part 1)

Do fallen angels or demons exist or are they simply ‘emanations’ or ‘powers’ that have no personalities? Are demons responsible for every sin and infirmity? Where do demons come from? We commence a series of three articles about the topic, partially summarising an article by Dr. Arnold Fruchtenbaum (Ariel Ministries) called Demonology: The doctrine of demons.

Are Demons ‘Emanations’ Or Some Abstract Power?

As for emotion, demons have anger, fierceness and fear (Matthew 8:28; James 2:19). And demons each have a will, be it to make requests (Matthew 8:31), to obey commands and orders (Mark 1:27; Luke 4:35-36) as well as the will to leave a person (cf. Matthew 12:43-45). Demons have all the attributes of personality (intellect, emotion and will) and therefore they are not emanations or just some power.

The Bible gives various names for demons. In the Old Testament they are called the ‘angels of evil’ (Psalm 78:49), thus they are messengers of Satan.

While the name ‘sons of God’ (Genesis 6:2, 4) refers to the fact that God created all celestial beings directly, in context one can discern whether this name refers to good/holy angels or to fallen angels/demons. Another name is the Hebrew word ‘shedim’, which refers to a demon’s desire to be lord over or to rule over a person. Another Old Testament name for demons is ‘seirim’, which refer to animal-like features of demons, such as the form of goats (cf. Leviticus 17:7; 2 Chronicles 11:15; Isaiah 13:21).

The New Testament uses four categories to name or describe demons. The first category uses names containing the same Greek root for ‘demon’ and is used 79 times in the New Testament. The meaning of the root for demon is ‘intelligence’, because demons are intelligent beings. In the Greek, you find the words ‘daimon’ (Mathew 8:31), ‘daimonion’ (Luke 4:33), ‘daimoniodes’ (James 3:15), ‘daimonizomai’ (Matthew 4:24), ‘deisidaimonesteros’ (Acts 17:22) and ‘deisdamonis’ (Acts 25:19).

A third category of names of demons is the word ‘angels’. The word ‘angel’ means ‘messenger’. Demons do the bidding of Satan so they are messengers of Satan (Matthew 12:24; 25:41; Revelation 12:7-9).
A fourth name is ‘destruction’, as noted in Revelation 9:11. The demon of the abyss is called Abaddon in Hebrew and Apollyon in Greek. This name means ‘destruction’.