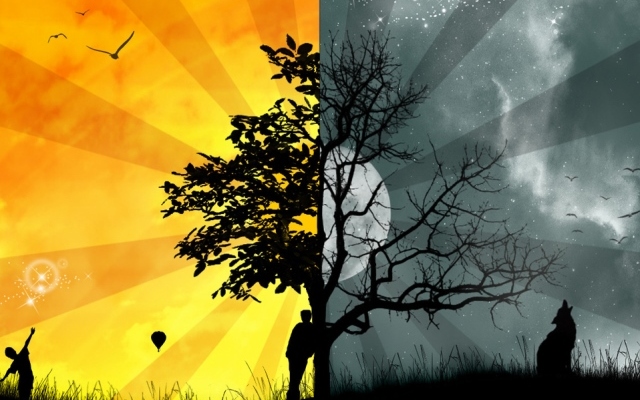 Based on the first words in this book, the Hebrew title of Deuteronomy is ‘ēlleh haddėbarîm which means ‘these are the words’. This title is appropriate because, under the inspiration of the Holy Spirit, the fifth and last book of the Pentateuch contains the last ‘words’ of Moses. As the younger generation who survived the wilderness wanderings is about to enter the Promised Land, Moses speaks to them on the Plains of Moab (Deuteronomy 1:1-3). This farewell address of Moses was delivered in about 1405 BC, just before Israel crossed the Jordan River. The last verses of Deuteronomy describe the death of Moses and events thereafter (34:5-12) — these verses may have been written by Joshua.

The Structure of Deuteronomy

Deuteronomy begins with Moses reviewing Israel’s past since the Exodus (1:1-4:43). He discusses the failure at Kadesh-Barnea, the wilderness wanderings, the experience with Og of Bashan as well as the greatness of the Law which God gave Israel. This is followed by a second discourse in which Moses mentions the Ten Commandments as well as various specific stipulations (4:44-26:19). A third discourse notes the blessings for obedience and curses for disobedience to the Law of Moses (27:1-28:68). What follows in Deuteronomy 29:1-30:20 is the Land Covenant. Thereafter one finds the final words and acts of Moses, his death and the end of the book (31:1-34:12). The following structure may be appropriate for Deuteronomy:

The Relevance of Deuteronomy

Deuteronomy is one of the four Old Testament books most often quoted in the New Testament (the other three being Genesis, Psalms and Isaiah). When Satan tempted him, Jesus quoted from Deuteronomy every time (Matthew 4:1-11). Deuteronomy summarises the first great commandment: ‘You shall love the LORD your God with all your heart, and with all your soul, and with all your mind’ (Deuteronomy 6:5; cf. also Matthew 22:37-38). In fact, Coakley (2014:265) notes that Deuteronomy is the first book in the Old Testament to command believers to love God (11:1; 30:16). According to Merrill (2011:267), Deuteronomy is perhaps the ‘pre-eminent theological treatise of the OT, a composition that not only articulated for Moses’ generation who they were and what was expected of them, but also provided the standard of belief and behaviour against which all subsequent generations were to assess themselves’.

The Theme and Purpose of Deuteronomy

Deuteronomy 17:14-20 instructs every future king in Israel to handwrite his own copy of ‘the book of the law’ so that he would know God’s love and His commandments for Israel. ‘One of the great revelations of this book is the motivation of God: God’s love for people moved Him to bless’ (Constable 2016:8). According to Coakley (2014:263), the theme and purpose of Deuteronomy is to call Israel to covenant loyalty and obedience, for each ‘subsequent generation of readers is, as it were, on the plains of Moab being reminded to love the Lord wholeheartedly and not to forget the God who graciously fulfils promises and longs for a personal relationship with His children’. While Moses did not enter the Promised Land before his death, God’s love for Moses has already resulted in blessing, for Moses was in the land of Israel with the Lord Jesus Christ on the Mount of Transfiguration. Since Jesus is the King of Israel, we can infer that Jesus in his humanity is not only very well acquainted with Deuteronomy and loves Israel, but God loved the world so much that He gave His only begotten Son that whoever believes in Him shall not perish but have everlasting life (John 3:16).