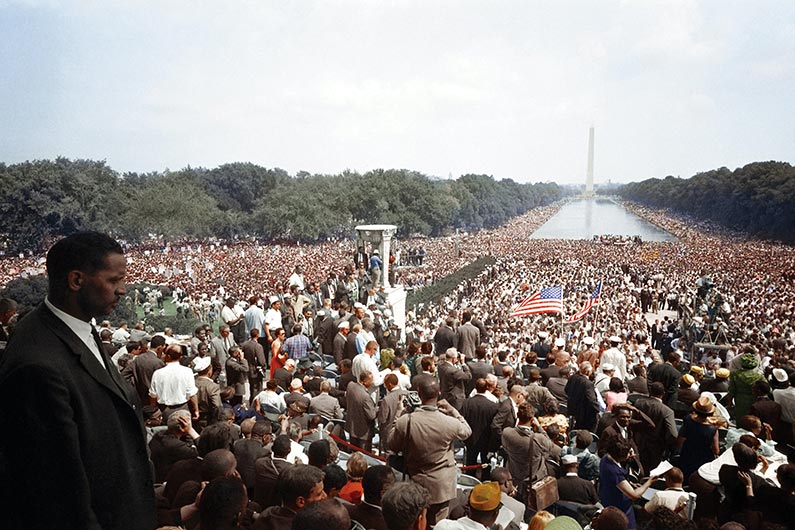 The Doctrine of the Lesser Magistrates

When a State (through a ruling party) attacks citizens’ God-given rights and freedoms, can something be done about it? More specifically, when human authority directly contravenes God’s laws and instructions, must citizens accept such a tyrannical abuse of authority? Concerning civil government, what is the doctrine of the lesser magistrates, and what is interposition? Perhaps you must stand in the gap during a time of crisis.

God is the King of the universal/eternal kingdom. God has called humankind to work, instituted marriage and family, made nations, ordained national governments, and Christ is building his Church since Pentecost. To each of these institutions, God has delegated authority in its sphere (or ‘realm’). Whereas God’s authority is absolute and unlimited, authority in human institutions is always delegated authority, always limited, and never autonomous.

Whatever the delegated human authority may concern itself with—e.g. marriage, civil government, family life, etc.—God’s laws always trump human laws (cf. Trewhella 2012:xi). “Disobedience of higher authority seems justified when the authority requires a believer to disobey the laws of God” (Ryrie 1970:159). Cone (2016:177) summarises the basic principle as being “willing to disobey human law when it directly contradicts God’s revealed directions.” Disobedience can arise when God commands us to do something but which a human authority prohibits, or when a human authority commands us to do something which God prohibits. Human law that contravenes God’s law may be disobeyed; if it is not disobeyed, acquiescence may dishonour God. For example, God clearly says you may not steal. But if a government promulgates a law that allows theft, then such a law can be disobeyed. (Of course, such a government would not say “thou may go and steal”, but would use other words such as “expropriation without compensation”—and employ all manner of rhetoric to justify their lawlessness. But God is not mocked.)

The basic principle is applicable in all areas of human life where God has delegated authority to human institutions. Concerning civil authority, Cone (2016:178) remarks as follows: (1) There is an order of priorities in showing honour and obedience, and God always comes first; (2) There can be instances when government mandates against Biblical mandates, and in those instances, believers have a responsibility to obey God; and (3) If civil disobedience is Biblically justified, the examples show that the consequences should be accepted and peaceably encountered.

As the authors of the Magdeburg Confession illustrate, if a father of a household commands his wife and daughters to go and prostitute themselves, the wife and daughters must quite evidently disobey the instruction. This terrible example is taken from the sphere of family life. But the same principle can also be applied in the sphere of civil government—which is what the Magdeburg Confession is about.

On 15 May 1548, Emperor Charles V, a so-called Holy Roman Emperor, imposed his Augsburg Interim decree. This law forced Christians back under traditional Roman Catholic beliefs, practices and rules. One city in Germany, the little town of Magdeburg, refused to submit to this decree, defying the Emperor. As tensions mounted, Lutheran (as well as Brethren) leaders wrote a defence of their city’s position. Published on 13 April 1550, the Magdeburg Confession sets out the Biblical doctrine of the Lesser Magistrates. A short time later, the Emperor had Magdeburg besieged for 13 months.

A Summary of the Doctrine of the Lesser Magistrates

With due recognition to the work of Trewhella (2013:105), and in the context of civil government, the Lesser Magistrate Doctrine can be defined as follows: “When the superior or higher authority makes laws or decrees contrary to God’s laws or decrees, then the lesser or lower ranking civil authority has both a right and a duty to refuse obedience to the superior authority. If necessary, the lesser authorities even have the right and obligation to actively resist the superior authority.” If the lesser civil authorities do this, they would be “interposing”. Interposition is that “calling of God which causes one to step into the gap—willingly placing oneself between the oppressor and his intended victim” (Trewhella 2013:105). Such acts of interposition are in defence of God’s laws and instructions (cf. Trewhella 2013:105).

While not an example in the sphere of civil government, remember Shiphrah and Puah who received Pharaoh’s command to murder baby boys (cf. Ex 1:15-16). Who was going to stand in the gap, interpose between the evil king and defenceless babies? “But the midwives feared God and did not do as the king of Egypt had commanded them, but let the boys live” (Ex 1:17). God blessed Shiphrah and Puah (cf. Ex 1:20-21). The wise men from the East likewise disobeyed Herod, and were they not also blessed by God (cf. Mat 2:1-12)?

Christians are called to live holy lives, walking worthy of our calling. Every facet of a believer’s life is improved as a result of progressive sanctification, of growing in the grace and knowledge of our Lord and Saviour, Jesus Christ (cf. Scholtz 2020:219). As for the Church, she is called to glorify God, edify believers, and to make disciples. But making disciples, Cone (2016:179) warns, is not the same as setting up a theocracy. “Jesus’ kingdom will come – but it will be His doing, not ours, and in His timing, not as a result of our political efforts”, writes Cone (2016:179), adding that “historically whenever religion has centralized its focus on attaining political power for the conversion of the masses the results have often been horrific.” The default position of the Christian is to obey God and to obey the delegated human authorities which God instituted. But if a human authority goes against God’s laws and commands, then disobedience to such human authority can be justified—but only then.