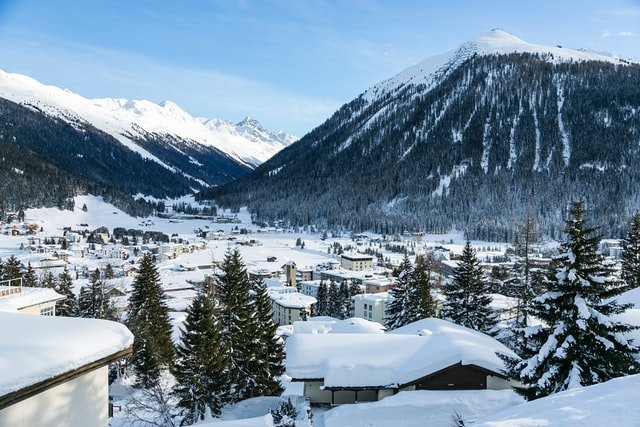 God has foreknowledge, for He knows what will happen in the future (Isa 46:9-11). God is omniscient, for He knows what could have happened (cf. Mat 11:20-24). Human beings, of course, do not have foreknowledge and we are not omniscient. We do not even know if we will have breath in our lungs tomorrow morning (cf. Jam 4:13-14). Sure, we make plans for the future, but believers do so dependent upon God. We want God’s will to be done. For this reason we ought to say, “If the Lord wills, we shall live and do this or that” (Jam 4:15). Given this background, it is interesting to see what the World Economic Forum (“WEF”) recently prognosticated for the world by the year 2030. In a 93-second video, the WEF makes eight predictions nine years into the future (see the link below). We review these eights predictions.

“You’ll own nothing and you’ll be happy. Whatever you want you’ll rent and it’ll be delivered by drone.”

An economic system whereby “you will own nothing” is of course a Marxist-Communist system. Property rights are denied and given to a “state”, but really, the spoils are stolen by an unelected elite. Presumably this elite will rent the (stolen) assets to others. Marxist-Communism is pure atheism. It is against God. In the unconditional New Covenant, God commands that you must not steal (Eph 4:28; cf. Rom 13:9). This prediction of the WEF where “you will own nothing”, directly contradicts God’s command not to steal. Maybe the World Economic Forum could rename itself to reflect its first goal: the World Communist Forum.

It is impossible for the WEF to know how people will react to this prediction. Saying “you’ll be happy” when your freedoms and property are stolen, is nonsense. Will you enjoy being a slave?

The US won’t be the world’s leading superpower. A handful of countries will dominate.

According to the Bible, by the time the Tribulation Period starts, there will be a one-world order (“beast”) with ten kings – but with a world religious authority ruling (“woman sit on the beast”) over these kings (cf. Dan 7:23-25; Rev 17:1-7). Clearly, no one nation will, at that time, be a super-power, but rather the world will have ten supra-regional leaders, or “kings”. Whether they know it or not, what the WEF is predicting fits neatly into God’s prophecies. What these “big names” are talking about today, God had already said at least 2000 years ago.

One of the tenets of Marxist-Communism is to divide and conquer. The current US President, Joe Biden, is executing this “Make America Divided” (“MAD”) strategy. And he is smashingly successful at the moment.

You won’t die waiting for an organ donor. We won’t transplant organs, we’ll print new ones instead.

You’ll eat much less meat. An occasional treat, not a staple. For the good of the environment and your health.

Adam and Eve was given the task to rule over the earth, always in subjection to the King of the universe, God the Father, through the Son. It seems that the WEF wants to flip this on its head: human beings must serve the earth and its environment. When Revelation speaks of “earth dwellers”, it refers to humans who refuse to believe in Christ, but rather choose to serve the created (which is idolatry).

In 1 Timothy 4:1, the apostle was inspired to write: “Now the Spirit expressly says that in latter times some will depart from the faith, giving heed to deceiving spirits and doctrines of demons.” Paul then adds two examples of such doctrines of demons, one of which is: “Commanding to abstain from foods which God created to be received with thanksgiving by those who believe and know the truth” (1 Tim 4:3). God has told humankind that we may, with thanksgiving, eat meat, but without the blood (Gen 9:2-4; cf. Acts 15:29). According to the WEF, less meat is good for your health. The WEF is not yet predicting an outright ban on eating meat, but it is getting a tad close. Again, the Holy Spirit did not just say these things, He said it “explicitly”. Watch this space.

A billion people will be displaced by climate change. We’ll have to do a better job at welcoming and integrating refugees.

One wonders how the WEF could possibly make this prediction. It is not predicting that (say) 250 million people will be displaced, but a cool, round billion of people. The reason given for about 12,5% to 14,3% of the world’s population being displaced, is “climate change”. Moreover, even now the WEF is insisting that countries welcome “climate change refugees”. Clearly, the WEF’s goal is trans-nationalism; it is globalism. Sending a billion people from one culture to another is a recipe for getting rid of national sovereignty and advancing the goals of globalists. If covid makes the world fearful, imagine what an existential fear called “climate change” could be used for. Globalism without the Lord Jesus Christ ruling on earth will never work. Globalism under the Antichrist will be hell on earth (cf. Mat 24:21-22).

Polluters will have to pay to emit carbon dioxide. There will be a global price on carbon. This will help make fossil fuels history.

Define “polluters”. Prove your claims scientifically. You can’t. This prediction implicitly assumes a global government (to be able to set a global price on carbon). This war against fossil fuels, carbon taxes etc. will ultimately create incredible food shortages.

Again, God has said this is how this dispensation will end (cf. Dan 7:23-25; Rom 13, 17). When will this “evil age” end (cf. Gal 1:4)? Human beings do not know the timing of it all. God is in control. He is sovereign. The WEF does not set the agenda. God does. Still, every day that goes by is another day closer to the Rapture and the Tribulation Period.

You could be preparing to go to Mars. Scientists will have worked out how to keep you healthy in space. The start of a journey to find alien life?

Who are these “scientists”? Can these scientists tell the difference between a male and a female? (Humanity hasn’t had any problems with this for nearly 6000 years.) Do these scientists say males can give birth to a baby? Do these “scientists” know the difference between a “vaccine” and an “experimental drug”? God wants humankind to rule over the earth on His behalf, not to load batteries and live on Mars. It would not surprise me if the “alien life” that the WEF is predicting turns out to be Satan and his demons.

Western value will have been tested to the breaking point. Checks and balances that underpin our democracies must not be forgotten.

What about Eastern values, or African values? No, the target is the Judeo-Christian worldview which have characterised the West for millennia. The worldview of Christians and Jews are being targeted. Moreover, the WEF is not really seeking “democracies”, for it is predicting a global government to tax globally (see 6 above). Further, even in the USA, elections are already crooked, so “democracy” can hardly exist.

There it is then: eight predictions. The WEF wants a global Marxist-Communist government to rule over slaves who “own nothing”, tell them what to eat and how much energy to use. Global trade in slaves will happen (Rev 18:13), not to mention meeting up with “alien life”.

Believers in Christ can make predictions about the future, but the only basis for doing so is by interpreting God’s Word. God told humanity in detail what will happen during Christ’s first coming – and all these prophecies came to pass exactly as God foretold. The same will be true for the “day of the Lord”. Prophecies about the rapture, the Tribulation Period, Christ’s second coming and the millennium will come to pass, exactly as God foretold. When will it happen? God knows the timing of these events, we do not.

The Psalmist (2:1-3) asks: “Why do the nations rage and the peoples plot in vain? The kings of the earth set themselves, and the rulers take counsel together, against the LORD and against his Anointed, saying, “Let us burst their bonds apart and cast away their cords from us.” Then God shows his reaction: “He who sits in the heavens laughs; the Lord holds them in derision” (Ps 2:4). Evil will have its day, but then Christ will destroy it with the brightness of His coming.

Jesus Christ, the Son of God, died, was buried and rose from the dead to pay the penalty for sins. Only Jesus Christ, the Son of God, can save you and I from our sins; only He can give eternal life. God offers salvation as a free gift, but you must personally accept this good news of Christ by faith. Change your mind from placing your trust in your own works and your own “merits”, as if that can take away the penalty of your sin. Place your faith in Christ Jesus, the Son of God. Let today be your day of salvation. Again, the world and all its lusts will pass away (1 Jn 2:17). But if you believe in the Lord Jesus, you will be saved (Acts 16:30). Jesus Christ is still inviting every human being to find salvation in Him: “Come to Me, all you who labour and are heavy laden, and I will give you rest. Take My yoke upon you and learn from Me, for I am gentle and lowly in heart, and you will find rest for your souls. For My yoke is easy and My burden is light” (Mat 11:28-30). “For God so loved the world, that he gave his only Son, that whoever believes in him should not perish but have eternal life” (Jn 3:16). Jesus said: “I am the way, the truth and the life. No one comes to the Father except Me” (Joh 14:6). Today is still the day of salvation.