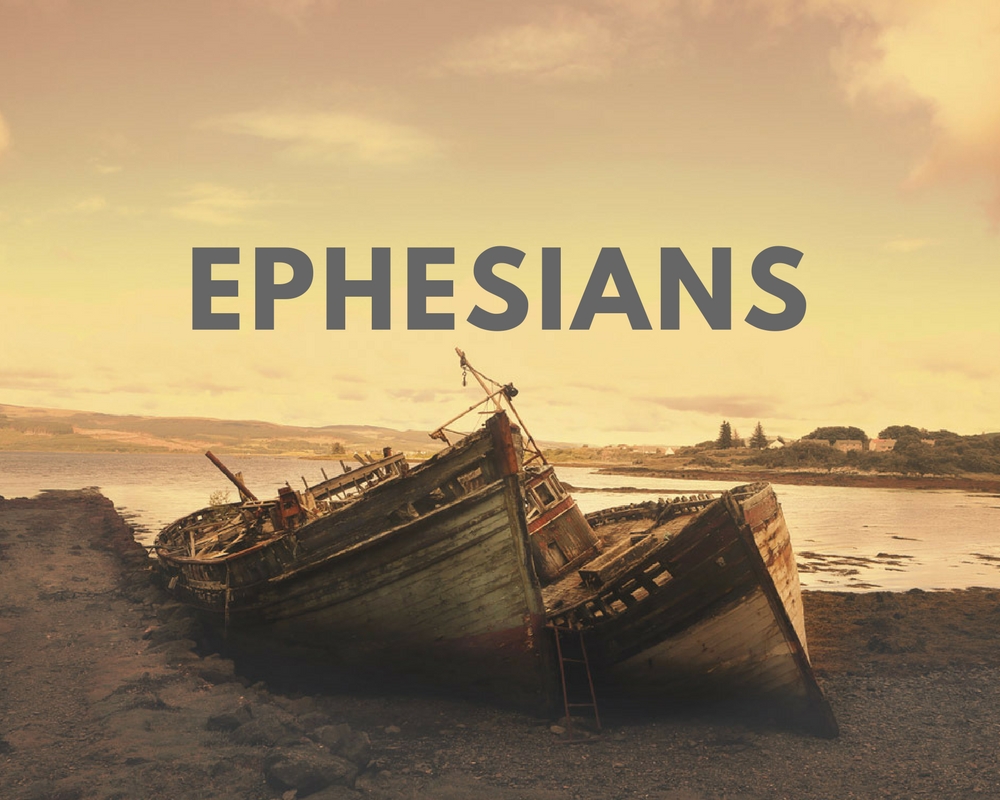 Strategically located ‘on the west coast of Asia Minor, Ephesus possessed one of the few world-class harbours that existed in the Roman Empire, enabling it to serve as the intercontinental gateway linking Europe to Asia’ (Ger 2004:246). Ephesus was the capital city of Asia Minor and had a large population of 500 000.

Although he briefly visited Ephesus at the end of his 2nd missionary journey (Acts 18:19-21), it was during his 3rd missionary journey (AD 53-56) that Paul spent three years there (Acts 20:31). After his third missionary journey, Paul spent four years in protective custody, first during AD 57-58 in Caesarea (Acts 24:26-27) and then during AD 60-61 in Rome (Acts 28:30). Given the references to the Praetorian Guard and Caesar’s household (Philippians 1:13; 4:22) as well as the fact that Paul seems to have been in a centre of travel (Tenney 1985:316), the four “prison epistles” were probably written during Paul’s first imprisonment in Rome and not while in Caesarea. When he wrote these epistles, Paul was a prisoner for Christ Jesus, an ambassador of the Lord in chains (Ephesus 3:1; 4:1; 6:20; Philippians 1:13; Colossians 1:24; 4:10; Philemon 1, 9-10). When the slave Onesimus was converted in Rome, it became necessary to write to his master Philemon — and thus Ephesians, Colossians and Philemon were probably delivered by Tychicus and Onesimus at the same time (Ephesians 6:21-22; Colossians 4:7-9; Philemon 12). Paul wrote the letter to the Ephesians in about AD 60-61.

After arriving in Ephesus and baptising some disciples of John (Acts 19:1-7), Paul spoke to the Jews first, as he always did, reasoning for three months about the kingdom of God (Acts 19:9-10). He then taught for two years in the hall of Tyrannus so that “all the residents of Asia heard the word of the Lord, both Jews and Greeks” (Acts 19:10; cf. v 20). Since the gospel of Christ makes exclusive claims, it was just a matter of time before there ‘arose no little disturbance concerning the Way’ (Acts 19:23). After all, the city of Ephesus was renowned for its occult activities and its large temple ‘later identified with Artemis of the Greeks and with Diana of the Romans’ (Tenney 1985:293). But in Ephesus, ‘God was doing extraordinary miracles by the hands of Paul’ (Acts 19:11). God demonstrated his authority and sovereign power over disease, evil spirits, idols, sorceries and magic arts (cf. Acts 19:12-19). Although they made the statues which they subsequently worshipped, Demetrius and other silversmiths wanted to protect their ‘way’ and their trade by causing uproar (Acts 19:23-20:1). Paul left for Macedonia and Greece but on his way back he called the elders of the Ephesian church to meet him at Miletus. On the beach, Paul delivered a long and moving farewell speech (Acts 20:15-38).

Ephesians 1-3 deals with theology and doctrine whereas the Ephesians 4-6 deals with ethics or application. According to Bailey and Constable (1999:396), Paul’s purpose in writing Ephesians is the ‘exposition of the mystery of the Church (1:9; 3:3-4, 9; 5:32; 6:19)’. The theme of love is also stressed, for the word for love (the verb and the noun) occurs 19 times in Ephesians (Hoehner 1983:614). Love is certainly required to preserve the unity between Jews and Gentiles in the body of Christ. Later, the Lord reminded the Ephesians of their first love (Revelation 2:4).

Hoehner (2002:61-62) provides the following summary of the content of the epistle to the Ephesians: ‘After the prologue (1:1-2) the first portion offers extended praise directed to God for all the spiritual benefits given to those who are in Christ (1:3-14), which is followed immediately by a commendation to the readers for their faith and love and a petition for wisdom and revelation (1:15-23). The readers are reminded of their relationship to God before and after their conversion (2:1-10) and the new union of Jewish and Gentile believers who are now considered one new person, the church (2:11-22). Consequently, there is not only reconciliation of human beings to God but also between Jewish and Gentile believers. Having explained this, Paul, in a parenthetical section, describes the mystery which is the union of Jew and Gentile believers in Christ and his ministry in dispensing the mystery to the Gentiles (3:1-13). He concludes the first part of the letter that the Ephesian believers may be strengthened in love so that the union of Jewish and Gentile believers may be carried out in God’s power (3:14-21).’ This concludes the first section of Ephesians (chapters 1 to 3).

Paul is then inspired to focus on the application of the doctrinal truths taught in Ephesians 4-6. This portion is subdivided into six sections, five of which are governed by the imperative to “walk” (Hoehner 2002:62):

A New Testament mystery is not some unexplained riddle or complicated problem, but rather something that God has now directly revealed (3:3-6). Currently, God is at work by uniting Jewish and Gentile believers in one body, the bride of Christ (3:3-7; 5:32). In the future, as other prison epistles also make clear, every knee will bow before Christ, confessing that Jesus Christ is Lord (Philippians 2:9-10; cf. Colossians 1:20). Eventually God will unite all things in heaven and on earth in Christ (1:9-10).

← Read Galatians read The Epistle to the Philippians →