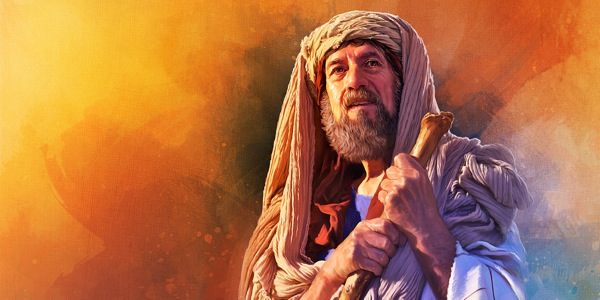 The very first word in the Hebrew text is Berē’šît, meaning ‘in the beginning’ — and Hebrew titles of Bible books often base their name from the first or second word of the book. Genesis is indeed a book of beginnings, first telling how God created the heavens and the earth in the beginning. It tells of the first human beings that God created, their fall, what happened to their descendants and what God in his grace and mercy is doing to restore fallen humankind. It also tells us how 70 nations after the flood fell and how God in his grace and mercy intends to restore nations through a chosen nation called Israel. The head of this nation is Abraham and the covenant promises have been confirmed through Isaac, Jacob and his twelve sons. Not only does Genesis explain many beginnings, but it is also the beginning of the five books of Moses, collectively referred to as the Torah, or the ‘The Law of Moses’. The English title of the first book in the Bible comes from Jerome’s Vulgate translation (in Latin: ‘Liber Genesis’) which in turn comes from the Greek translation of the Old Testament, the Septuagint — and again, Genesis means ‘in the beginning’.

The Author of Genesis

Under the inspiration of the Holy Spirit, Moses wrote not only Genesis, but also the other books of the Torah, namely Exodus, Leviticus, Numbers and Deuteronomy. This is confirmed in Exodus 17:14, Leviticus 1:1–2, Numbers 33:2 and Deuteronomy 1:1 — and Joshua 1:7 likewise confirms that Moses wrote the ‘book of the law’. Since the events described in Genesis happened before Moses’ birth, Moses could have used oral and written traditions as source material, but whichever he used, if he did, the writing of the Torah occurred under the inspiration of the Holy Spirit and so the original autographs are infallible and inerrant. In fact, some argue that even though there may be similarities between the Biblical and Ancient Near-East accounts of creation, the flood, etc., Genesis is in fact a repudiation of many pagan myths and ideas about origins, humankind, the flood, etc. (Merrill, Rooker & Grisanti 2011:177). Since the last chapter of the Torah, Deuteronomy 34, describes the death of Moses, it would be quite unusual for Moses to have penned this chapter, but if this was added by another person, this writing too occurred under the inspiration of the Holy Spirit and so the original autograph is again infallible and inerrant. Jesus affirms that Moses wrote the Torah (Matthew 8:4; 19:8; Mark 7:10; Luke 16:29–31; 20:37; 24:27; John 7:19, 22) and Bible books after the Gospels (Acts 15:1; 26:22; Romans 10:19; 2 Corinthians 3:15) also confirm this. What Moses wrote in Genesis can be described as a series of ‘tôledôts’, that is, a narrative linked by a series of ‘these are the generations of’, followed by a description of what happened thereafter.

The Structure of Genesis

If you make geography the organising principle to determine the structure of Genesis — a perspective held by a minority — then the book may be divided into three sections: in Babylonia (chapters 1–11), Canaan (12–36) and then in Egypt (37–50). Another view suggests that Genesis falls into two main sections: From creation to the tower of Babel (chapters 1–11), followed by the history of Abraham until Joseph (12–50). This view has symmetrical balance: the first section has four major events (creation, fall, flood, Babel) whereas the second section describes four great men (Abraham, Isaac, Jacob and Joseph); the first section has the themes of the origins of the world, the human race and of nations, whereas the second section discusses the origins of the Jewish nation Israel (as discussed by Fruchtenbaum 2009:5). The preferred structure, however, is to use the various ‘tôledôts’ as the structural key to outline this book of beginnings. Each section of the book is headed by a tôledôt, followed by an explanation of ‘what happened to…’ — be it creation, the heavens and earth or various persons and their descendants or subsequent generations. Each tôledôt shows a narrowing in the focus of God’s program, from all of creation, to Adam, to the sons of Noah from which 70 nations came, to a further narrowing by which God wants to bring blessing through Abraham and the nation Israel (Fruchtenbaum 2009:6; Merrill, Rooker & Grisanti 2011:173). Genesis turns out to be a carefully historical structured narrative, as this table shows:

When Was Genesis Written?

The Purpose and Main Themes of Genesis

Genesis was written to declare that God is the Creator and Ruler of all the universe. In this creation, however, angelic and human beings fell but, despite the fall of Adam and Eve, God has always planned to bring redemption, not only for human individuals and nations, but also for the universe in which sin and death entered (but excluding fallen angelic beings). To show His plan, God made unconditional covenants, first with Noah as a representative of humankind in general and as father of 70 nations, and then with Abraham, specifically as the father of a new Jewish nation through which God wants to bless individuals and nations. Through Isaac, Jacob and his descendants, specifically the eventual seed of the woman, the seed of Abraham — that is Jesus Christ, the Son of God — redemption will be brought not only to humankind, but also to nations in the kingdom and eventually for the universe in a new heavens and a new earth. It is very clear, from the very beginning, that God is the Ruler of all the universe and nothing can stop His plans and purposes.

Applications for Today and for the Year

Every human reading this had his or her biological beginning at conception, typically about nine months before you were born. It is of paramount importance, however, that you be born again (John 3:3–5). Adam and Eve heard what was said to the serpent, namely that the seed of the woman will not only bring about salvation of sins, but also crush any and all false authority over Gods’ creation. Just as God then clothed our first human parents, in the process shedding the blood of animals and covering their sins, so every human being must exercise faith in Jesus Christ who shed his blood on Calvary, was buried but raised on the third day – thereby providing for us not only his clothes of righteousness, but also taking away our sins. You have heard of God’s gracious gift of salvation through the good news of Christ (Romans 1:16–17; 3:21–26; 6:23). It is of paramount importance, however, that you appropriate God’s offer of salvation through faith in Jesus of Nazareth (John 3:3–5). May today be your new beginning, and may this year spiritually speaking be your first year — and for those already spiritually born again, may we all grow in the grace and knowledge of our Lord and Saviour, Jesus Christ.

Would you like to read more about Genesis? We recommend the following: