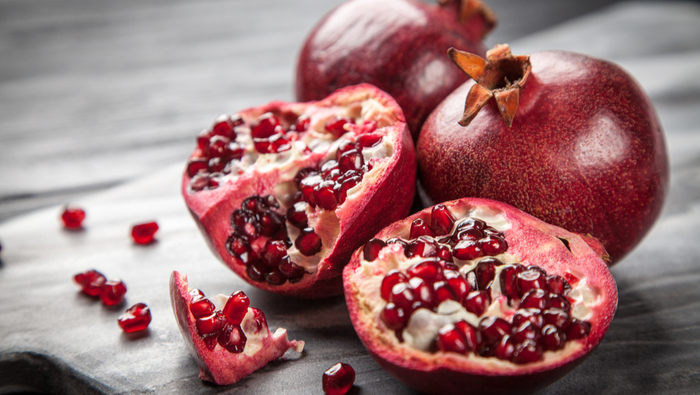 Dressed in a suit and a tie, I’m sitting at the head of a table, together with many theology professors. The event is the oral defence of my thesis about Matthew 13. The examination is now in session, and the first question is…about Matthew 21:43! Jesus said, ‘Therefore I say to you, the kingdom of God will be taken from you and given to a nation bearing the fruits of it’ (Mat 21:43; NJKV). This first question presupposes that the kingdom of God was taken from Israel and given to the Church. But is this presupposition correct?

Although God is enthroned in heaven over his universal kingdom, God has given human beings, which He created in His image, the task of ruling over the earth on his behalf (Gen 1:26-28; Ps 8; Heb 2:5-8). Within the over-arching universal kingdom of God, there exists a more limited kingdom, an earth-oriented and time-related kingdom which can be called the mediatorial kingdom of God (cf. Beacham 1996:235). In Matthew and the other Gospels, the kingdom offered to Israel as being ‘at hand’, could have been established on earth if Israel had repented (cf. Mat 3:2; 4:17; 10:7).

This kingdom had a historical prelude in Israel’s history. It is sometimes referred to as the theocratic kingdom, an Israelitish kingdom over which God ruled. This kingdom came into existence at Mount Sinai but ceased when God’s glory left the temple in Jerusalem (Ezek 8-11), when Israel was taken into Babylon. But the prophets prophesied to Israel that the kingdom will be re-established. Beacham (1996:236) writes that ‘God was not finished with this kingdom. The Old Testament prophets who had forecasted its demise also consistently foretold its consummate restoration’ (Lv 26:40−46; Ezk 11:14−20; Hs 1:10−11). This kingdom will be restored after four Gentile kingdoms ruled the world (Dan 2, 7). After these four ‘beasts’, ‘One like the Son of Man will come with the clouds of heaven!’ (Dan 7:13). Christ will receive dominion and glory and a kingdom – a kingdom which shall not pass away (Dan 7:14).

This is the kingdom that John the Baptist, Jesus Christ and the apostles offered to Israel – but which ‘this generation’ of Jews rejected during Christ’s first coming (cf. Mat 11:16; 12:39, 41-42, 45). As a result, the kingdom will be established at Christ’s second coming. Incidentally, this explains why the apostles asked Jesus in Acts 1:6, “Lord, will You at this time restore the kingdom to Israel?” The apostles were right to expect the re-establishment of the kingdom, but wrong about the timing, for the times and seasons the Father has put by his own authority (cf. Acts 1:7).

Will be Taken from You…

When Jesus says the kingdom of God will be taken from ‘you’, who is Jesus speaking to (cf. Mat 21:43a)? The context provides the answer with absolute clarity and certainty. Jesus had been explaining his authority to the ‘chief priests and the elders of the people’ (cf. Mat 21:23). When they didn’t answer Jesus’ counter-question (Mat 21:27), three parables followed.

Jesus first told the parable of the two sons (Mat 21:28-32). All the while Jesus is addressing the chief priests and elders, asking them, “What do you think?” (Mat 21:28). In this parable, the religious leaders in Israel at that time is represented by the second son. As Decker (2010:33) states, the religious leaders ‘were the most likely of the Jews to recognize and accept the Messiah, yet they totally rejected Him. Since there was no lack of remorse on the part of the leaders, this parable teaches the leaders’ rejection of Jesus, which also implies the just and divine rejection of Jesus upon the leaders.’

Jesus then told them a second parable, the parable of the landowner (Mat 21:33-46). When Jesus asked a question what should be done with the vinedressers, ‘they said to Him, “He will destroy those wicked men miserably, and lease his vineyard to other vinedressers who will render to him the fruits in their seasons”’ (Mat 21:40-41). This response ‘is almost comical in that the leaders are unknowingly speaking about themselves as “wretches” and recommending that the landowner remove the evil vine‐growers from the vineyard only to replace them with good vine‐growers’ (Decker 2010:34). In case there was any uncertainty who Jesus is addressing in Matthew 21:43, two verses later, the answer is given: ‘Now when the chief priests and Pharisees heard His parables, they perceived that He was speaking of them’ (Mat 21:45).

Will be Given to a Nation …

Jesus said that the great privilege of seeing the kingdom of God being established on the earth in their day will be taken from these religious leaders in Israel (Mat 21:43a). Civil and religious authority vested with these leaders, but they led a generation of Jews down the wrong path, away from Christ and away from the kingdom that Christ had offered. Instead, the kingdom of God will be given to a nation [ethnei] bearing the fruits of it (Mat 21:43b). One can also translate ethnei as ‘people’ (NASB, ESV). To whom will be kingdom of God be given?

Various answers have been proposed by various commentators: the kingdom of God will be given to 1) the Church; or to 2) the Gentiles; or to 3) the disciples of Christ; or to 4) the twelve apostles acting in a representative capacity; or to 5) a future people of Israel. We focus only on the first and fifth views.

The first view, which equates the nation or people (ethnei) with the Church, is not viable. According to Vlach (2017:368-369), the implication of this replacement theology view, is that Israel would be permanently displaced, but Jesus affirmed a future for national Israel on many occasions (see Mat 19:28; 23:39). Further, the Church is not a nation, but is rather an international body of believers in Christ. It will not do to quote 1 Peter 2:9-10, arguing that the Church is a nation, for the apostle to the Jews was specifically writing this epistle to Jewish believers that were outside of the land of Israel (1 Pet 1:1; cf. Ex 19:5-6), not to the Church in general (cf. Fruchtenbaum 1989:187; Woods 2016:232). These Jewish ‘sojourners of the dispersion’ to whom Peter addressed his letter (1 Pet 1:1), are not only part of the Church, but they also remain part of the nation of Israel (cf. Scholtz 2017:9).

We favour the last view. The kingdom of God was not permanently taken from Israel as a whole, but was rather taken from the Jewish leaders who represented the Jewish generation living at the time of Christ’s first advent. The kingdom of God will be taken from ‘this generation’, but not permanently from the nation of Israel. Instead, the kingdom of God will be offered to a future generation of Israel, living at the end of the Tribulation Period. This time, this Israeli people/nation (ethnei) will accept the offer. Jesus said to the Jews that they will not see Him again until they say, “Blessed is he who comes in the name of the Lord!” (Mat 23:39). Regarding Matthew 23:39, Fruchtenbaum (1989:307) writes:

← Read Colonize Mars? Read My Kingdom is not of this World →