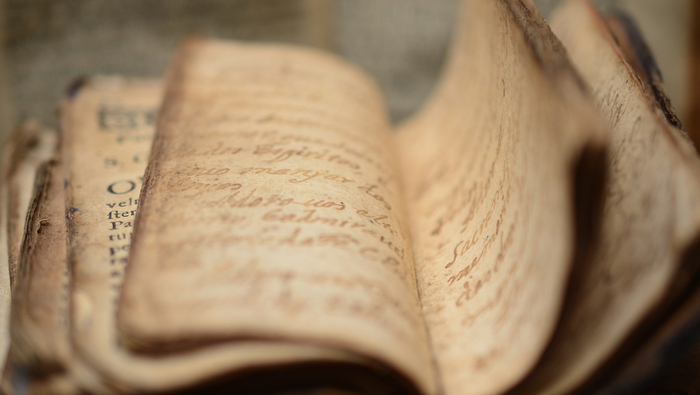 Is the Rapture a New Teaching?

Sometime between the years 374 and 627, Pseudo-Ephraem delivered a sermon known as the Sermon on the End of the World or, as it is also named, On the Last Times, the Antichrist, and the End of the World. In this sermon, Pseudo-Ephraem said, ‘Why therefore do we not reject every care of earthly actions and prepare ourselves for the meeting of the Lord Christ, so that He may draw us from the confusion, which overwhelms the world?’ All who refuse this plea, according to Pseudo-Ephraem, are foolish, and will bring on themselves the condemnation foretold by Amos 5:18:

Woe to those who wish to see the day of the Lord! Because all the saints and elect of God are gathered together before the tribulation, which is to come, and are taken to the Lord, in order that they may not see at any time the confusion which overwhelms the world because of our sins.

There are two distinct comings: (1) the return of Christ to rapture the saints, followed later by Christ’s Second Advent to the earth, (2) a defined interval between the two comings, in this case three and one-half years, and (3) a clear statement that Christ will remove the church from the world before the tribulation.

The rapture is not a new teaching. Pseudo-Ephraem taught this doctrine about 1500 years ago.

According to Hitchcock (2012:178-180), in 1260, in Northern Italy, Gerard Sagarello founded a group called Apostolic Brethren. Because it was illegal to form a new church community at that time, this group was severely persecuted by the Roman Church. In 1300, Sagarello was burned at the stake. Brother Dolcino took over the leadership of the group, and the members of the Apostolic Brethren increased significantly. This movement lasted another 200 years.

Again, the rapture is not a new teaching. Dolcino’s teachings on the rapture are about 760 years old and were preached despite great persecution.

Brown University was founded by Edwards, a Baptist who lived from 1722 to 1795. Edwards seems to have believed that the Tribulation Period will last only 3,5 years and that believers will be raptured before this 3,5-year period commences. Further, Edwards believed that the rapture would occur 3,5 years before the beginning of the millennium. Among other things, Edwards wrote the following (the spelling of this quote has been modernised):

The distance between the first and second resurrection will be somewhat more than a thousand years. I say, somewhat more, because the dead saints will be raised, and the living changed at Christ’s “appearing in the air” (I Thes. iv. 17); and this will be about three years and a half before the millennium, as we shall see hereafter: but will he and they abide in the air all that time? No: they will ascend to paradise, or to some one of those many “mansions in the father’s house” (John xiv. 2) and disappear during the foresaid period of time. The design of this retreat and disappearing will be to judge the risen and changed saints; for “now the time is come that judgment must begin,” and that will be “at the house of God” (I Pet. iv. 17).

Edwards clearly separated the rapture from the second coming by 3,5 years. He uses modern pretribulation rapture verses (John 14:2 and 1 Thes 4:17) to describe the rapture. He, like modern pre-tribulationists, links the time in heaven, during the Tribulation Period, with the “bema” judgment of believers.

The Work of William Watson

During the past few decades, Early English Book Online (EEBO) made more than 100 000 titles available that were published in English between the 15th and 18th centuries. In 2007, William Watson, a Professor of History at Colorado Christian University who specializes in 17th and 18th century English history, decided to study these old English books. The results of his research were published in 2015. Watson says (2017:1):

My primary motivation for beginning the research culminating in this book came from a colleague at Colorado Christian University, Dr. Johann Kim, professor of New Testament studies. We debated the issue of Christian Zionism and Dispensationalism before a large audience in the spring of 2007, where he declared that these ideas began only 150 years ago in the mind of John Nelson Darby. Having spent decades digging through archives and data bases of pre-Victorian English published material, I had regularly encountered Apocalyptic material which seemed similar to Darby and decided after that debate to dedicate my time to studying them.

Watson spent four years studying only primary sources before reading the historians and theologians. He writes:

‘I have used more than 350 primary sources, most of which have not been read (much less cited) for centuries. This is largely due to the fact that the writings are either unfamiliar or previously inaccessible to many researchers.’

An expectation that the saints would be taken out of tribulation and protected from the wrath of the Antichrist was common in the seventeenth century… In spite of the claims that Premillennial Dispensationalism is of recent origin, very little of what John Nelson Darby wrote in the mid-nineteenth century was new. … Those who insist Premillennialism is of recent origin need only study the Dead Sea Scrolls, or the earliest of church fathers (pre-Augustine, except for the Alexandrine metaphorical school), or the many millennial movements for the past two millennia.

Watson’s (2015) work clearly shows that teaching about the rapture was well-known in the 17th and 18th century English-speaking world. The claim that no one taught the doctrine of the rapture before Darby can once and for all be left behind. As for Darby, he held to a version of the pre-tribulation rapture as early as January 1827 — three years before MacDonald’s alleged prophecy. Furthermore, if you read MacDonald’s 1830-‘prophecy’, it is not at all certain that she even believed in a rapture (Hitchcock 2012:184). Lastly, no one has ever provided any concrete evidence proving that Darby had learned his teaching about the rapture from MacDonald. In any case, given the research discussed in this article, it is quite clear that Darby was not at all the first to teach about the rapture.

Watson is currently studying English writings of the 15th and 16th centuries. I am curious to see what this investigation will unearth.

Recent research refutes the criticism that the rapture is a historical novelty. Teaching about the rapture is not new, in fact, it has a much older pedigree than is generally recognized.

All (should) agree that the truth of a doctrine is determined by God’s Word. Amen.

The early Church (about 32 – 320 AD) followed the hermeneutics of the “School of Antioch”: the grammatical-historical method of interpretation, which is in line with the principle of normal, literal interpretation. This principle includes the use of both literal and figurative language. The early Church was chiliastic, or premillennial in its eschatology (and there is no historical uncertainty about this).

However, the allegorical and spiritualizing hermeneutics of the “School of Alexandria”, led by Origen, Jerome and Augustine, entered the Church in due course. By the turn of the 5th century AD, amillennialism was dominant. Augustine even said that Revelation may only be interpreted symbolically, not literally. The teachings of people who followed the hermeneutics of the School of Antioch were simply suppressed and frequently disallowed.

Christ’s first coming had several stages: Jesus was miraculously conceived, then followed his virgin birth, perfect life, death on the cross, burial, resurrection, He appeared to many during the 40 days after his resurrection, before ascending to heaven (raptured).

The New Testament provides clarity that Christ’s second coming will also have phases: first the rapture of his Church and then, more than seven years later, Christ will return to the earth. After the rapture of the Church, the bema-judgment and the wedding ceremony (not the wedding supper) will transpire in heaven. As Revelation shows (19:11-21:2), Christ’s return to the earth includes the various stages in the battle of Armageddon, the events during the 75-day interval (see Scholtz 2019:239-247), the millennial kingdom, and the great white throne judgment. The long day of the Lord ends when God will create the new heaven and the new earth.

← Read Is the Rapture a Secret? Read The Mystery of the Woman in Revelation 17 →