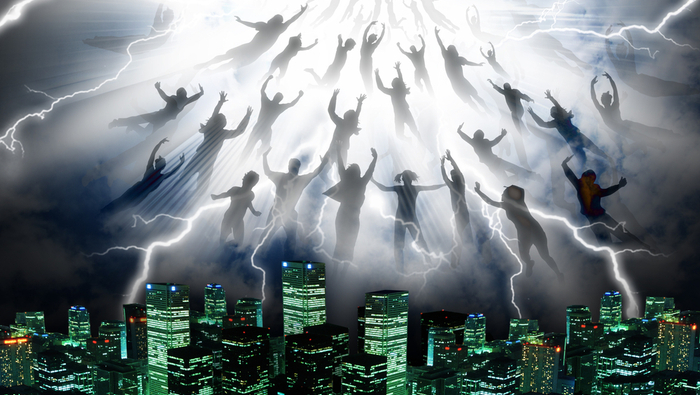 Is the Rapture a Secret?

In South Africa, teaching about the rapture is sometimes dismissed because it is presented as a “secret”. Concerning the rapture, König (2009:89; my translation) asks if there are Biblical grounds “to accept such a secret return before the actual second coming.” Du Rand (2007:316-317; my translation) dismisses the rapture because there “is nothing mysterious about his [Christ’s] return like the proponents of the rapture propose.”

The Bible defines the word “mystery”. Biblical mysteries are not unexplained riddles, unsolvable detective stories, or even something mysterious. A mystery is an important new truth or aspect of God’s plan that He revealed for the first time. If God had not revealed a mystery, no human being could have known about it.

In the New Testament, the word “mystery” (in Greek: μυστήριον) occurs 27 or 28 times. A Biblical mystery is something “hidden from the foundation of the world” (Mat 13:35), something “kept secret since the world began but now made manifest” (Rom 16:25b), which “in other ages was not made known to the sons of men, as it has now been revealed by the Spirit” (Eph 3:5a) and “which from the beginning of the ages has been hidden in God” (Eph 3:9). But note that when God reveals a mystery, it is known and precisely not a “secret” anymore. Importantly, New Testament mysteries are revelation that God did not reveal in the Old Testament (cf. Beacham 1996:232-233; Bailey 1998:176).

Old Testament saints knew that one day they would be resurrected from the dead (Dan 12:1-2; Mat 22:23-33; John 11:24). However, in 1 Corinthians 15:51-52 (my emphasis), Paul writes: “Behold, I tell you a mystery: We shall not all sleep, but we shall all be changed— in a moment, in the twinkling of an eye, at the last trumpet. For the trumpet will sound, and the dead will be raised incorruptible, and we shall be changed.” 1 Corinthians 15:51 reveals a mystery, a new truth about God’s plan that He never revealed before, so this new revelation of God does not refer to the resurrection of Old Testament believers, because the resurrection from the dead was already known from the Old Testament (Scholtz 2019:120). Moreover, this mystery reveals that some believers who are “in Christ” will not die, but will receive their glorified bodies in an instant, in the twinkling of an eye. Old Testament believers will be resurrected as part of Christ’s second coming to the earth. However, the resurrection and rapture of all who are “in Christ” is a New Testament mystery; it therefore refers to a group of believers other than Old Testament believers. Because God has revealed it, it is not a “secret” which group of believers will be caught up.

The Church is a New Testament mystery, an aspect of God’s plan that was revealed to the apostle Paul (cf. Eph 3:1-7). The Church’s historical beginning as well as completion are New Testament mysteries (1 Cor 15:50-54; Eph 3:1-7; 1 Thess 4:13-18). The resurrection and rapture of all who are “in Christ” refers to the believers of the Church age. Who will be raptured, caught up to Christ? Those who died “in Christ”, that is, those who sleep “in Jesus” (1 Cor 15:52; 1 Thess 4:14, 16) together with those who are alive “in Christ” at the time of the rapture (1 Cor 15:51; 1 Thess 4:15, 17). Throughout Paul’s writings, he uses terms such as “in Christ”, “in Jesus Christ”, “in Christ Jesus”, “in Him”, “in whom” and “in the Lord” to refer to believers whom the Holy Spirit has baptized specifically into the body of Christ, that is, the Church. Were Old Testament believers baptized into the body of Christ? No, because this baptism ministry of the Holy Spirit only began on the day of Pentecost (Acts 2:1-4; 11:15-17; Hitchcock 2012:127). It is believers in the Church age who are in Christ, from Pentecost to the completion of the Church, who will be raptured by Christ.

The rapture is neither a secret nor something mysterious, but rather a New Testament mystery that God revealed almost 2000 years ago. South African theologians such as Snyman (1940:83-87), Oosthuizen (1963) and Malan (2014:251-266) did not think that the rapture was a secret. However, if people think that the Church is Israel or some other group of Old Testament saints, then teaching about the rapture may remain, ironically, a mysterious secret to them.

← Read A Parable for Plato and Augustine Read Is the Rapture a New Teaching? →