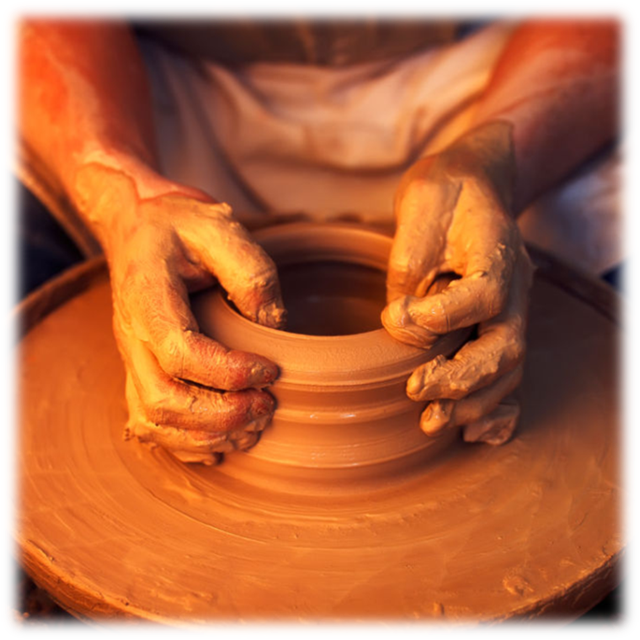 The word of the LORD came to Jeremiah in the 13th year of king Josiah, who was the last good king of Judah before the Babylonian captivity (Jeremiah 1:1-2). Jeremiah’s ministry as a prophet to Judah and Jerusalem continued until the 11th year of the reign of Zedekiah (1:3). The ministry of Jeremiah therefore started in 627 BC and continued until all three deportations of exiles to Babylon had taken place (605, 597 and 586 BC), until about 580 BC. The composition of the book was probably completed in about 585-580 BC (cf. Dyer & Rydelnik 2014:1104).

Jeremiah was a Levite, instructed by God to never marry and have children (16:1-4) and he lived in Anathoth, about 3 miles north of Jerusalem in the tribal land of Benjamin. When the Lord called Jeremiah, he was still a young man, probably between 20 and 25 years old (1:6). The name ‘Jeremiah’ may mean ‘the LORD throws’ or ‘the Lord establishes’ (Dyer & Rydelnik 2014:1103).

Understanding the historical context of Jeremiah’s ministry is important. Jeremiah started his ministry in 627 BC, in the 13th year of king Josiah. Prior to Josiah becoming king at the tender age of 8, in 640 BC, the Southern kingdom (Judah) had been under the rule of the evil king Manasseh for 55 years (until 642 BC), followed by another evil king Amon for 2 years (642-640 BC). Because of the evil that Manasseh did, God decreed that Jerusalem and Judah would experience such calamity that the ears of whoever heard of it would tingle (2 Kings 21:11-15; cf. Habakkuk 1:5-6). From the time God had spoken these words, nothing could prevent the destruction of Jerusalem, but a revival could postpone it (cf. 2 Chronicles 34:21-28). Such a revival — albeit more external than internal — indeed occurred under the good king Josiah: God’s judgement over Jerusalem and Judah was postponed. Nevertheless, when Josiah died in battle 609 BC at Megiddo, the spiritual state of the Southern kingdom declined quickly and Judah again fell into idolatry, worshipping the queen of heaven, Baal and offering sacrifices to Molech (Jeremiah 2:23; 7:16-20, 31-32; 44:18; 49:1). For this reason, it becomes clear why Jeremiah repeatedly called on Judah and Jerusalem to repent, to turn back to God — or face judgement. Jeremiah therefore had the difficult task of being a prophet during the last years of the Southern kingdom (Judah), both before, during and after the Babylonian captivity. Because Jeremiah prophesied judgment upon Judah and Jerusalem, he was unpopular, rejected, imprisoned and eventually taken to Egypt against his will. Jeremiah loved Israel and his people but the weeping prophet was a man of sorrows and acquainted with grief (9:1). As a type, Jeremiah foreshadows the anti-type, the Lord Jesus Christ: both wept over Jerusalem (Jeremiah 9:1; Matthew 23:37), both experienced rejection by members of their families (Jeremiah 12:6; John 1:11), and yet both loved Israel and its people dearly (cf. Matthew 9:36-38).

Prophets who at one stage or another were contemporaries of Jeremiah include Nahum, Habakkuk, Zephaniah, a young Daniel as well as Ezekiel. Constable (2017:7-8) provides historically important dates for Jeremiah:

Audience and Theme of Jeremiah

Isaiah, Jeremiah and Ezekiel do not come with a ‘Contents’ page to help modern readers see the books’ order and arrangement. Moreover, since these prophetic books are not necessarily structured linearly or chronologically, one must pay careful attention to their literary structures, patterns, and parallels if you want to understand and interpret these books accurately (Yates 2005:281). In the case of Jeremiah, the irregular nature of the oracles may even be intentional, since the book’s structure may reflect how the tumultuous times during which Jeremiah ministered affected the writer (Rooker 2011:385). While it is notoriously difficult to outline the Book of Jeremiah, until a ‘final solution’ is found, one must continue to search for the overall literary and theological structure in the Book of Jeremiah.

Another way to outline the Book of Jeremiah is proposed by Patterson (1989): Chapter 1 provides the historical setting and calling of Jeremiah as a prophet not only to the nations of the world, but of course also to the Southern kingdom, namely Judah. The rest of the Book of Jeremiah pivots around Jeremiah’s calling to Judah (chapters 2-25) and to Israel among the nations of the world (26-51). This is followed by a historical postscript which includes inter alia the tragic fall of Jerusalem and the destruction of Solomon’s temple (chapter 52). Patterson (1989:115) outlines the book of Jeremiah as follows:
Call and commission of Jeremiah (chapter 1)
Jeremiah and his people (2-24)
Theme 2:1-3:5
Development 3:6-23:40
Sign 24
Jeremiah and the nations (25-51)
Theme 25
Development 26:1-51:58
Sign 51:59-64
Historical Appendix 52

Jeremiah warned of God’s judgement upon Judah and Jerusalem because of their idolatry. But Jeremiah’s purpose was also to call Judah and Jerusalem to repentance and faith ‘by revealing the Lord’s faithfulness to His promises both to discipline and restore Israel’ (Dyer & Rydelnik 2014:1104). As noted earlier, the promise of restoration is not only to return after the Babylonian captivity, but eventually Israel and Judah will be restored in the Messianic kingdom under the LORD of righteousness in terms of the New Covenant (23:3-8; 31:27-40). We conclude by quoting Constable (2017:19): ‘There are at least three abiding lessons from this book: First, sin brings destruction. No policy can outmaneuver God. National rebellion is national ruin. Sin brings with it its own destruction and retribution. Second, sin wounds the heart of God. He weeps over the doom of a city and its people. He does not delight in bringing devastation and ruin, and neither should His servants. Third, the ultimate victory is with God. He will remake the vessel that He has destroyed because of its flaws: Israel. The stump of David’s line will sprout again. Though the last Davidic king died in exile, God promised that another Davidic King would emerge (23:5; 30:9). There was hope of a new covenant to come, and enabling grace, that would replace the old covenant—that no one kept except Jesus (31:31-34).’