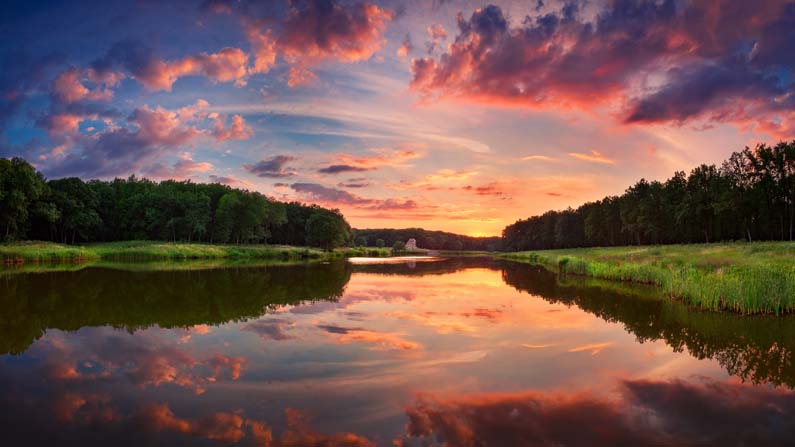 The Upper Room Discourse (Jn 13-17) concludes with the ‘high priestly prayer’ of Jesus. At the time Jesus prayed this prayer, he had not yet entered his high priestly ministry, but Jesus was within 24 hours of being crucified and buried — and about six weeks later, Jesus ascended into heaven. What are the main themes of this prayer? What did Jesus ask for, and what were his reasons for the petitions made?

The main themes of this prayer are the glory of God and the welfare of Christ’s disciples. The glory of God is a theme that runs throughout this Gospel. For example, it is referred to in the prologue (cf. 1:14), prior to the Upper Room Discourse (12:28), and it is also part of it (13:31-32). As he made his way to Gethsemane (cf. 18:1), in the first part of this prayer, Jesus made requests for himself but the focus is still the glory of God (Jn 17:1-5). Jesus then (17:6-19) prayed for the Eleven (of the eventual twelve apostles) before extending the focus to other (future) believers in Jesus (17:20-26).

The hour that has come (17:1a) refers to Jesus’ imminent death on the cross. Jesus’ request for glory (17:1, 5) is unselfish, for his death on the cross would reverse the conditions of a lost and fallen humanity (Constable 2017:309). By voluntarily obeying the Father, even to the point of death, the Son will glorify the Father by finishing the work assigned to him (17:4). And with the authority given to Him by the Father, the Son ‘should give eternal life to as many as You have given Him’ (17:2; cf. 1:12). Eternal life is not defined here in terms of duration, but rather in terms of relationship: knowing God through faith in Jesus Christ (17:3). Eternal life starts when a human is spiritually born again (cf. 3:3-5). The request is that the Father glorifies the Son ‘with the glory which I had with You before the world was’ (17:5). This is the Son’s unique ‘Shekinah glory, the bright and shining glory that He possessed for all eternity past, but that was veiled by His physical body’ (Fruchtenbaum 2017:542). This glory was briefly seen on the Mount of Transfiguration, but then again veiled (Mt 17:1-13). Now the Son is asking to at least be restored to the status He had before the world was — and this was undoubtedly granted (cf. Acts 1:9-11; Phil 2:9-11; Rev 1:16).

Because Jesus is glorified in them (17:10) — and what is Christ’s is the Father’s — the second part of this high priestly prayer is for the preservation (17:9-14), protection (17:15-16) and sanctification (17:17-19) of the eleven apostles (cf. 17:9). Regarding their preservation, Jesus prayed that they be safeguarded from the world; as for their protection, Jesus asked that they be protected from Satan; as for their sanctification, so that they could accomplish a specific mission (Fruchtenbaum 2017:542-544). Jesus provided reasons for the petitions he made. For example, these men whom God had given Christ, had believed that the Father had sent Christ (17:6-8). Because Christ is returning to heaven, Jesus asked that the Father keep them loyal, and that they have unity as well as the joy of Christ (17:11-13). Even though Satan has been defeated and condemned at the cross, he has still not yet been imprisoned. Therefore, the ruler of this world (12:31; cf. 2 Cor 4:4; 1 Jn 5:19) and his ungodly world system hated the apostles (Jn 17:14). Jesus prayed not that the apostles would be removed from the world, but rather that they be kept from the evil one (17:15), remaining loyal to God as they continued their mission. For this mission they needed to be sanctified, through God’s Word, set apart for the work that Jesus entrusted them with (17:17-18). They were not to withdraw from the world, but actively engage with it, spreading the truth of the gospel of Christ.

Jesus did not only pray for the eleven, but also for all future believers, for ‘those who will believe in Me through their [the apostles’] word’ (17:20). Jesus prayed for the unity and ultimate glorification of believers (17:22-23). The purpose of the unity is that the world may believe that the Father sent the Son, and that the Father loves the believers just as He loves the Son (17:21b, 23, 26). Personal unity between believers, and love for each other, will vindicate Jesus’ teachings and glorify him. As for glorification, Jesus prayed that believers will be where He is, and to behold the glory that the Father will restore to the Son following the ascension. Glorification for believers will begin at death or the rapture, whichever happens first. Then we will be with Jesus forever.

This concludes Jesus’ great intercessory prayer for His believing disciples. Constable (2017:321) summarizes the main points of the prayer as follows:

Fruchtenbaum (2017:546) highlights several lessons about prayer that can be gleaned from Christ’s great intercessory prayer:

The Upper Room Discourse (Jn 13-17) started with a lesson about humility (13:1-12) and ended with an assurance of future glory (Constable 2017:321). Believers will be in glory with Christ, but such glory ‘will be a reflected glory, while Yeshua’s glory is an innate glory that is rightfully His’ (Fruchtenbaum 2017:545).

To God be all the glory, forever and ever.