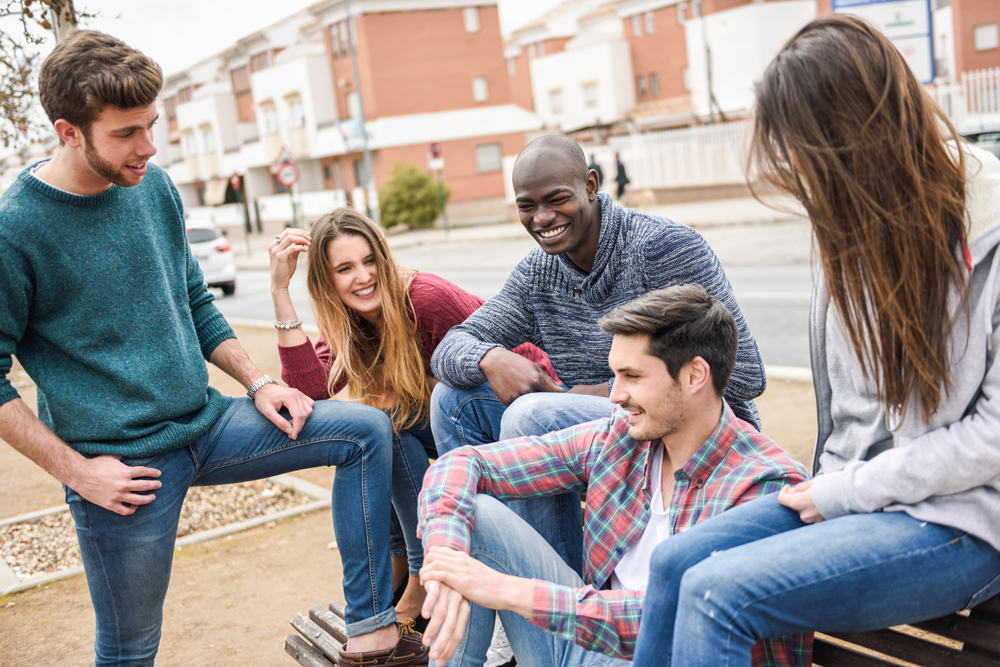 According to 1 Corinthians 10:32, in New Testament times we can divide the world’s population into three groups, namely Jews, Gentiles and Christians. But who is a Jew, who is a Gentile and who are Christians? How can one Biblically define a Jew? These matters are especially important to those involved in Jewish evangelism, for this question is frequently asked today: “How is it possible for a person to be both a Jew and a Christian?”

Is someone a Jew because he or she follows a certain religion, lives in a certain region on earth, has a Jewish mother or simply a person who considers him or herself a Jew? The Bible provides the answer: the Biblical basis to define Jewishness lies in the Abrahamic Covenant. It is important to note that God confirmed the Abrahamic Covenant first with Abraham (Genesis 12:1-3; 13:15-16; 15:4-5), then not through any of Abraham’s other sons but only through Isaac (Genesis 26:2-5), and then again it was not confirmed with Esau but with Jacob (Genesis 28:13-15). From the Abrahamic Covenant a simple definition of Jewishness can be deduced, namely that a nation will come through the line of Abraham, Isaac and Jacob and therefore Jewishness is defined in terms of nationality, in terms of descent. All descendants of Abraham, Isaac and Jacob are Jews — and Jews are a nation, regardless of whether they are scattered throughout the world or whether they are all in the land of Israel. Notice also that a Jew cannot become a non-Jew, it is impossible.

What about the children between a Jew and a non-Jew? If the father is Jewish but not the mother, then the children are Jewish; if the mother is Jewish but not the father, then the child has the option to identify with the Jews and be considered a Jew (like in the case of Timothy). For example, even though Ruth married Boaz (a Jew) and became a member of the commonwealth of Israel, the Bible still describes Ruth as a Moabites, both before and after she accepted and believed in the God of Israel (Ruth 1:22; 2:2, 6, 21; 4:5, 10). Other examples abound: proselytes were not considered Jews even though they too believed in the God of Israel (Matthew 23:15; Acts 2:10; 6:5; 13:43). As for believers such as the queen of Sheba and the ‘men of Nineveh’ (Matthew 12:41-42), they were never proselytes, so there never was any doubt: they are Gentiles.

Who is a Gentile?

A Gentile is simply a human being who is not a Jew. Another way to define it is to say that a Gentile is any descendant of Ham and Japheth as well as those descendants of Shem that are not from the line of Abraham, Isaac and Jacob.

Who is a Christian?

One cannot physically be born a Christian. There is no such thing as a human being physically born a Christian. You must be born again to become a Christian (John 1:12; 3:3-5). To be born again one must place your faith and trust in Jesus Christ as the substitute for your own sins. Jesus died, was buried and was resurrected after paying for the sins of the world — but each of us must personally respond in faith to God’s gracious offer of salvation (cf. Romans 6:23; 1 Corinthians 15:1-4). The New Testament teaches that everyone is physically born either a Jew or a Gentile and Christians are those Jews and those Gentiles who believe in the Messiahship of Jesus.

But you may say, don’t you lose your physical identity when you are spiritually born again? Justification, sanctification and eventual glorification is the same for all human beings that are (spiritually) born again, but that does not mean that you lose your physical gender just because you have been spiritually born again (cf. Galatians 3:28). It also does not mean a Jew who believes in the Messiah, Jesus of Nazareth, stops being a Jew just because of his or her faith in Jesus the Messiah (also Galatians 3:28). A Jewish/Hebrew Christian is therefore a descendant of Abraham, Isaac and Jacob who has personally accepted Yeshua (Jesus) of Nazareth as his or her Messiah. Such Hebrew Christians often refer to themselves as ‘completed Jews’, because belief in the Messiahship of Jesus completes their Jewishness; it does not negate it. Look at Paul: even though he was the apostle to the Gentiles (the non-Jews), he never denied his Jewishness (Romans 11:1; 2 Corinthians 11:22; Philippians 3:4-8).

Are Gentile believers not spiritual Jews?

What about Galatians 3:29, if Gentile believers are Christ’s, then they are Abraham’s seed, heirs according to the promise. If Gentile believers become part of the seed of Abraham, does that not make them spiritual Jews? The answer is again no. Being related to Abraham by faith, or spiritually related if you want to put it that way, does not tie a Gentile believer physically to Abraham.

The Bible does not teach that all distinctions between Jews and Gentiles are erased when they become believers. While it is true that the way of salvation is the same for both Jew and Gentile, this does not mean all other distinctions are thereby eradicated as well, any more than all distinctions between the bond and free, male and female, have ceased to exist (cf. Galatians 3:28). The way of salvation, membership in the Body of Christ and spiritual maturity is the same for both Jewish and Gentile believers, but in other areas, distinctions remain. If the above is recognised, then it becomes clear that certain Messianic Jewish distinctives exist. To read about these important distinctives — the Abrahamic Covenant, the doctrine of the remnant of Israel, the doctrine of the olive tree and the doctrine of the Israel of God — please read the article of Dr Fruchtenbaum.

If you would like to find out more about Jews, Gentiles and Christians, we suggest you consider reading the original article by Dr Arnold Fruchtenbaum, ‘Jews, Gentiles, Christians’.