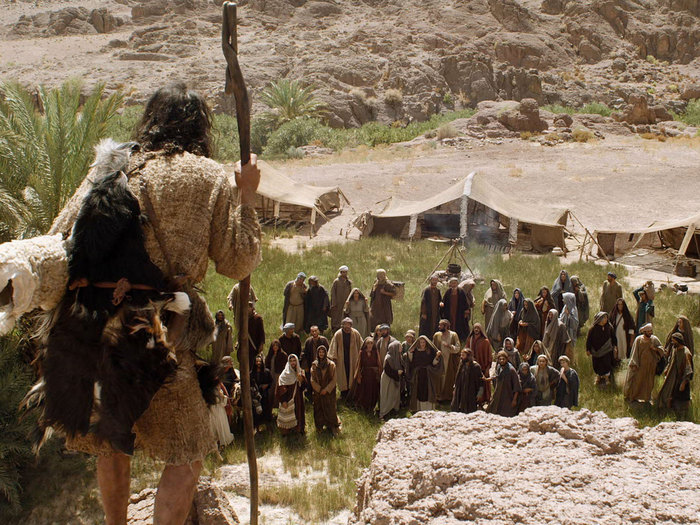 John the Baptist and Elijah

The first law of logic is the law of identity, stating that something is what it is: an apple is an apple. The second law of logic is the law of non-contradiction, stating that A cannot be both A and not A at the same time and in the same sense: an apple is not a cat. These laws are important when it comes to the identities of John the Baptist and Elijah. Many good theologians conclude that John the Baptist is Elijah and/or they mean that John the Baptist has already fulfilled all the prophecies related to Elijah. Is this true?

When John the Baptist was asked, “Are you Elijah?” he said “I am not”. We have this Q&A in John 1:21 — and this Gospel was of course inspired by the Holy Spirit. John the Baptist came to bear witness of the light, that all might believe on Christ (cf. John 1:6, 15, 32). We can surely believe John’s witness about Christ and about his own identity — a witness that the Holy Spirit confirms in Scripture. So John the Baptist is John the Baptist (law of identity), he is not at the same time and in the same sense the literal person Elijah (the law of non-contradiction).

John the Baptist fulfilled the prophecy of Isaiah 40:3 (cf. Matthew 3:3) and the prophecy of Malachi 3:1 (cf. Matthew 11:10). The difficult question is whether John the Baptist fulfilled the prophecy mentioned in Malachi 4:5-6: “Behold, I will send you Elijah the prophet before the great and awesome day of the LORD comes. And he will turn the hearts of fathers to their children and the hearts of children to their fathers, lest I come and strike the land with a decree of utter destruction.”

As John the Baptist is not literally Elijah (cf. John 1:21), is it even possible (cf. the law of non-contradiction) that he could fulfil the prophecy mentioned in Malachi 4:5-6? It seems that the Bible refers to some aspects of John’s ministry in terms of contingency. Even though he is not literally Elijah, John “will go before Him [the Lord] in the spirit and power of Elijah” (Luke 1:17a). The Bible affirms that John the Baptist shares many characteristics with Elijah. John the Baptist turned “many” of the children of Israel to the Lord their God, but did he restore “all things” (cf. Matthew 17:10-11; Luke 1:16-17)?

Coming down the Mount of Transfiguration, the disciples asked Jesus, “Then why do the scribes say that first Elijah must come?” He answered, “Elijah does come, and he will restore all things” (Matthew 17:10-11). At a time when John had already been murdered, Jesus says that Elijah “will restore” all things, referring to future events. Unlike John the Baptist who turned the hearts of “many”, Jesus says that Elijah will restore “all things”. Given these statements, I believe that John the Baptist did not fulfil the prophecy of Malachi 4:5-6. I also believe that Jesus said that Elijah will still come to restore all things (Matthew 17:11).

When He reviews John’s ministry, Jesus says: “From the days of John the Baptist until now, the kingdom of heaven has suffered violence, and the violent take it by force. For all the prophets and the law prophesied until John, and if you willing to accept it, he is Elijah who is to come. He who has ears to hear, let him hear!” (Matthew 11:12-15). It is not difficult to notice the “if” in Jesus’ statement: “if you are willing to receive it.” Even though John the Baptist fulfilled two prophecies related to him as the forerunner at Christ’s first coming (Isaiah 40:3 and Malachi 3:1), all in Israel did not accept John’s witness and so “all things” were not restored. In fact, the kingdom of heaven suffered violence because of the leaven of the leaders of “this generation” in Israel (Matthew 12:24; 16:12; 23:13).

Jesus also said: “But I tell you that Elijah has already come, and they did not recognize him, but did to him whatever they pleased. So also the Son of Man will certainly suffer at their hands”. Then the disciples understood that he was speaking to them of John the Baptist (Matthew 17:12-13). If all Israel believed the witness of the one who came in the spirit and power of Elijah (but it depends on the contingent “if”), then John the Baptist could have fulfilled the prophecy of Malachi 4:5-6. But not only was John’s witness not believed, they even murdered him (cf. Matthew 14:1-12). Still, despite Israel not recognising John the Baptist for who he is, John accurately witnessed that Jesus is the Messiah who validly and genuinely offered the kingdom of heaven to Israel (Matthew 3:1-12; cf. 4:17).

“As there is only one Messiah but two comings, contingency is evident when considering the role of the forerunner” (Scholtz 2014:3; cf. also Scholtz 2016:5). Of course, whether Israel accepted or rejected Jesus as the Messiah-King cannot change John’s identity (Pentecost 1958:312). Since John came in the spirit and power of Elijah (Luke 1:17; John 1:21), if “this generation” in Israel were willing to accept the witness of John the Baptist, he could have been Elijah who was to come, but because they rejected John, he was not (Matthew 11:14). John the Baptist is a type of the antitype, Elijah: John the Baptist was the forerunner at Christ’s first coming; Elijah will be the forerunner at Christ’s second coming. Whereas the first forerunner failed to restore “all things”, the second forerunner will succeed. Like others (Toussaint 1980:211; Barbieri 1983:44, 60; Fruchtenbaum 2005:29-30), I believe that Jesus said that Elijah will indeed come before the great and awesome day of the LORD to restore all things (Matthew 17:11; cf. also Malachi 4:5−6).

← Read Binding and Loosing read Keys of the Kingdom →