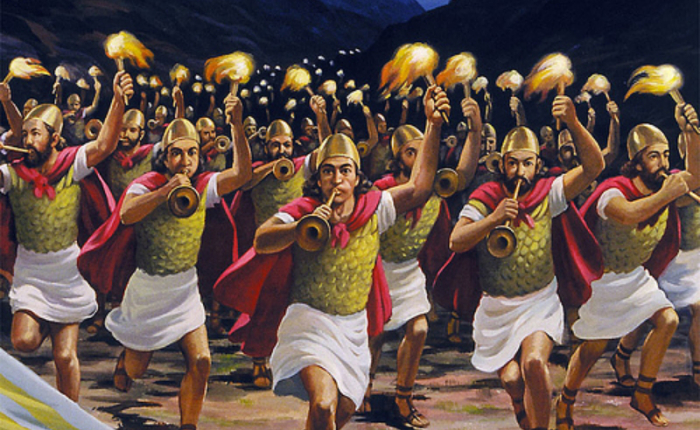 The Book of Judges is not about the ‘good old days’ in Israel. On the contrary, it describes the decline of Israel through many cycles of oppression and (temporary) deliverance under the Judges (Judges 3:7-16:31). The God of Israel, however, is faithful to fulfil His promises, whether it be to bless Israel in terms of the Abrahamic, Land and Mosaic covenants or to bring judgement in terms of the Mosaic Covenant. Israel moved through cycles of sin and God’s wrath (2:11-14), oppression and servitude to other nations (2:14-15), followed by repentance and temporary deliverance through a judge (2:15b-16) before the nation once again fell into further sin, thereby repeating the cycle (2:17-23). The Book of Judges may have started on an optimistic note, but it ends with a passage one can almost not bear to read (19:1-21:25).

The Purpose and Main Themes of Judges

Two repeated refrains explain why the Book of Judges was written: ‘The Israelites did what was evil in the sight of the LORD’ (2:11; 3:7, 12; 4:1; 6:1; 10:6; 13:1) as well as ‘In those days there was no king in Israel. Everyone did what was right in his own eyes’ (17:6: 21:25; see also 6:1; 18:1; 19:1). The first purpose was therefore to describe Israel’s history between the period of Joshua and the monarchy (McMath 2014:354). Despite the fact that God enabled judges to deliver Israel from her enemies (ex: 3:9, 20-22; 4:14-15; 7:15-22; 9:22-25), history shows that it would not be long before Israel again played the harlot, followed after other gods and disobeyed the commandments of Jehovah (cf. 2:16-17). This history also shows ‘the outworking of Israel’s covenant relationship with God where obedience to the Law resulted in blessing and peace, whereas disobedience led to hardship and oppression’ (Rooker 2011:292). The second purpose of the Book of Judges is therefore not only to demonstrate that Israel needed a king, but more specifically to support the future claims of the house of David against the claims of the house of Saul (Fruchtenbaum 2007:22; cf. Rooker 2011:292). In the Book of Judges, the tribe of Benjamin and Saul’s future hometown, Gibeah, are painted in a negative light, whereas Bethlehem, David’s future hometown, is pictured positively (Fruchtenbaum 2007:22).

The Authorship and Date of Judges

The human author of the Book of Judges is not known. The Talmud says Samuel wrote Judges and Ruth, but one simply cannot know this for certain (McMath 2014:353). One also cannot be too dogmatic about the date that the book was written, although internal clues are quite helpful. First, Judges was written before there was a king in Israel (17:6; 21:25). Second, according to Judges 1:21, the Jebusites were still living in Jerusalem, thus at a time before David captured the city in 1004 BC (cf. 2 Samuel 5:6-10). Third, in Judges 1:29, Gezer was in Canaanite hands, but in about 970 BC the city was given to Solomon by Pharaoh (1 Kings 9:16). Fourth, it seems clear that the Holy Spirit inspired the human author to write Judges after the events it describes (cf. 1:11, 23; 3:1-2; 19:10; 20:27-28). So if the Book of Judges was written after the Judges and if Samson died in 1051 BC, then Judges must have been written sometime between 1051 BC and 1004 BC. Table 1 helps to get a grasp of the historical timeline from the Exodus to the building of Solomon’s Temple.

Table 1: Chronology of Rulers of Israel from Exodus to Solomon’s Temple

The title of the book in Hebrew, Greek and Latin all refer to ‘judges’. This term may be somewhat misleading to an English audience, for the judges in Israel were civil, military and religious leaders (Fruchtenbaum 2007:5). In fact, it may be more appropriate to view these judges primarily as military leaders whom God raised to deliver Israel from her enemies (Judges 2:16). God raised 12 men and one woman during this time to lead Israel as judges. As Fruchtenbaum (2007:7) shows in Table 2 below, an actual delivery of Israel is recorded under some of the judges, but not for all of them.

Table 2: The Judges of Israel in the Land: Between Joshua and King Saul

The Structure of Judges

It is easy to see the speck that is in someone else’s eye, but not notice the log that is in your own eye (Matthew 7:3). Israel struggled militarily and spiritually because they neither completed the holy war against the Canaanites nor did they follow the God of Israel in faith and obedience. In contrast, God’s covenantal faithfulness shines throughout the Book of Judges. Israel’s decline shows the effects of doing what is evil in the sight of the LORD by doing what is right in one’s own eyes. While one notices the world becoming darker, the prophetic word shines all the brighter until the day dawns and the morning star rises in our hearts, for it is not only Israel who needs Him, but in fact all the nations desperately need the King of kings and LORD of lords.