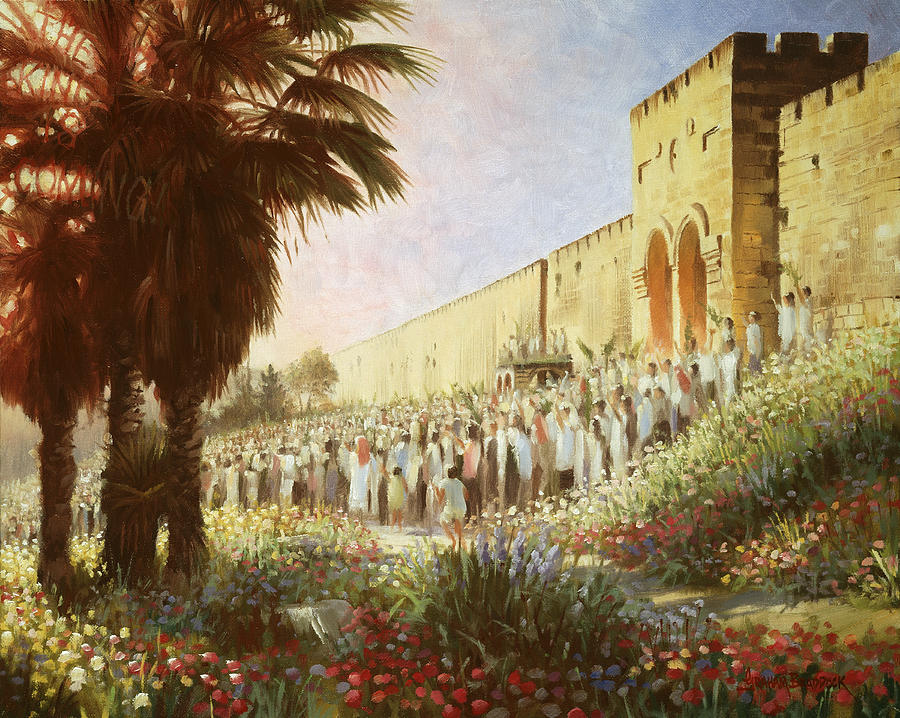 No, the Messianic kingdom has not yet been established. Just like David was anointed as king but had to wait many years before he was enthroned, so too has the Son of David been anointed but has not yet been enthroned. David was first rejected and experienced suffering before he eventually reigned, and so too was the Son of David first rejected and experienced death on the cross before he will eventually rule as king at his second advent.

Just as David is a man after God’s heart, so too is the Son of David the ‘beloved Son’ of the Father — with blessings overflowing to others. What typological connections can be identified between the life of David and that of the Son of David, specifically relating to the time between being anointed and then later enthroned as king?

The Offer and Rejection of the Messianic Kingdom

During his first advent, Jesus offered to establish the Messianic kingdom for Israel in accordance with many unconditional Old Testament prophecies — and to do so by way of the cross. If Israel repented and accepted Jesus as the Messiah, Jesus would still have gone to the cross, the seven years of Jacob’s trouble would still have followed and thereafter the Messiah would have returned to establish the Messianic kingdom on the earth (Toussaint 1980:64). To convince that generation of Jews that he is indeed the Son of David, Christ authenticated his Messianic claims through his words and deeds (Mt 4-12; cf. 22:41-46). Moreover, Jesus performed what can be described as ‘Messianic miracles’: the healing of a Jewish leper (Mk 1:40–45), healing a person born blind (Jn 9:1–41), and exorcising a demon that caused muteness (Fruchtenbaum 2016:143–155).

After exorcising a demon from a blind and mute person (Mt 12:22–32; cf. Mk 3:20–30), the religious leaders, who represented Israel, not only rejected the Messiahship of Jesus, but did so on the basis that Jesus had ‘an unclean spirit’ (Mk 3:30). This blasphemy of the Holy Spirit cannot be forgiven (Mk 3:29). The result was that Jesus rescinded the offer of the Messianic kingdom for Israel at that time. Henceforth, the kingdom was not presented as ‘at hand’ or ‘near’ anymore (Toussaint 1980:164). Not only would Jesus later tell a parable (Lk 19:11) to ‘show that the kingdom of God was not “going to appear immediately”’, but the kingdom would only ‘become “near” in the future with events associated with the coming tribulation period’ (Vlach 2017:323). Regarding ‘this generation’ of Jews during Christ’s first advent, ‘they lost out on the opportunity, privilege, and benefit of seeing the kingdom established in their day. It is now destined to be reoffered to the future Jewish generation of the Great Tribulation who will accept it’ (Fruchtenbaum 2016:384; cf. also Vlach 2017:367–369). When they do (Hs 5:15-6:3; Zch 12:10; Mt 23:39), Christ will return to the earth and establish the Messianic kingdom.

During the Inter-Advent Period, the kingdom ‘exists in this intercalation only in the sense that the sons of the kingdom are present’ (Toussaint 1980:172). These sons and daughters of the kingdom walk in faith in Christ. As Woods (2016:250) rightly says, an interesting parallel is found in the careers of David and the Son of David:

An interim period transpired between David’s anointing as king (1 Sam. 16) and his actual enthronement (2 Sam 2; 5). During this interim period Saul was still reigning as king. People were forced to choose to either walk by sight and follow Saul or to walk by faith and follow David. … A similar interim period exists between Christ’s anointing as the Davidic heir and His enjoyment of glory at the right hand of the Father (Acts 2:33-35) and when He will actually rule on the Throne of David during the Millennium (Matt. 25:31; Rev. 20:1-10). During this present interim period a Saul-like entity, Satan, is reigning as king (Luke 4:5-8; John 12:31; 2 Cor. 4:4; Eph 2:2; 1 John 5:19). Thus, people today are being similarly forced to choose to either walk by sight and follow Satan or walk by faith and follow a David-like individual, Christ. They do the latter by trusting God’s promise that the anointed Christ will one day reign after Satan has been deposed.

With the above as background, typological correspondences between the life of David and that of the greater Son of David can be considered. The table below summarises many interesting parallels:

Christ clearly distinguishes between two thrones: ‘To him who overcomes I will grant to sit with Me on My throne, as I also overcame and sat down with My Father on His throne’ (Rv 3:21; own underlining). During the Inter-Advent Period, Christ is sitting at the right hand of the Father, for a session, but on the Father’s throne (Ps 110:1). Immediately after the Tribulation Period, the Son of man will return to the earth (Mt 24:31), and then he will sit on his glorious Davidic throne (Mt 19:28; 25:31, 34). Until that happens we have a choice: be a citizen of Satan’s world or walk by faith after the coming King. No, the Messianic kingdom has not yet been established, but when this long period between his anointing and his actual enthronement is over, Christ will sit on his glorious Davidic throne and rule from Jerusalem (cf. Ps 2; 110:1-2; Mat 25:31, 34).

Vlach, M.J., 2017, He will Reign Forever: A Biblical Theology of the Kingdom of God, Lampion Press, Silverton.