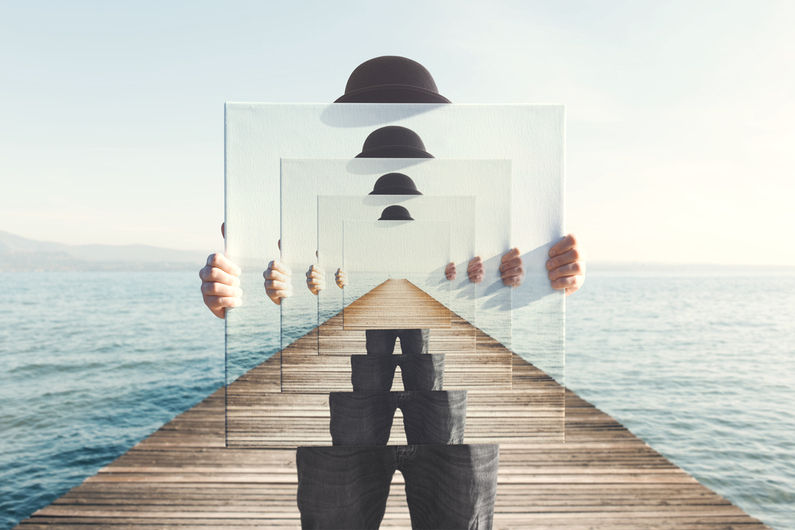 People and Nations Are Being Misled

Paul warns: ‘See to it that no one takes you captive by philosophy and empty deceit, according to human tradition, according to the elemental spirits of the world, and not according to Christ’ (Col 2:8). Although the context of Colossians 2:8 probably has reference to a proto-gnostic type of philosophy, the implications of Paul’s exhortation to ‘beware of philosophy’ are appropriately applied to other alien systems of thought that have invaded Christianity down through the centuries since then (Geisler 1999:3). False ideologies and false systems of thought not only try to deceive people, but also to conquer nations. These days not only are more people turning away from God and his Word, but more and more nations seem to be deceived. Who is orchestrating this deception behind the scenes? Why does it appear as if more nations are breaking ties with God? What do believers hope for?

Because Adam disobeyed God, man’s rule over the earth was surrendered to Satan — demonstrated when Satan tempted Jesus by offering the kingdoms of the world (Luk 4:5–8). Satan’s kingdom of darkness can be defined as a great evil system or world order over which Satan exercises authority; it includes all unsaved and fallen humanity; it also enjoys the co-operation of fallen angelic beings and is the union of all who live and act independently of God. Satan’s world order has a false dogma and a false systematic theology, that is, the doctrine of demons (cf. 1 Tim 4:1–3; Rev 2:24). Satan tries to indoctrinate people so that they become part of false belief systems (1 Tim 4:1–3; 1 Joh 4:1–4). Satan’s kingdom of darkness promotes the attraction to lies by teaching people a false lifestyle (cf. Eph 2:1–3; 1 Joh 2:15–17). Satan is trying to prevent unbelievers from receiving and believing the gospel. Wherever the gospel is preached, Satan tries to stop people from believing it by stealing the seed of the gospel sown in the hearer (Mat 13:19) and to prevent the acceptance of the gospel by blinding the minds of unbelievers so that they do not understand the issues when the gospel is presented to them (2 Cor 4:3–4). Satan’s kingdom is therefore an ordered world system of which he himself is the head — this is the world system that now exists (2 Pet 3:5–7), the ‘present evil age’ (Gal 1:4), the whole world that lies in the power of the evil one (cf. 1 Joh 5:19). Christ defeated Satan at the cross, but the devil’s sentence has not yet been executed. The New Testament therefore says that Satan is still the ‘ruler of this world’ (Joh 12:31; 16:11), the ‘god of this world’ (2 Cor 4:4), and the ‘ruler of the power of the air’ (Eph 2:2).

Nations Fall by the Wayside

One of Satan’s goals is to deceive nations (Rev 20:3). In the book of Revelation, Satan, the Antichrist, and the false prophet gather the kings of the whole world to assemble them for battle on the great day of God the Almighty (Rev 16:14). This is the battle at the end of the Tribulation Period, the battle of Armageddon (Rev 16: 12–16; cf. Zech 12:1–4). The spirits of demons, who will perform signs, will be used to assemble the kings of the nations to fight against God (Rev 16:14a). This text clearly shows that Satan’s kingdom of darkness has power to negatively influence human governments on earth so that they even think they can fight against God (cf. Unger 1994:199). The Psalmist wrote about this a long time ago: ‘The kings of the earth set themselves, and the rulers take counsel together, against the LORD and against his Anointed, saying, “Let us burst their bonds apart and cast away their cords from us”’ (Ps 2:2–3). But He who sits in the heavens laughs; the Lord holds them in derision (Ps 2:4).

The Organisation of Angelic Beings

After God revealed to Daniel the prophecy of the 70 sevens (Dan 9:24–27) — a period of 490 years, being 70 times 7 years — the Lord later sent an angel to give Daniel more information about the 70 sevens (cf. Dan 10). In Daniel 11:1–35, the Lord provided more detail about what will happen during the 69 sevens, that is, 483 years. This period of 483 years led to Christ’s first coming. In Daniel 11:36–45, the Lord provided more detail about aspects of the Antichrist’s career during the 70th seven. The 70th seven refers to the Tribulation Period, the time immediately before Christ’s second coming to the earth (cf. Mat 24:29a). What does this have to do with angelic beings over nations?

It appears from Daniel 10 and 12 that certain angelic beings, both good and bad angels, have authority to influence nations by their decisions and actions. In the kingdom of darkness, some demons function as princes of nations, such as the prince of the kingdom of Persia/Iran (Dan 10:13–20) and the prince of Greece (Dan 10:20).

Certain unconditional prophecies that God made had to be fulfilled during the time that the human rulers of the Medes and Persians had authority over the earth (Dan 2:32, 39a; 7:5; 8:3–4). For example, Israel had to be allowed to restore and rebuild Jerusalem (Dan 9:25a). It appears that the fallen demon, the prince of the kingdom of Persia opposed this (cf. Dan 10:13). This demon probably wanted to instigate the human kings of the Medes and Persians against the Israelites. The archangel Michael, one of the chief princes of the angelic world, is specifically the great prince who has charge over ‘your’ people, that is, the people of Daniel, Israel (Dan 10:13, 21; 12:1). Michael helped the good angel who brought an answer to Daniel’s prayer but who was opposed by the fallen prince over Persia. God’s good angels won a victory in the angelic world — and this manifested itself in human history on earth. In human history, the kings of the Medes and Persians allowed the people of Israel to rebuild the temple and to restore Jerusalem.

In the 70th seven, that is, during the Tribulation Period, Satan and his fallen kingdom will persecute the Jews and try to annihilate them (cf. Dan 12:1). At this time, the archangel Michael will again help Israel, according to the will of God (cf. Rev 12:7–17).

The Fall of Nations

Satan and his fallen angels therefore influence the authorities of nations. Furthermore, it is Satan who lays low the nations (cf. Isa 14:12). According to Fruchtenbaum (2005b:28), sometimes nations fall from great power to become third-, fourth- or fifth-rate powers, all because of the work of Satan who controls the kingdoms of the world. The New Testament refers to ‘cosmic powers over this present darkness’ (Eph 6:12b; Greek: kosmokrator). These fallen angels try to control the world as ‘cosmocrats’ (Showers 1997:37; Unger 1994:196–198), using human dictators, false philosophies, and false systems of thought to gain control over nations and then enforce Satan’s agenda (Showers 1997:37; Unger 1994:193–198). For example, Hitler, a man who got deeply entangled in the occult, was a human dictator who was undoubtedly used by Satan and his cosmocrats to promote the evil one’s agenda. Indeed, we do not wrestele against flesh and blood, but against Satan’s kingdom of darkness (cf. Eph 6:12).

The Battle Behind the Scenes

See to it that no one takes you captive by philosophy and empty deceit (Col 2:8a). False ideologies and false doctrines do not just mislead people, but even nations fall into these traps. Several popular philosophies, such as secular humanism, Marxist communism and postmodernism, are atheistic systems of thought that are totally at odds with God and His Word. And yet, more and more people and even nations bow down before these ideologies. Cosmic humanism, which is pantheistic, is also far removed from God and the universe that He created. The fear of the LORD is the beginning of knowledge and of wisdom. However, if people and nations move further and further away from God and Christ, then it is unsurprising to see how this fallen world system under Satan is becoming increasingly irrational and absurd. Along with these trends, more and more nations are being ruled by human dictators, such as China (1.4 billion people), Russia (145 million people), Iran (81 million people), Turkey (80 million people) and North Korea (25 million people). These human dictators are primary candidates to be used by Satan and his cosmocrats — cosmic powers over this present darkness — to advance the agenda of the evil one. This agenda is to do away with nations so that a one-world government can be established under Satan’s Antichrist. The attacks on nations as nations will therefore increase and become fiercer.

Nothing can separate us from the love of Christ, not death or life or angels or authorities or powers (cf. Rom 8:35–38). Christians must pray for the human authorities appointed over us (1 Tim 2:2) and rest in the fact that God the Holy Spirit restrains evil (cf. 2 Thes 2:7). However, we also pray that the kingdom will come and that God’s will be done, on earth as it is in heaven (Mat 6:10). When He returns to the earth, Christ will establish the Messianic kingdom and rule with justice and in righteousness over the nations. God has foretold us in his Word that the days in which we live may become darker as nations turn away from God (cf. 1 Tim 4:1–4), but we are looking for that blessed hope, and the glorious appearing of the great God and our Saviour Jesus Christ (Tit 2:13).

← Read The Two Witnesses Read The Men of Renown? →