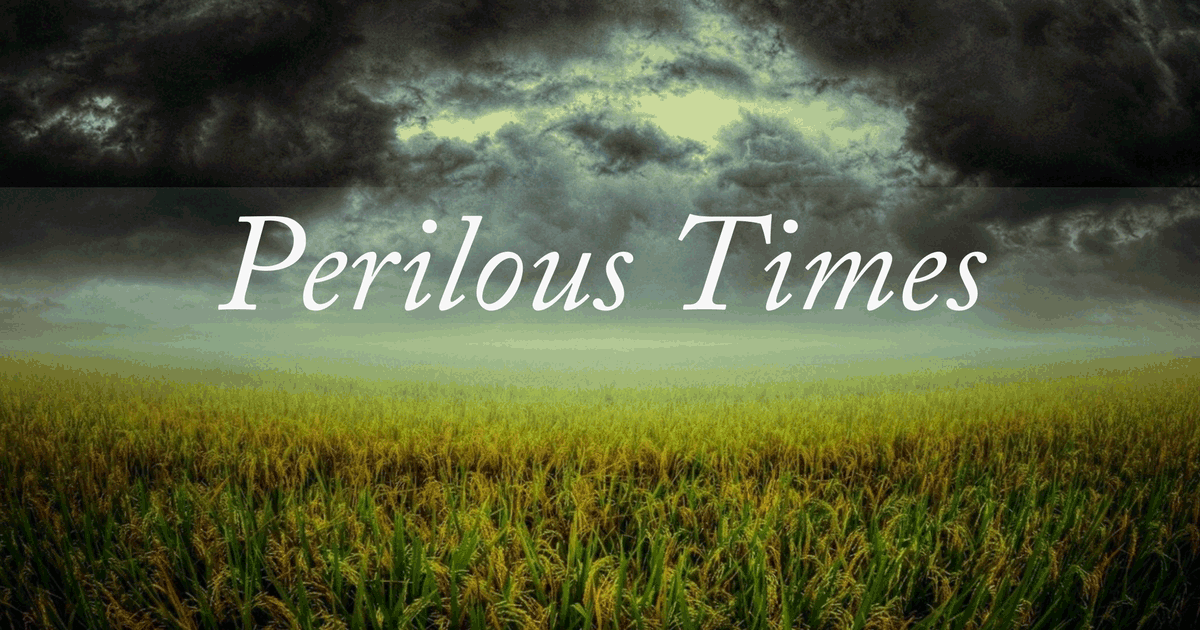 It seems that Christians, especially those in the West, are going to have a much harder time going forward. Much of Western civilization was built on Biblical principles and a Christian worldview. But this foundation is facing a full-frontal and all-out attack, if not by secular humanism, then by Marxism, cosmic humanism, postmodernism and Islam. All these various ‘isms’ etc. are not according to Christ, but instead are part and parcel of the philosophy of this world with its empty deceit according to human tradition and the basic principles (or spirits) of this world (cf. Col 2:8). Christians in the West have had it relatively easy, but we too are fools for Christ, increasingly disdained by the so-called ‘sophisticated’ of this world — and yet, while the message of the cross is foolishness to those who are perishing, to us who are being saved it is the power of God (cf. 1 Cor 1:18). Contrary to the various ‘isms’, the fullness of God dwells in Christ and we are complete in Him, Christ who is the Head of all principality and power (cf. Col 2:9–10). Without Jesus we can do nothing (cf. Jn 15:5), but our foundation is Christ and we seek those things which are above, where Christ is, sitting at the right hand of God (Col 3:1; cf. 1 Cor 3:11). If we build on Christ, then our work will abide and we will receive a reward (1 Cor 3:14). But that does not mean it is going to be easy going forward, in fact, Christians all over the world may increasingly find perilous times to come.

The Wrath of Man

Regarding the wrath of man, since a disciple is not above his or her Teacher, nor a servant above the Lord, just as our Lord was persecuted, so too should Christ’s disciples expect such treatment (cf. Mat 10:16–33). Paul warns Timothy that ‘all who desire to live godly in Christ Jesus will suffer persecution, but evil men and impostors will grow worse and worse, deceiving and being deceived’ (2 Tim 3:12–13).

The Wrath of the World

The Wrath of Satan

Believers also face the wrath of Satan and his fallen angelic host. Peter warns believers to be ‘sober, be watchful: your adversary the devil, as a roaring lion, walks about, seeking whom he may devour’ (1 Pet 5:8). Moreover, Paul commands all believers to ‘put on the whole armour of God, that you may be able to stand against the wiles of the devil. For we do not wrestle against flesh and blood, but against principalities, against powers, against the rulers of the darkness of this age, against spiritual hosts of wickedness in the heavenly places’ (Eph 6:11–12).

Fight the Good Fight, Finish the Race, And Keep the Faith

It seems that Christians, especially those in the West, are going to have a much harder time going forward. But Christians can do all things in Him that strengthens us (Phil 4:13). We are to resist the devil (1 Pet 5:9), flee the temptations of the world system (the lust of the flesh, the lust of the eyes, and the pride of life; 1 Jn 2:15–17; 1 Tim 6:11; 2 Tim 2:22), and deny the flesh (Rom 6:12–13; 7:18–24; 8:13). Satan aims personal attacks to get people to doubt, to deny, to disregard, and to disobey the revealed will of God (cf. Gen 3; Mat 4). The world system seeks to get people to believe that they do not need God (1 Jn 2). And the flesh tempts us to think that we can find satisfaction, joy, and fulfilment on the physical, material level of life alone (Rom 7). But Christians are not to be fashioned according to this world, but be transformed by the renewing of our minds, that we may prove what is the good and acceptable and perfect will of God (Rom 12:2). Those heroes all died in faith, not having received the promises, but having seen them and greeted them from afar, and having confessed that they were strangers and pilgrims on the earth (Heb 11:13). Fight the good fight, finish the race, and keep the faith, for even though perilous times may come to us too, as strangers and pilgrims on the earth, we have Christ in us, the hope of glory.

← Read Why MUST Christ Reign On the Earth Before the Eternal Order? read The Judgement Seat of Christ →