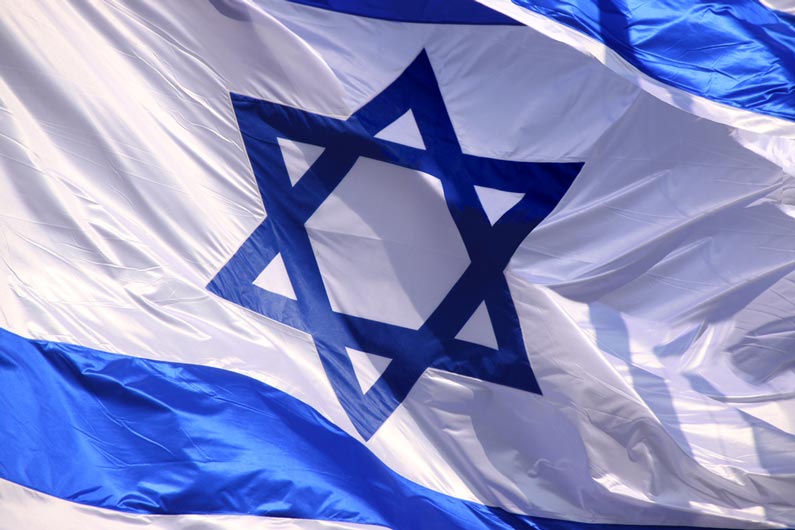 Early December, FaithEquip attended the 2018 Pre-Trib Conference in Dallas. The theme of this conference was ‘Remembering the Holocaust on Israel’s 70th Anniversary’. We briefly summarize each of the ten sessions. A link to the conference material is provided at the end of this article.

God not only preserved the Jewish people through time but also miraculously restored Israel in our time. It was only out of the ashes of Auschwitz, and a score of other death camps, that the promise of the dry bones began to be fulfilled. Price highlighted that God has been performing three miracles in the preservation of the Jewish People, namely that the Jewish People are the only people to: ~ (1) remain a distinct people despite exile and assimilation; (2) return to an ancient homeland once dispersed and to have regained their independence in their land after 2,000 years; and (3) have revived their ancient language.

Happy 70th Anniversary Israel! You are a miracle of divine preservation, prophetic promise and spiritual prosperity to those who love you (cf. Ps 122:6b).

“The Final Solution as Nazi Eschatology” – by Dr. Mark Musser

Unbelievers also have an eschatology, but the source of their end-time views is not based on God’s revealed truth in the Bible. Musser traces philosophical developments in Germany which ultimately gave rise to Nazi eschatology, moving from Kant, Hegel, Marx and Nietzsche all the way to Harnack and then Hitler. The Nazi ‘Millennial Reich” was a parody of Christ’s future millennium reign. In Nazi eschatology, fallen mankind subscribed to an eschatology of death. By contrast, when Christ rules on earth for a thousand year, there will not be wars, but peace.

“‘Can These Bones Live?’ Holocaust Lessons from Le Chambon” – by Dr. Paul Wilkinson

In this presentation, Wilkinson considered how and why one remote Christian community in France bucked the trend during the World War 2, at a time when mainstream churches across Europe were not listening to God’s voice and were largely indifferent to the plight of Jews. What was it that set these French believers in and around the small town of Le Chambon apart, when the helpless descendants of Abraham, Isaac, and Jacob suddenly appeared on their doorstep in need of sanctuary? This moving and informative presentation of Wilkinson beautifully brought the activities in and around Le Chambon to light.

“From Hate to Love” – by Johannes Vogel

This personal story is that of a German family who moved from hating Jewish people to loving them. Vogel’s grandfather was a member of the SS – but during the war he came to faith in the Jewish Messiah. Vogel’s father also became a believer in Jesus Christ. Today, Johannes Vogel heads a Bible school in Germany. Vogel concluded his presentation with these words:

In conclusion, I can honestly say that God changed my family – from utmost hatred of the Jewish people to the deepest love for them through the Jew Jesus. Forgiveness is possible only through the Jewish Messiah, Jeschua Ha-Maschiach, whose love is more powerful than man’s hatred. Only Jesus can transform hatred into love, a love which my father received and which was shown through him and my family to the many Jewish people who came to our home over the years.

“Messianic Jews in the Warsaw Ghetto” – by Dr. Mitch Glaser

Glaser’s essay introduced the modern Messianic movement to the Jewish believers of the Warsaw Ghetto; their unique testimony and witness and contributions to both Jewish life and to the Church. These Messianic Jews in the Warsaw Ghetto were unlikely and involuntary heroes, but a dynamic part of our legacy that, if known and recognized, could provide some critical lessons and inspiration for a new generation of Messianic Jews.

“The Coming Lamb: John’s Apocalyptic Introduction of Christ and its Eschatological Implications” – by Dr. Jeffrey Dickson

In Revelation 5:6, the Lord Jesus Christ is described as the Lamb (Greek: arnion) as though it had been slain. In this verse, the Greek word used for Lamb is arnion. This word is almost never used in the New Testament, but arnion is used 28 times in Revelation. Why? Dickson concluded that arnion involves Jesus’ unique ability to set in motion the eschaton and thereby the ultimate salvation (glorification) of his people. This ability is afforded him because he (the Lion of the Tribe of Judah) humiliated himself to the point of death (a Lamb standing as if slain) and as such has been given all power (seven horns) and perception (seven eyes), to continue to perform God’s will. Because of this, he is worthy of worship. The Christological statement made here (accentuated by the image of the arnion) successfully portrays Jesus in his humblest and therefore most glorious light (His passion). It is this image in which John decides to cast Jesus throughout the remainder of Revelation.

“Modern Jewish History: From Never Again to Over Again!” – by Olivier Melnick

After providing four reasons to study Anti-Semitism, and after defining the term (‘the irrational hatred of the Jewish people characterized by destructive thoughts, words and/or actions against them”), Melnick divided his presentation into two main sections:

By the mid-1960s, a new Anti-Semitism was forming as Classical Anti-Semitism was re-packaged and morphed into a socially acceptable ideology. Now, it has new boundaries, a new methodology, and a new source. Today, Modern Anti-Semitism is not mainly a European phenomenon, but it has gone global. As for the new methodology, the world paints Jews as the “New Nazis of the Middle East”, thus a role reversal is propagated whereby the victims are cast as perpetrators, and the perpetrators are cast as victims. As we move closer to Christ’s return, End-Times Anti-Semitism will increase, for Satan does not want the Jews to say to Jesus, “Blessed is He who comes in the name of the LORD!” (Mat 23:39).

Many Jews lost their faith in God during and after the Holocaust. Without at all saying he has all the answers, Rydelnik discussed the problem of theodicy. God exists, He is good, and He is also omnipotent and sovereign — and yet evil has clearly entered this world, brutally evidenced by the events of the Holocaust. Rydelnik dealt Biblically with this very difficult topic.

“When Your Face Was Your Destiny” – by Dr. Arnold Fruchtenbaum

What happened to the Fruchtenbaum family during and after World War 2? Few of the wider family survived the war. Arnold Fruchtenbaum was born in 1943 in Siberia, Russia after his Jewish father — falsely accused of being a Nazi spy when he fled Poland from Hitler — was released from a Communist prison. With the help of the Israeli underground in 1947, the Fruchtenbaum family escaped from behind the Iron Curtain to Germany, where they were confined to British Displaced Persons’ camps. The family finally immigrated to New York in 1951. Before their release, however, the family was befriended by a Lutheran minister; and it was this contact that eventually led Arnold and his mother to the New York headquarters of the American Board of Missions to the Jews (ABMJ). Five years later, this same organisation, through Ruth Wardell, brought Arnold, at age 13, to a saving knowledge of Jesus the Messiah.

“Why the World Hates the Jews” – by Dr. Mike Stallard

Why are the Jewish people the target of such deep-seated animosity? Why, after all the lessons we could learn from the days of the Holocaust, does anti-Semitism seem to be on the rise? Why does the world hate the Jewish people so much? Stallard’s presentation, while not necessarily an exhaustive exposition of the topic, reviewed some of the major justifications given, especially by Christendom, and provide some helpful responses that Bible-believing Christians should embrace.

The conclusion should not be surprising to those who love God and His Word. There is absolutely no place for racist, anti-Semitic attitudes or actions among Bible-believing Christians. Even if we treat Jewish people as our enemies, Jesus taught us to love them (Matt. 5:44). Genesis 12:3 is still in the Bible. It has not been abrogated by later revelation. God will bless those who bless Abraham and his physical descendants through Isaac and Jacob. Such a truth should be enough by itself to motivate a true Christian believer into loving the Jewish people and seeking their welfare. To be sure, all evangelical Christians should want to share their faith in Jesus with all Jewish and Gentiles people. It is what we are supposed to do based upon the requirements Jesus has given us. We should certainly consider it a great tragedy when any Gentile or Jew rejects our Jesus. But when our message is rejected, we should not respond with hateful vengeance, but loving patience. Only God can convince a soul. All we do is plant seeds of truth. While we go about our seed-planting, let us refuse to go the way of the world. Let us live differently. Let us love the Jewish people.

FaithEquip was blessed to have been able to attend this conference. We trust you find the above summaries helpful. Hopefully this will motivate you to read the various articles and/or presentations of the 2018 Pre-Trib Conference. You can download conference material.