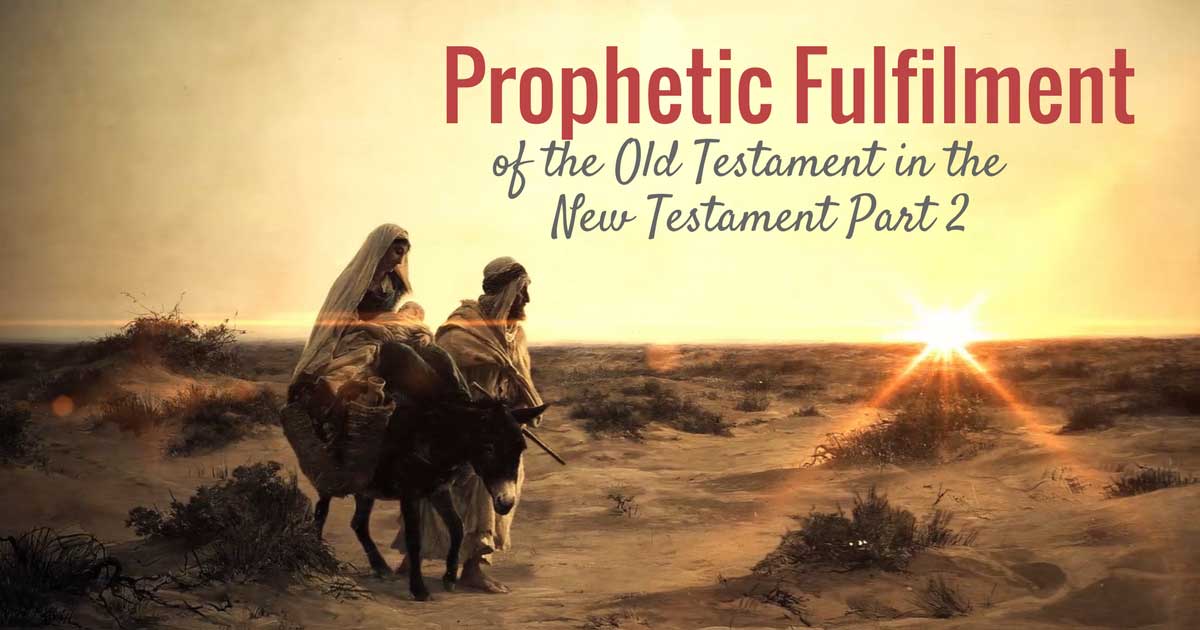 There is no reason to believe that the authors of the New Testament used the Old Testament out of context or ‘creatively’, or that they changed or reinterpreted the meaning of the Old Testament (Rydelnik 2010:111; Fruchtenbaum 2016:43). The hermeneutical principle of normal, literal interpretation (grammatical-historical method) is not revoked in the New Testament, to the contrary, it is confirmed. There are rules for the interpretation of types and analogies, but it functions within the hermeneutical principle of normal, literal interpretation (the grammatical-historical method) and for this reason, the allegorization or spiritualization of parts of Scripture based on the existence of types and analogies cannot be justified (Feinberg, P.D. 1988:123; Malan 2014:14–16).

When there are typological, applicational or summation fulfilment of the Old Testament in the New Testament, does this not mean that all direct prophecies now fall away and/or change into the abovementioned typological and/or applicational and/or summation categories of fulfilment? No, definitely not! One must at least concede that direct Old Testament prophecies about Christ’s second coming will be fulfilled. But what about direct, unconditional and still unfulfilled non-Christological covenant promises and prophecies in the Old Testament? Will God fulfil these directly to the people to whom He made these promises? Concerning such prophecies and promises, the answer is resoundingly ‘yes’, because God cannot lie. God will do what he promised to those to whom He promised it, even if He made this promise or gave this prophecy only once (Feinberg, J.S. 1988:76–77). I agree with Turner (1985):

If NT reinterpretation reverses, cancels, or seriously modifies OT promises to Israel, one wonders how to define the word “progressive”. God’s faithfulness to his promises to Israel must also be explained. (p. 282)

Assume just for argument’s sake that national Israel is an Old Testament type for a New Testament antitype, namely the Church. Does this imply that unconditional and still unfulfilled Old Testament promises and prophecies regarding Israel are explicitly or implicitly taken over or transcended by the Church? No, it does not. Sometimes an Old Testament type is ended by the New Testament antitype. Old Testament ceremonial laws and institutions related to the Levitical priesthood under the Law of Moses are for instance ended in the New Testament. But is this the case with all type-antitype-relationships? The unconditionality of certain promises to Israel cannot even implicitly be taken away from Israel by the New Testament: ‘[U]nconditional promises are not shadows, nor are the peoples to whom they are given’ (J.S. Feinberg 1988:76). Further, ‘if the NT antitype cancels the meaning of the OT type, the NT must tell us so’ (J.S. Feinberg 1988:79). Turner (1985:282) affirms this: ‘Genuine typology and analogy between OT and NT should not be viewed as destructive to the literal fulfilment of the OT promises to Israel…’

The same kind of argument can be used for analogical fulfilment of the Old Testament in the New Testament. If the New Testament makes an application and adds a referent to an Old Testament promise or prophecy, does this cancel the Old Testament referent? The answer is once again ‘no’. For example, when Peter says on Pentecost that ‘this is what was spoken by the prophet Joel’ (Acts 2:16), what kind of fulfilment of Joel 2:28-32 is in view here? It is not a direct, typological or summation fulfilment, but rather an applicational or analogical fulfilment. Why? Joel 2:28-32 says that there will be great cosmological changes and that people will prophesy, dream and see visions. However, Acts 2 does not speak of cosmological changes and goes on to mention speaking in known languages, which Joel 2 does not mention. Further, the rules of typology have not been met and this is not a summation fulfilment. The analogy or correspondence is that both parts of Scripture have in view an outpouring of the Holy Spirit (cf. Feinberg, P.D. 1988:125–127). If the Church was born on Pentecost in Acts 2 and partakes in spiritual blessings in Christ, does this mean that the direct prophecy of Joel 2:28-32 will not be fulfilled to Israel at the end of this dispensation? No, in fact, it will indeed be fulfilled directly as God promised.

What about summation fulfilment? Some think that there is a ‘reality shift’ as one moves from the Old Testament to the New Testament, since prophetic fulfilment sometimes ‘rises above the boundaries of reality’ (Heyns 1963:27, own translation). Did the character of the kingdom not become spiritual and heavenly, rather than earthly or political (Waltke 1988:268, 270–271)? And if Christ is our peace and has made both Jew and Gentile believers in Him one new person (Eph 2:11-16), how can Israel still have a future as a nation (Hoekema 1979:199–200)? Blaising (2015:91-93) summarizes the non-dispensationalist position as follows: Old Testament promises made to Israel are fulfilled in Christ, the Church or in the new creation so that the reality shift takes place spiritually and Christologically away from Israel to Christ, away from the material, the earthly and the ethnic to the heavenly, spiritual and non-ethnic reality, or then to another kind of Israel, one where the land, the people and the nation is transcended. There is definitely a spiritual unity in the Church between believing Jews and believing non-Jews in Christ. Regarding justification, sanctification or ultimate glorification, there is absolutely no favouring of a Jew over a non-Jew, or the other way around. The underlying presupposition of the non-dispensationalist position – based on the idea of one covenant nation under the covenant of grace where many differences must be revoked in the name of continuity – is that the spiritual meaning cancels out or overrules any other kind of meaning (see Feinberg, J.S. 1988:71–73). But is this true?

Even within a local congregation, there are functional differences: some are leaders and others not (Heb 13:17); some have this gift and others have that gift (1 Cor 12:28–30). Does this mean that in Christ all functional differences between Jew and non-Jew, slave and free man or man and woman have been set aside (Gal 3:28)? No, it has not. The fact that both Jew and non-Jew are children of Abraham in a spiritual sense, does not suddenly make non-Jews into Jews or make them part of the people of Israel (cf. Saucy 1993:50). Fruchtenbaum (1989:76, 702) asks a valid question: If you believe that you are a child of Abraham, does this automatically make you a child of Jacob (whose name was changed to Israel)? Said differently: If all who belong to Christ are children of Abraham, does this mean that all Abraham’s children belong to Christ (see Rom 4:11–12; Gal 3:25–29)? Summation fulfilment does not cancel or change the direct, unconditional and as-yet unfulfilled Old Testament promises and prophecies.

Based on the above discussion, we summarise as follows:

The above is an English extract from:

Other sources to which the article refers to can be found in In die Skriflig.