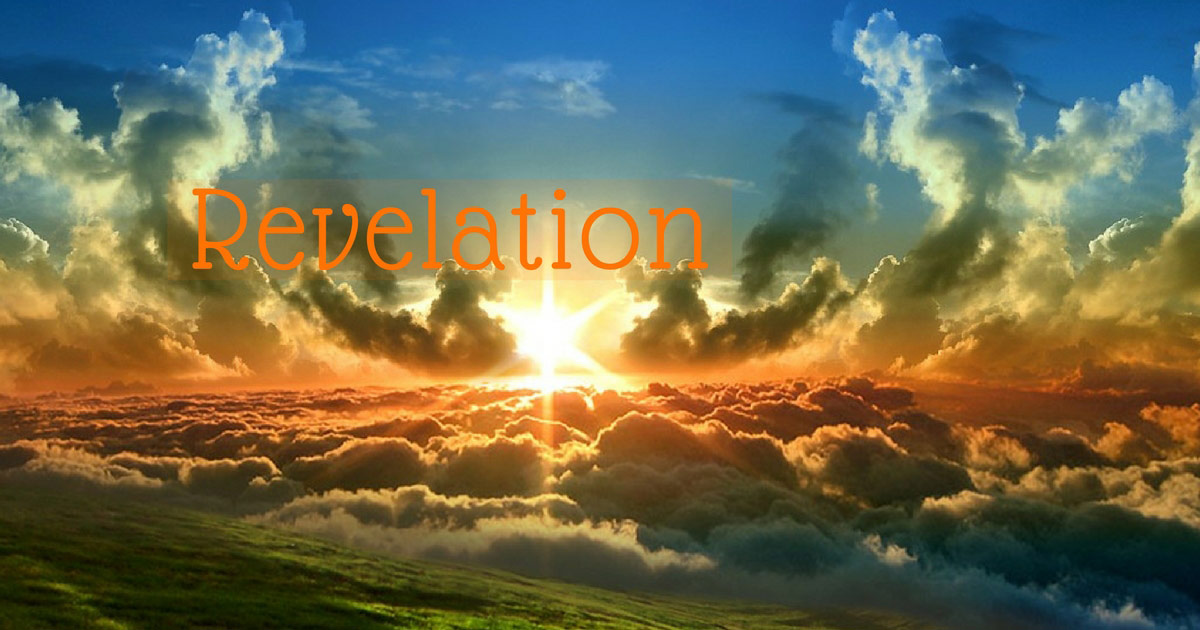 The title of the last book in the Bible is immediately introduced: ‘The revelation of Jesus Christ’ (1:1). God the Father revealed to Jesus Christ so that He will show to his servants ‘the things that must soon take place’ (1:1). Christ then communicated or signified this revelation (or “unveiling”) by sending his angel to his servant (1:1). This servant is the apostle John (1:1, 4,9; 22:8), as testified almost unanimously by early church leaders (Justin Martyr, Irenaeus, Papias, Clement of Alexandria, Tertullian, Hippolytus, Origen and Methodius).

On account of the Word of God and the testimony of Jesus, the apostle John was exiled to the island of Patmos by the Roman Emperor (1:9). Irenaeus, an early church leader of one of the seven churches (cf. Revelation 2-3), wrote that John received the vision ‘no very long time since, but almost in our day, towards the end of Domitian’s reign’ (Tenney 1985:384). The apostle John wrote Revelation in AD 95.

Is there no relation between Revelation and Jewish apocalyptic literature of 300 BC to AD 100? Vlach (2012:242) says the answer ‘depends on what one means by apocalyptic. If one identifies apocalyptic as divine revelation about the future in the form of visions and symbols to a prophet under divine inspiration, then, yes, the book of Revelation is apocalyptic. So too were OT prophetic books such as Daniel, Ezekiel, and Zechariah. But if one views John as mimicking the genre of other Jewish apocalyptic writers of his day who were not inspired then there are major problems’.

The grammatical-historical method (also called the literal method of interpretation, which method certainly takes figurative and symbolical language into account) is used to interpret the Bible, taking the normal principles of grammar and facts of history into account to ascertain the meaning of the text. This method can be applied to the Bible’s prophetic sections, to narrative sections, to legal codes, etc. Revelation should be interpreted like any other part of the Bible. Prophecy does not require a special (spiritual, really mystical) hermeneutic (Constable 2017:3).

‘One may wonder how a book of symbols and visions such as Revelation can be interpreted literally. This is not so difficult to understand if one keeps in mind that the symbols and visions were the means of communicating the message of the prophet, but they have a literal meaning unless otherwise stated in the text. They do not furnish grounds for interpreting the text in a nonliteral fashion. They are to be interpreted as one would interpret the rest of the Bible’ (Thomas 1992:35). ‘Some of the details of this prophecy [the book of Revelation] will be given in the form of symbols, but behind these symbols are literal truths’ (Vlach 2012:243). Revelation does contain ‘many symbols, but the book itself, and other books of the Bible, help us to interpret the symbols’ (Constable 2017:4).

Revelation is ‘really a very simple book. It boils down to this: Jesus wins!” (Constable 2017:8). How does Revelation unveil the person, power and program of Jesus Christ? According to Fruchtenbaum (2004:10-11; cf. Tenney 1985:385), the ‘value of the Book of Revelation is not that it provides a lot of new information, but rather that it takes the scattered Old Testament prophecies and puts them in chronological order so that the sequence of events may be determined’. Revelation 1:19 may provide the basic outline of the book: ‘Write therefore the things that you have seen, those that are and those that are to come’. The things that you have seen may refer to 1:1-20; The things which are include 2:1-3:22; and The things which will take place after this refer to chapters 4:1-22:21.

Despite the various interpretations of this remarkable book, we should all agree that Revelation is about Jesus Christ. Revelation 1:7 may be the theme of the book: ‘Behold, He is coming with the clouds, and every eye will see Him, even those who pierced Him, and all tribes of the earth will wail on account of Him. Even so. Amen.’ It is edifying to consider some of the many titles of Jesus Christ mentioned in Revelation: ‘Jesus Christ the faithful witness, the firstborn of the dead, the ruler of the kings on earth’ (1:5). ‘I am the Alpha and the Omega’ (1:8), ‘I am the first and the last’ (1:17). Or consider that Jesus Christ is ‘The Word of God’ (19:13), ‘the KING of kings and LORD of lords’ (19:16), the ‘Beginning and the End’ (22:13).

When we started this review of Old and New Testament books in 2017, we trusted that you would enjoy the discovery of God’s Word anew, that it will not just be the accumulation of knowledge but that it will translate into deeds from the heart (cf. James 1:22; 2 Peter 1:3-11). We hope that all grow in the grace and knowledge of our Lord and Saviour, Jesus Christ (2 Peter 3:19). Having completed this Bible overview, we say: ‘Behold, He is coming with the clouds!’ (Revelation 1:7; cf. 22:17, 20).

← Read 1, 2 and 3 John read Until the Day Breaks and the Morning Star Rises In Your Hearts →