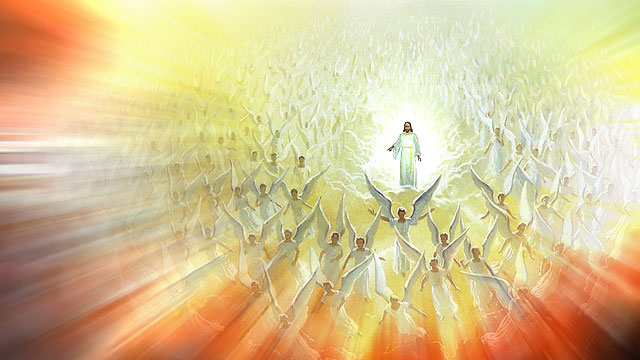 The Basis of the Second Coming of Christ

In Matthew chapters 4–12, Jesus’ words and miracles not only authenticated his person (he is the Messiah), but also his message to Israel (the gospel of the kingdom). The gospel of the kingdom was preached only to Israel (Matthew 3:2; 4:17; 10:5-7; 15:24), because to Israel belongs the unconditional Abrahamic, Land, Davidic and New covenants as well as the conditional Mosaic covenant. If Israel had accepted Jesus as the Christ, the Son of the living God, then the Messianic kingdom would have been established on earth in terms of the above covenants and other Old Testament prophecies. It is important to note that Christ would have gone to the cross regardless of whether or not Israel accepted the Messiah as its King and Saviour. Even so, what happened?

In Matthew 12:22-32, Jesus drove a demon from a man who was blind and mute, the crowd recognised this as a Messianic miracle and asked their religious leaders, “Is not this the son of David?” (Matthew 12:23). Because the miracle could not be ignored, the Pharisees ascribed the work that the Holy Spirit performed through Jesus to Beelzebub, the prince of demons (Matthew 12:24). This is the unpardonable sin that ‘this generation’ in Israel committed and this sin is described as follows by Fruchtenbaum (1989:617):

The content and definition of the unpardonable sin is the national rejection of the Messiahship of Jesus by Israel while He was physically present on the basis that He was demon possessed. This sin is unpardonable, and judgment was set. The judgment came in the year A.D. 70 with the destruction of Jerusalem and the Temple and the world-wide dispersion of the Jewish people. … From this point on a special emphasis is placed on this generation in the gospels, for it was guilty of a very unique sin. At this point, His offer of the Messianic kingdom was rescinded. It will not now be established in their day because of the unpardonableness of that sin.

The unpardonable sin is a national sin that was committed by ‘this generation’ in Israel who blasphemed the Holy Spirit during the First Coming of Christ. Notice the frequent references in Matthew to ‘this generation (12:39, 41, 42, 45; 16:4; 23:36) and even still in Acts 2:40. This sin has far-reaching consequences but cannot be committed today. Individual Jews can —and are! —saved, but the nation of Israel is not currently being used as the vehicle to bring the gospel of Christ to the world. At this stage God is working in the world through the Church. At some stage, however, God will again focus his attention on nations, especially the nation of Israel (cf. Romans 11:25-27). So all is not lost for the nation of Israel (see Romans 11:1, 11)! Contrary to popular opinion, the Church has not permanently ‘replaced’ Israel. God will certainly fulfil his unconditional promises to the nation Israel (cf. Romans 11:29). But when will this happen?

The Basis of the Second Coming of the Lord Jesus Christ

There are at least five passages which clearly state that a future generation of Jews will have to confess the national sin of Israel and plead for Christ to return to the earth.

Jesus Christ will not return to the earth until the Jews and the Jewish leaders ask Him to come back. For just as the Jewish leaders once led the nation to reject the Messiahship of Jesus at the First Coming, so a future generation of Jewish leaders must someday, towards the end of the Tribulation Period, lead the nation to the acceptance of the Messiahship of Jesus of Nazareth. This also explains why the god of this age wants to destroy the Jews, for if Satan could destroy the Jews they will not be able to acknowledge Israel’s specific offence and specific iniquity. But all the promises of God find their Yes in Christ (cf. 2 Corinthians 1:20). Towards the end of the Tribulation Period the Jewish generation then still physically living will have accepted Jesus as the Messiah and Saviour-King and they will say, “Blessed is He who comes in the name of the LORD!” (Matthew 23:39). Then the Lord Jesus Christ will come to the earth, in great power and great glory (cf. Matthew 24:29-30)!

Fruchtenbaum, A.G., 2005, The Basis of the Second Coming of the Messiah, Ariel Ministries, Tustin.