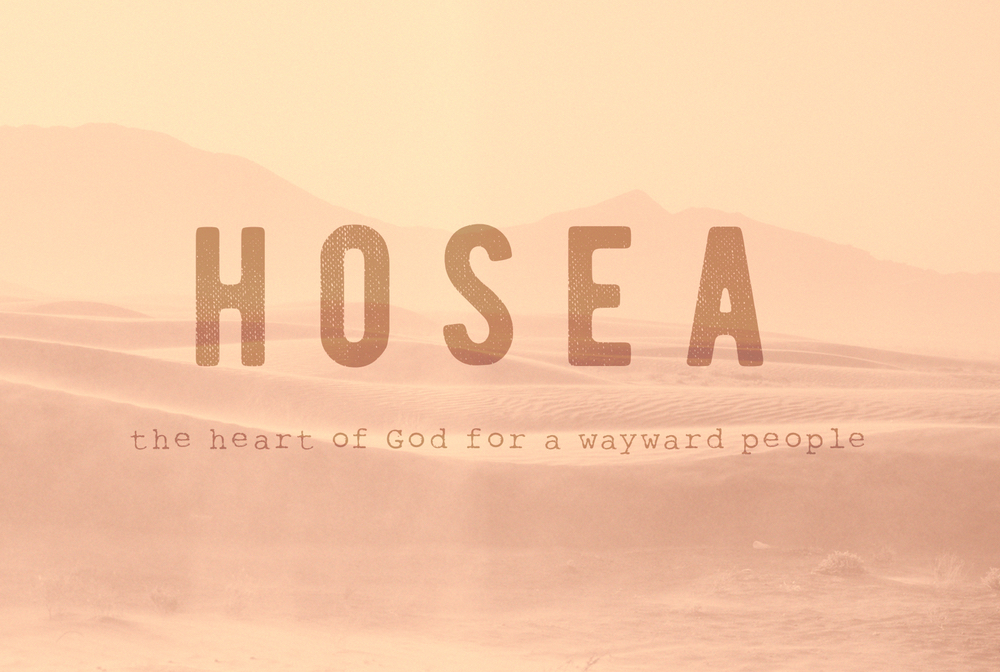 The Book of Hosea

Together with Amos, Micah and Isaiah, Hosea was an eighth-century BC prophet to Israel and to Judah. While he ministered during the reigns of four kings of Judah (the Southern kingdom), Hosea ministered primarily to the Northern kingdom (Israel), including the reign of Jeroboam II (1:1; cf. 7:5).

The ministry of Hosea may have stretched over a very long period, perhaps even as long as 80 years. Since he ministered also during the reign of Hezekiah (1:1), we know that Hosea must have witnessed the fall of the Northern kingdom in 722 BC when the Assyrians took them into captivity. This fall could have been avoided if Israel had repented of her sins, turned to God, started to grow in sanctification by obeying the conditional Mosaic Covenant under which she was — but Israel did not.

Hosea may be viewed as the ‘Jeremiah of Israel’, the home missionary of the Northern kingdom (cf. 7:5) just as Jonah was the Northern kingdom’s foreign missionary to other nations (Robinson, quoted by Constable 2017:3). If Israel and Judah wanted to experience the material and spiritual blessings of the unconditional covenants (ex: Abrahamic, Land, Davidic and later also the New Covenant) that God had given them, it had to obey the conditional Mosaic Covenant that it was under at that time. If it did not do so, the curses of the Mosaic Covenant would fall upon them (cf. Deuteronomy 27:1-28:68). The first purpose of the Book of Hosea is therefore to call Israel (and Judah) to acknowledge her sins, to repent and to turn to the LORD who loves her with a loyal love (Hosea 2:14-23; 11:8-9). If she repented, Israel would not have gone into captivity, but she did not repent, with disastrous effects. Secondly, while Hosea exposes the ‘utter rebelliousness of humanity’ which deserves God’s ‘retributive wrath’, the book also shows ‘God’s unwavering righteousness’ and ‘God’s restorative mercy’ (Goodrich 2014:1315).

What makes it difficult to outline Hosea is that there are not many obvious structural markers to help demarcate between various sections of the book. Chapters 1 to 3 is relatively easy to demarcate from the rest of the book: the actual, historical events in the life of Hosea — namely to marry a prostitute and to have children with her — was used by God to symbolically depict Israel’s relationship as the wife of Jehovah (Fruchtenbaum 2005:3). Just as Gomer was unfaithful to Hosea (cf. 3:1), so too was the wife of the LORD guilty of spiritual adultery and fornication against her Husband. Just as Hosea had to woo his estranged wife back to him (3:1-4), so too will God woo Israel back to Him in the latter days (Hosea 3:5; cf. also 5:15-6:3; 14:4-8).

Silva (2007:182-183) shows that ‘alternating cycles of judgment and restoration control the structural development of the six cycles’ that were mentioned in the outline above:

Since Hosea 11:1 describes a historical event and not a prophecy, Ladd (1977:21–23) believes Matthew ‘reinterprets’ the Old Testament in the light of the Christ event and so he finds a ‘deeper meaning’ in the text. However, Rydelnik (2010:101–102) convincingly shows that the following divinely determined type/antitype-relationship is established in Numbers 23:18-24 and Numbers 24:7-9: What God does for Israel, He will also do for the future king of Israel. As God called Israel out of Egypt, so God will call the future king of Israel out of Egypt. Why does Matthew then quote Hosea and not Numbers 24:8? Matthew did not just want to emphasize Israel/the king of Israel’s exit from Egypt, but also national Israel’s/Christ’s relationship as son/Son of the Father (Rydelnik 2010:103–104). Contrary to Ladd, there are no grounds to claim that Matthew changes, reinterprets or uses the Old Testament out of context, because, in fact, the opposite is true (Scholtz 2016:6). The following table shows that a type/antitype-relationship (remez) is established in the Pentateuch:

The outstanding revelation concerning the LORD in the Book of Hosea is God’s loyal love for His own (Constable 2017:4). Hosea makes it very clear that Israel and Judah have sinned, be it through violent crimes (4:2; 6:9; 12:1), political revolt (7:3-7), various alliances (7:11; 8:9), un-thankfulness (7:15), social injustice (12:7), arrogance (13:6) and, above all, spiritual idolatry and fornication. What is true of Israel is, however, also true for all nations. And yet over and over again God shows his unfailing and loyal love to those that belong to Him, not only for the remnant of Israel, but for all non-Jewish believers out of all the nations as well.

God has chosen Israel (my son) as the nation through which He will bring blessing to all the nations. It is the LORD who says to Israel: ‘How can I give you up, O Ephraim? How can I hand you over, O Israel? How can I make you like Admah? How can I treat you like Zeboiim? My heart recoils within me; my compassion grows warm and tender. I will not execute my burning anger; I will not again destroy Ephraim; for I am God and not a man, the Holy One in your midst, and I will not come in wrath’ (Hosea 11:8-9). It is the same LORD who says to Israel as his (currently) estranged wife: ‘And I will betroth you to me forever. I will betroth you to me in righteousness and in justice, in steadfast love and in mercy. I will betroth you to me in faithfulness. And you shall know the LORD’ (Hosea 2:19-20). This will happen at the end of the Tribulation Period when, enabled by the New Covenant, Israel finally turns to the LORD and becomes the faithful wife of Jehovah (cf. Hosea 5:15b-6:3; Matthew 23:39).

But again, God is love. While Israel is still in disobedience, between the two comings of the Lord, Jesus is building his Church, the bride of Christ. The gospel of Christ is to the Jew first, but also for the Greek (cf. Romans 1:16-17). The LORD has shown his unfailing and loyal love repeatedly, so what is your response to the love of God (cf. John 3:16)?