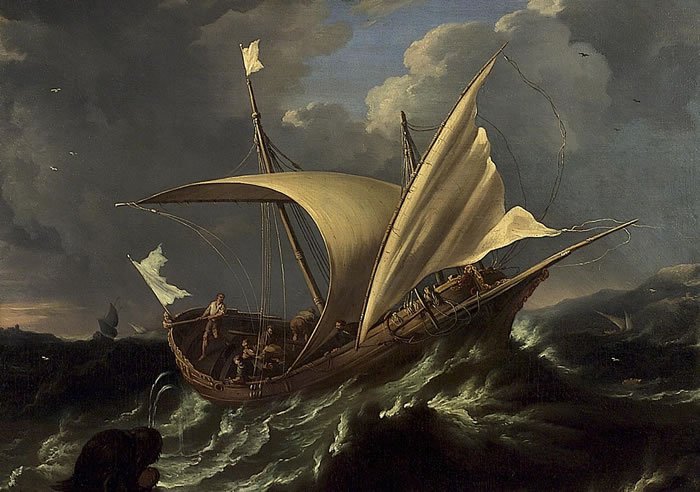 The Book of Jonah

2 Kings 14:23-25 says that Jonah was a prophet who lived three miles from Nazareth, in a place called Gath-hepher, and he ministered during the time of king Jeroboam II. As the king over the Northern kingdom, Jeroboam II reigned during 793-753 BC and Ashur-Dan III ruled in Nineveh during 773-756 BC, so the events described in Jonah must have occurred sometime between 773-756 BC.

Jonah was probably written in the late 760s BC (Thrasher 2014:1361). Whereas Elijah and Elisha was sent to Sidon and Syria (1 Kings 17:8-24; 2 Kings 8:7-15), Jonah was sent to Nineveh, a ‘great city’ of the Assyrians — and it is of course the Assyrians who would eventually take the Northern kingdom into captivity in 722 BC. Since the people of Nineveh repented at the preaching of Jonah, that generation was spared God’s wrath — but a later generation would return to their evil ways and, as the Book of Nahum warned, eventually Assyria would be overthrown by the Babylonian kingdom in 612 BC. Jonah was a contemporary of Hosea, Amos and Micah, ‘minor’ prophets who prophesied during 780-735 BC. The name of Jonah means ‘dove’ and his father’s name (Amittai) means ‘truth’ (Fruchtenbaum 2005:4). Many centuries later, when the Pharisees said to Jesus that no prophet arises from Galilee, they were forgetting the truth that Jonah was from Galilee (cf. John 7:52).

Bible books do not come along with a table of contents or some index, so students of God’s Word must find the structure in the text that the Holy Spirit inspired. One obvious benefit is that by the time one has an idea of a book’s structure, you have actively been involved and engaged with God’s Word. In the case of the Book of Jonah, we find five settings: The Mediterranean Sea (1:3), the belly of the fish (2:1), from the midst of Sheol (2:2), Nineveh (ch. 3) and east of the city of Nineveh (ch. 4). Further, as Rooker (2011:448) shows, the Book of Jonah has seven episodes: Jonah’s initial commission and disobedience (1:1-3), Jonah and the sailors (1:4-16), Jonah’s prayers (1:17-2:10), Jonah’s recommissioning and obedience (3:1-4), Nineveh (3:5-10), Jonah’s prayer (4:1-3) and the Lord’s lesson for Jonah (4:4-11). While many focus on Jonah, or the great fish, or the people from Nineveh, it is more important to note that the Book of Jonah opens and closes with God speaking (1:1; 4:11) — it is the sovereign, gracious, compassionate and merciful God who is the main character in this book (Thrasher 2014:1361). While the seven episodes in Jonah are arranged in chronological order, it is interesting to note that the first and fourth, second and fifth and third and sixth episodes are matched to each other, but the seventh and last episode is unmatched, thus highlighting what God emphasises (Dorsey 1999:295; Rooker 2011:448). The initial commissioning and then re-commissioning of Jonah are therefore matched, the events surrounding the pagan sailors who repented as well as the repentance of the people of Nineveh are matched as are Jonah’s prayers. The following proposed structure for the Book of Jonah by Dorsey (1999:292) is endorsed:

The structure mentioned above helps the reader to understand the main themes and purposes of the Book of Jonah. Firstly, Israel is indeed God’s chosen nation, but Israel is not an end but is rather a means that God wants to use to bless other nations. Salvation belongs to the LORD (2:9), but the LORD wants all people to be saved, not only Jews or only the nation of Israel, but all nations and all Gentiles (cf. Isaiah 19:19-25; 1 Timothy 2:4; 2 Peter 3:9). Secondly, God wants sinners to repent, avoid judgement and to be saved. Third, believers should not resent the mercy that God shows to sinners outside of one’s group (Dorsey 1999:295). Four, God’s character shines through the Book of Jonah: the LORD is compassionate (4:11), patient and long-suffering (3:1-3; cf. 1:1-3), gracious, merciful and sovereign over all of creation (cf. 1:9). Five, the nation of Israel was appointed by God to be a blessing (cf. Genesis 12:3) and His witnesses in the world (cf. Isaiah 42:6), but when they sinned and disobeyed God, Israel was (and currently is) disciplined, but never rejected. After the coming Tribulation Period, eventually centuries of dispersion and anti-Jewishness will stop and make way for blessing and fellowship with the LORD in the millennium (cf. Thrasher 2014:1361).

No, Jonah is neither an allegory nor a parable. Jonah and his father are real persons (1:1-3), there was a real boat that left for Tarshish (1:3), the pagan sailors are real (1:4-16) and so too are the people of Nineveh who repented (3:4-10) as well as a great fish that swallowed up and then vomited up Jonah (1:17; 2:10). Jesus not only acknowledges the historical events surrounding the life and death of Jonah as actual, real and true, but He uses this as a sign of what would transpire in His own life (Matthew 12:39-41). After recognising that Jonah was in the midst of Sheol (2:2), we concur with Fruchtenbaum (2005:11) who says that the ‘real miracle of Jonah was not that he was kept alive in the abdomen of the fish’, but rather that the ‘real miracle is the miracle of resurrection of the dead from the midst of Sheol’. Yes, the Book of Jonah is a historical narrative.

Perhaps one can write more about the parallels between Elijah and Jonah (ex: both prophets sat under a tree and wished to die, etc.) or the parallels between the pagan sailors (1:4-16) and the Ninevites (3:5-10). Perhaps one could focus on the many miracles that God performed and which is recorded in the book of Jonah. But maybe one should focus most on Jonah as a type of the ultimate antitype, Jesus Christ, who died, was buried and was resurrected on the third day. Salvation belongs to the LORD (Jonah 2:9) and God the Father has sent the Lord Jesus Christ not only for one peculiar little group’s salvation, but for all who would call upon the Name of the LORD.