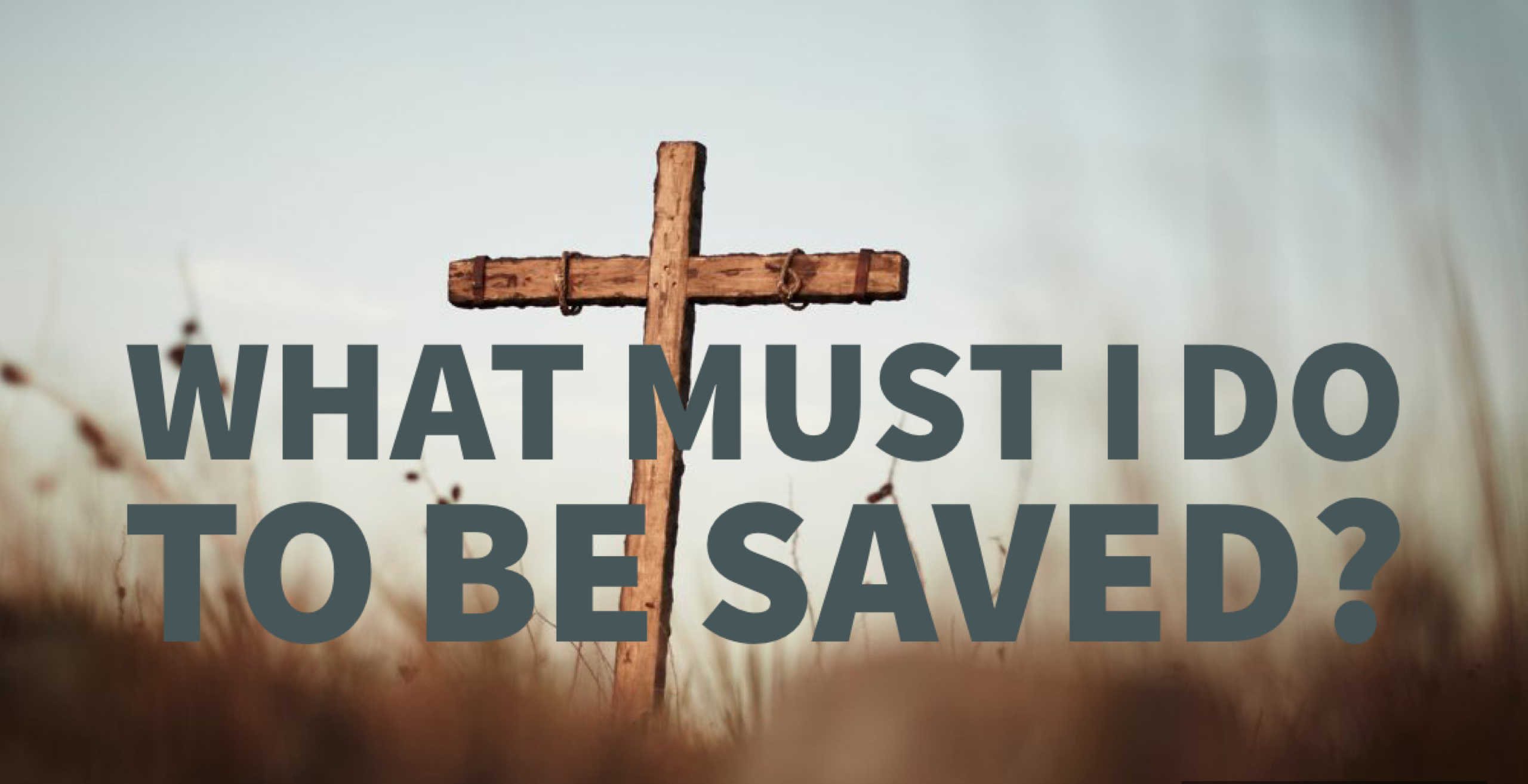 The Condition of Salvation

The Philippian jailor asked Paul and Silas, “Sirs, what must I do to be saved?” (Acts 16:30). In this article we answer this very important question positively as to what the condition for salvation is. It will also be answered negatively, dealing with various false additions to salvation.

How Does One Get Saved?

Salvation is by God’s grace through faith in Jesus Christ. Faith is the only condition for salvation. In more than two hundred cases where there is a condition given for salvation in the New Testament, faith or belief is stated to be the one and only condition. So-called ‘problems passages’ must be interpreted in the light of the more than 200 passages that are clear.

The three main words that the New Testament uses in connection with faith is pistis (used 243 times, meaning ‘faith’, ‘assurance’, ‘belief’), pisteuo (used 246 times, meaning mainly ‘to believe’, but sometimes refers to believers or the concepts of ‘committed’, ‘entrusted’) and the word peitho (used 55 times, with the root-meaning ‘to cause belief in’). Faith means to believe, to be persuaded of, to place confidence in and to trust in the sense of relying upon.

Believe On The Lord Jesus And You Will Be Saved

In the case of the question of the Philippian jailor, the Holy Spirit inspired this answer in Acts 16:31: “Believe on the Lord Jesus, and you will be saved”. Another clear passage is John 1:12 which states: “But as many as received him, to them He gave the right to become children of God, even to them that believe on His name”. The ones who become children of God are the ones who receive Christ. What does it mean to receive Christ? The second part of the verse in John 1:12 provides the answer: by believing that Jesus is really the Jewish Messiah. Do you just have to acknowledge Christ’s existence? No, more is needed than just acknowledging existence. The believer’s faith must be placed in Christ as his (or her) substitute and as his (or her) Saviour from the penalty of sin. This implies you know you are a sinner in need of a Saviour. One must personally trust Christ for one’s salvation. The object of our faith is God. The content of our faith is the death, burial and resurrection of Jesus Christ for one’s sins (cf. 1 Corinthians 15:1-4).

What False Additions Are Sometimes Added To Salvation?

Some groups claim that not only does one have to believe on the Messiah and trust Him for one’s salvation, but one must also repent — and usually by repentance is meant “feeling sorry for your sins”. The Biblical meaning of repentance is actually “to change one’s mind”. When repentance is used as a synonym for faith, yes then it is indeed a condition for salvation. For example, one has to change one’s mind (repent) about who Christ is in order to be saved (cf. Luke 24:47; Acts 17:30). Again, if repentance is meant as a synonym for belief and faith, yes then repentance (meaning: changing one’s mind) is necessary for salvation. But repentance becomes a false addition to salvation when it is taken to mean one has to feel a certain amount of sorrow (how much? how often?) for one’s sins in order to be saved. If one must feel sorry for one’s sins, then salvation is based on the human work of feeling sorry and not upon the facts and promises of Scripture.

Based on passages such as Matthew 10:32 and Romans 10:9-10, some teach that there must be a public, verbal confession of Christ for a person to be saved. But in both these two passages, confession is not a separate act from faith but simply part of the act of faith. In Romans 10:9-10, Paul is making use of inversion (a saying arranged in chiastic form) and uses confession here as a synonym for belief: in this verse confession equals calling upon the name of the Lord and exercising faith in Him. Again, confession is not a separate act of faith. If it were true that one must publically confess Christ for one’s salvation, then salvation would be based on our verbally confessed works. But our salvation is not based on works, it is by God’s grace through faith in Jesus Christ, plus nothing.

In the case of 1 John 1:9 (…if we confess our sins…), this passage calls for people who are already believers but who have sinned, to confess their sins. It is not a verse about salvation. Further, if one must confess all one’s sins before one can be saved, can you remember all the sins you have committed?

Must One Be Baptised In Order To Be Saved?

Mark 16:15-16 says one must believe and be baptised. But the negative is not stated; it does not say if one is not baptised one will not be saved. Having been saved one should arise and be baptised (cf. Acts 22:16), but baptism is not a condition for salvation, only faith in Christ is. If baptism were a condition of salvation, then salvation is based on the human work of baptism (which it is not).

Is salvation by God’s grace through faith alone or is salvation by God’s grace through faith plus the commitment of one’s life to the Lordship of Christ? Lordship salvation teaches that before one can be saved, one must surrender to the Lordship of Christ. Based on passages such as Romans 10:9 and sometimes also Romans 12:1-2, this view says that one must not only accept Jesus Christ as one’s Saviour, but also accept Him as Lord of one’s life; then only can one actually be saved. The issue concerns not only the condition of salvation — thus the doctrine of salvation — but also touches on faith, discipleship, spiritual growth, etc.

The expression “Lord” in the title “Lord Jesus” (cf. Romans 1:1-4; 10:9-10) emphasises Him as the God-man, both in His deity (Lord) — for only God can spiritually save — and in his humanity (Jesus), for the Redeemer must also be a human kinsman-redeemer, willing and able to offer himself as a sacrifice for the sins of the world. Accepting the Lord Jesus is therefore accepting Him as the God-man, because He must be both God and man to qualify as Saviour.

Would you say the apostle Peter was saved by the time one reaches Acts 10? When Peter was called to go to the house of a Gentile and to eat what he thought was un-kosher food, what did he say to the Lord? Peter said “Not so, Lord” (Acts 10:14; NKJV). At that precise moment in time, Peter was not yielded to the Lordship of Christ in all areas of his life otherwise he would not say those words. Was the apostle Peter saved? Of course he was. But if someone says Peter wasn’t saved because he was not fully committed to the Lordship of the Messiah, what was Peter then supposed to do? Presumably Peter was to be saved, and by Lordship salvation is meant this time he really, truly had to commit to the Lordship of Christ. To us it is clear that Lordship salvation ends up being a works-based gospel that takes you back not to Wittenberg and the Reformation, but to Rome.

The gospel of Christ teaches that salvation is by God’s grace through faith (plus nothing).

If you would like to read more about this important topic, we suggest you read the original article and source of this summary, The Condition of Salvation, written by Dr. Arnold Fruchtenbaum.