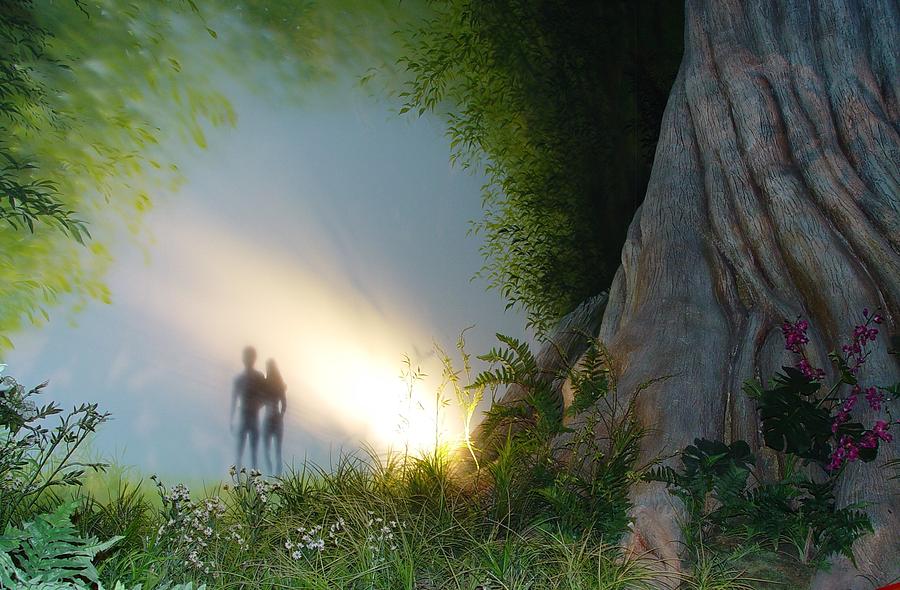 The Creation of Adam and Eve

What comes after Bibliology, Theology Proper, a study of God the Father, Christ, the Holy Spirit and Angelology? Anthropology is the doctrine of human beings, starting with God’s creation of Adam and Eve. This takes you back to the first chapters of Genesis.

In accordance with the Law of Recurrence, Genesis 2:4-25 is a block of Scripture that refers back to Genesis 1:1-2:3. In Genesis 2:4-25, more information is provided about Genesis 1:1-2:3. Adam was created on the 6th day (the Hebrew word for day is ‘yom’). When the Hebrew word ‘yom’ (day) is used, it can refer to a period of more than 24 hours. However, when yom is used with a numeral, like the sixth yom (day), then it must refer to a 24 hour period. Human beings were created on the 6th day.

Genesis 2:4 is the first of many ‘toldots’ in Genesis (see also 5:1; 10:1, etc.). After Creation, Genesis 2:4-4:26 starts to explain what happened to the heavens and earth that God created. This section includes not only Adam, Eve and their posterity, but also introduces the Garden in Eden (Genesis 2:5-25).

Genesis 2:7a states that God formed or shaped (Hebrew: yatzar) Adam from the dust of the ground (Hebrew: adamah). This is the material part of human beings that God created. In Hebrew there is a play on words between the name of the first human being, Adam, and the dust of the ground (adamah) that God used to form Adam. Our humble condition is that we are but dust (cf. Genesis 18:27; Job 4:19; 10:8-9).

The Breath of Life

God created human beings not only with a material part, but He also ‘breathed into his nostrils the breath of life; and man became a living soul [or spirit]’ (Genesis 2:7b; ASV). The Hebrew word for ‘breathed’ is ‘neshamah’ and it is this breath of God that produces life in man. If God were to take back His spirit, His ruach or His breath (‘neshamah’), then Job 34:14-15 (ASV) states that ‘all flesh shall perish together, and man shall return to dust’. The immaterial part of what God has created in human beings will continue to live forever.

Jumping ahead a bit: given the consequences of the Fall, unless Christ comes to snatch us first, our bodies shall all die (and it is dying), but our immaterial parts cannot die. The issue is: Where are you going to spend eternity: with God or in the lake of fire? If we die in Christ, we will be given a resurrection body that will be incorruptible, not like the bodies we currently have, dying as a result of the Fall.

A Garden in Eden

Adam was created west of Eden, but then God planted a garden eastward, in Eden, and put Adam in it (Genesis 2:8-9). To be precise, it was not the Garden ‘of’ Eden, but a watered garden ‘in’ Eden. This specific place ‘eastward’ would mean Mesopotamia (the land between the rivers).

A single river entered this garden, but then split into four (Genesis 2:10-14). The first of these four rivers is called Pishon (Genesis 2:11-12) and goes all the way into the land of Havilah (cf. Genesis 25:18), said to be Central Arabia. A second river is Gihon (Genesis 2:13), said to be located east of Mesopotamia, east of the Tigris river. The third river is Hiddekel, known today as the Tigris River (going into Northern Iraq) and the fourth is the Euphrates River (modern day Southern Iraq). Adam was thus placed in a garden in Eden, a specific spot on earth, where there water.

God placed (literally: ‘rested’) Adam in this garden in Eden. Adam was to dress the garden (work it, serve) and to keep it (exercise great care over it to the point of guarding it). Notice that Adam was to work in the garden. Before the Fall, labour was easy and the land produced easily. Adam could eat of every tree of the garden, except from the tree of knowledge of good and evil (Genesis 2:16-17a).

Free Will: The Power to Choose

When God created Adam and Eve, they were created holy but with the power of contrary choice. This means they had the ability to choose in a manner contrary to their created nature. If they chose holy in conformity with God’s will, they would have been confirmed in their holiness, thus unable to sin anymore. But if they chose to disobey God, they would die spiritually, meaning they would lose their fellowship with God, and eventually they would also die physically (Genesis 2:17b). Next time we focus on the Fall.

This article partially summarises an article by Dr. Arnold Fruchtenbaum on this topic. The account of how God created Eve is found in Genesis 2:18-25 and is discussed in detail by Fruchtenbaum (2005:12-16).