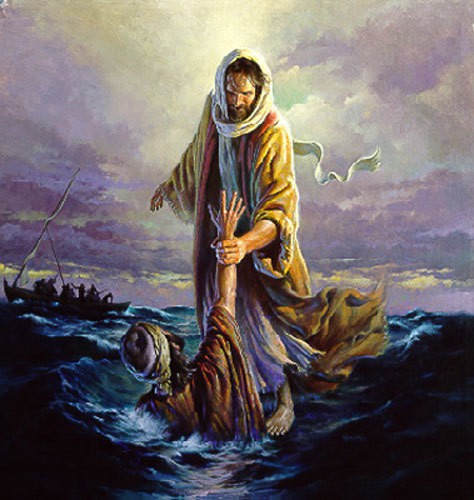 The Divine Nature of the Messiah

Is the Christ that you worship God, or was he just a good person, someone with only a human nature? Can you prove the Deity of Christ from the Scriptures? What happened when the Son of God took on human nature (the doctrine of “kenosis”)? The word “Messiah” is a transliteration of the Hebrew word “mechiach”; the word “Christ” is a transliteration of the Greek word “christos”.

The Bible teaches the Deity of the Messiah without a shadow of a doubt. This can be proven in many ways. Firstly, divine names are given or ascribed to Jesus Christ. For example, of Christ it is said that He is God (John 1:1; 20:28; see also Psalm 45:6 together with Hebrews 1:8). The Messiah is also called the Son of God (Matthew 16:16), a reference to the second Person of the Trinity. Christ is also called Lord in the sense that He is God (Matthew 22:43-45; Acts 9:17). Other divine names for Christ is that He is the Alpha and the Omega (Revelation 1:8), the First and the Last (Revelation 1:17), the image of the invisible God (Colossians 1:15) and He is the “effulgence of his glory, and the very image of his substance” (Hebrews 1:3), thus Christ is the exact impression of the divine nature.

As already mentioned, the Son of God exists from eternity (cf. Micah 5:2), but at a certain stage in history, when the Holy Spirit overshadowed Mary, Christ also took on human nature. From then onwards the second Person of the Trinity not only has the divine nature, but also the human nature. Thus from then onwards, the one Person of the Lord Jesus Christ has the divine nature (He is the Son of God) as well as the human nature (he is Jesus, a man).

What happened when the Son of God took on human nature? Philippians 2 from the end of verse 5 to verse 7 reads (NKJV): “Christ Jesus, who, being in the form of God, did not consider it robbery to be equal with God, but made Himself of no reputation, taking the form of a bondservant, and coming in the likeness of men.”

The Greek word “kenosis” means “to empty oneself” or “to evacuate”. What did Christ empty Himself of? The crux of the doctrine of kenosis is this: at his First Coming, the Son of God emptied Himself of the right to independently use His divine attributes; He would not use these divine attributes unless it was the will of God the Father to do so. See again how Satan tried to tempt Jesus (Matthew 3:16-4:11): since Christ is the Son of God, why not independently of the will of the Father use your divine attributes to make bread out of these stones, etc.?

The kenosis (emptying) means that at Christ’s first coming, He laid aside the independent exercise of His divine attributes by which the form of God expresses itself and, instead, He took on human form, human flesh and human nature by means of the incarnation and the virgin birth. In the exchange He did not divest Himself of, or gave up, His deity. In his human form, Christ still retained all the attributes of His deity, but He never manifested His deity at his First Coming apart from the will of the Father. Thus, in His earthly sojourn, He was still God. In his high priestly prayer on the night before his crucifixion, Christ asked God the Father that He (Christ) may again have the independent use of His divine attributes — a petition that was granted at Christ’s ascension (John 17:5; cf. Acts 1:9; Revelation 1:7-8).

———————–
This post is a partial summary of an article written by Dr Arnold Fruchtenbaum from Ariel Ministries.