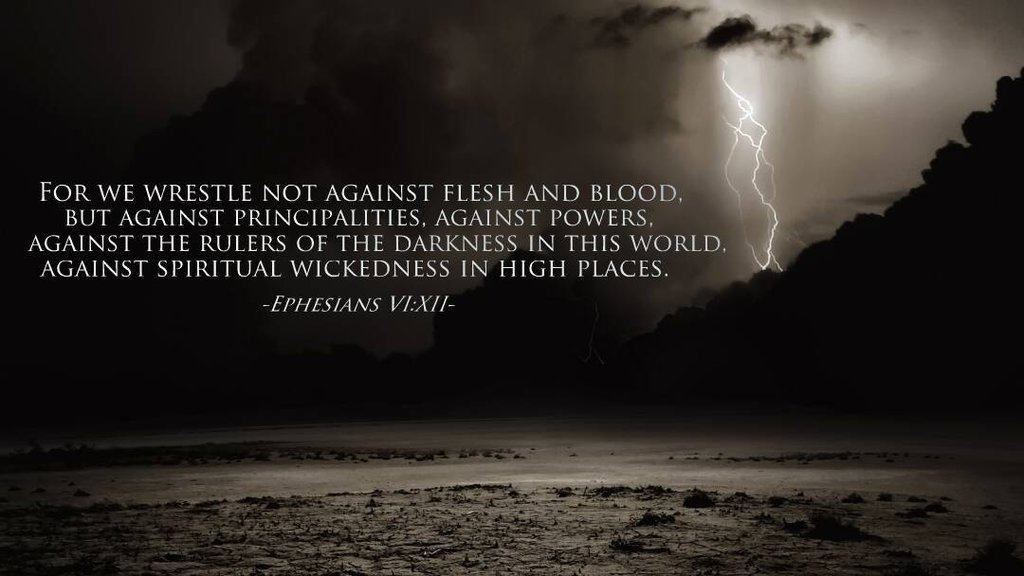 The Doctrine of Satan (Part 2)

What happened at Satan’s fall? What are the various abodes of Satan (past, present and future)? What designations does the Bible give to Satan and what is Satan’s nature? We partially summarise an article of Dr. Arnold Fruchtenbaum (of Ariel Ministries) called Satanology: The doctrine of Satan.

Satan was the first sinner (1 John 3:8) who fell because unrighteousness, violence and pride were found in him (Ezekiel 28:15; 1 Timothy 3:6). Explaining Satan’s fall, Ezekiel 28:16 states that by the ‘abundance of your traffic they filled the midst of you with violence, and you have sinned’. The Hebrew expression ‘by the abundance of your traffic’ means that Satan went from angel to angel to try and secure their allegiance by slandering God (Fruchtenbaum 2005:9). Satan thus led a revolt in Heaven and a third of all the celestial beings fell with him (cf. Revelation 12:10).

When Satan fell, he was cast out of the mountain of God, from the midst of the fiery stones (Ezekiel 28:16). As the arch-cherub, no more was Satan allowed to guard the throne of God as a canopy or to lead worship in Heaven anymore (cf. Ezekiel 28:14, 16). Satan was thrown out of Heaven. Today, Satan’s abode is the atmospheric heavens, where he is the ‘prince of the power of the air’ (Ephesians 2:2).

The Prince of this World

When Adam disobeyed God, Satan usurped Adam’s authority on the earth. Even though Christ has already defeated Satan at the cross, until Christ’s second coming to the earth, Satan remains the ‘prince of this world’ (John 12:31) and the ‘god of this age’ (2 Corinthians 4:4) over the sons and daughters of disobedience. While Satan’s current abode (the place where he lives) is the atmospheric heavens, because Satan usurped Adam’s authority, Satan has access to Heaven as well as to the earth. When Satan enters Heaven, he does so to accuse the brethren (Zechariah 3:1; Revelation 12:10). When Satan comes down to earth, he acts either as a roaring lion (1 Peter 5:8-9) for the purpose of destruction or as an angel of light for the purpose of deception (2 Corinthians 11:1-13).

Cast Out of the Atmospheric Heavens

Bound for A Thousand years

As mentioned previously, God created Satan holy, wise and beautiful. But because of Satan’s fall, his nature was corrupted. Satan made five ‘I will’ statements (cf. Isaiah 14:13-14):

1. ‘I will ascend into heaven’: Since he was the arch-cherub, the only higher position that Satan could have is to be on God’s throne, but that honour and right belongs to Christ (Ephesians 1:20-21).

2. Satan also declared ‘I will exalt my throne above the stars of God’. Satan wanted to depose Michael as the arch-angel.

3. ‘I will sit upon the mount of congregation, in the uttermost parts of the north’. Elsewhere these terms are used to describe the Messianic kingdom (cf. Psalms 48:2; Isaiah 2:2; 4:5-6), so Satan wanted to become the Messianic ruler of Israel.

4. A fourth ‘I will’-statement is “I will ascend above the heights of the clouds’. Satan wanted God’s Shekinah-glory.

5. ‘I will make myself like the Most High’. When God is referred to as the Most High, it emphasises God as the possessor of heavens and earth. So Satan wanted to be like God in authority, power and control over the heavens and the earth.

—————
In the concluding part 3 of this series, we will focus on Satan’s kingdom of darkness.