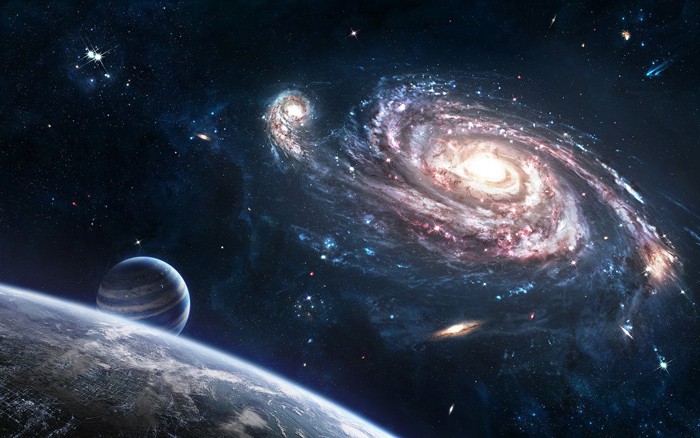 The Doctrine of Satan (Part 3)

What does the Bible teach about the kingdom of darkness? How does Satan control this kingdom? What is the believer’s defence against Satan and his kingdom? As part of the Come & See discipleship course, we make use of an article of Dr. Arnold Fruchtenbaum (of Ariel Ministries) called Satanology: The doctrine of Satan, which is available at www.arielm.org/dcs/pdf/mbs077m.pdf.

The word that emphasises Satan’s relationship to his kingdom is cosmos, meaning a world-system under Satan’s control. The Apostle John especially referred to Satan’s kingdom using the word ‘cosmos’, or ‘world’. How should Satan’s cosmos or world-system be defined? According to Fruchtenbaum (2005:23), Satan’s kingdom or world-system is ‘a vast order or system that Satan has promoted, which conforms to his ideals, aims, and methods, and includes government, conflict, armaments, jealousies, education, culture, religions of morality and pride’. In short, it is an orderly system that is headed up by Satan, but leaving God out.

The areas of temptation in this cosmos under Satan is through the lust of the flesh, the lust of the eyes and the pride of life (1 John 2:16). The desires of the kingdom of darkness is wealth (Mark 4:19), security outside of God (1 Corinthians 7:29-31) and material goods, not spiritual things (James 2:5). In fact, as far as spiritual things are concerned, this world-system of Satan is impotent, for it does not know the Father (John 17:25), it is without God (Ephesians 2:12) and it does not hear God (1 John 4:19).

The Son of God and His Mission

When God created the heavens and the earth, this cosmos was good, harmonious and made in a certain God-ordained order. God loves this universe (or world) and to save human beings, God sent his only begotten Son into the cosmos (John 3:16). The Son of God was sent into the cosmos, but His mission was (obviously) not of the world-system under Satan. Jesus came to save sinners out of Satan’s world-system, or kingdom (John 12:46; Colossians 1:13). The Holy Spirit convicts this world (cosmos) and the Messianic kingdom will not be of this world-system of Satan (John 18:36).

Do Not Love the World

What about believers? We are not of this world either; in other words, we are not under Satan’s kingdom anymore but we have been transferred to the kingdom of the beloved Son of the Father (cf. Colossians 1:13). Paul urges believers to present our bodies as living sacrifices, holy and acceptable to God (Romans 12:1). Moreover, we are not to conform to the ideals and thinking processes of Satan’s world-system anymore, but we are to be transformed by the renewing of our minds, so that we may prove what is that good, acceptable and perfect will of God (Romans 12:2). It is obvious that believers must not love Satan’s world-system or kingdom – because if anyone loves this world, this kingdom of darkness, the love of the Father is not in him or her (1 John 2:15).

How to Resist Evil and the Evil One

What is the believer’s defence against Satan and his kingdom? It is the armour of God, which is the Scriptures (Ephesians 6:10-18; 1 John 2:14). We should abide in the Scriptures, know it, mediate on the Word of God and obey it. When Jesus was tempted, He used the Scriptures. Believers are told three times to resist Satan (Ephesians 6:10-18; James 4:7; 1 Peter 5:9) and again it is by means of the Scriptures, by applying the right Scripture in any specific temptation (as a reminder, the three categories of temptations are the lust of flesh, eyes and the pride of life). Believers are to stay alert (1 Peter 5:8). Know that the Lord Jesus Christ intercedes for us against the evil one (John 17:15; Romans 8:34; Hebrews 7:25).

Believers should also keep the following in mind: do not speak contemptuously of Satan, for not even the archangel Michael issued a railing accusation against Satan (Jude 8-9). Commit the issue to the Lord. Also, keep in mind that Satan is sometimes used by God, as seen in the life of Job (Job 1-2) and of the apostle Paul (2 Corinthians 12:7-16). Satan is a created being, not omnipotent like God and therefore Satan is sovereignly restricted. God will never allow Satan to go too far (Job 1:12; 2:6).

We end the way the Apostle Paul ended the letter to the Ephesians (6:10-11): ‘Finally, my brethren, be strong in the Lord and in the power of His might. Put on the whole armour of God that you may be able to stand against the wiles of the devil’.

—————–
This ends a three-part series about what the Bible teaches about Satan. We summarised to a large extent an article of Dr. Arnold Fruchtenbaum (of Ariel Ministries) called Satanology: The doctrine of Satan, available at www.arielm.org/dcs/pdf/mbs077m.pdf. We did not cover pages 25-34 of this article, which deals with the various works of Satan that the Bible describes.