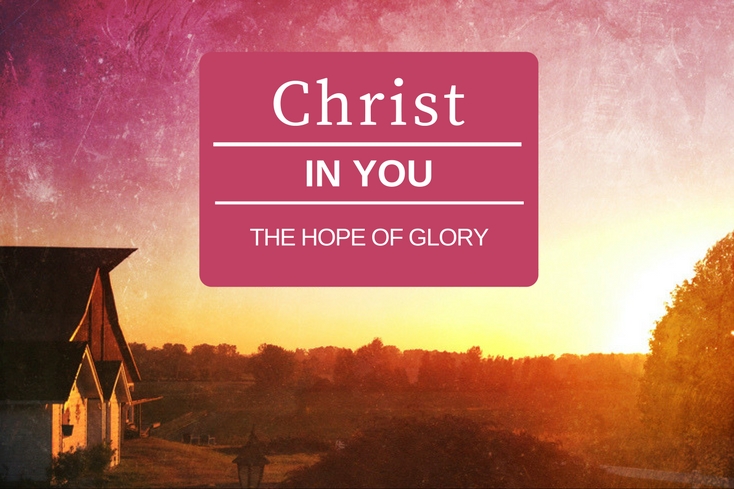 The Epistle to the Colossians

Colossians is another of the four ‘prison epistles’ (cf. 1:24; 4:3, 10, 18) that Paul wrote (1:1, 23; 4:18) in about AD 60-61 during his first imprisonment in Rome (cf. Acts 28:30). The name “Colosse” is ‘possibly derived from Colossus, a large statue, which in turn may have been named for the unusual shape of stony deposits there’ (Geisler 1983:668). Even though Paul had not been to Colossians — ‘for all who have not seen me face to face’ (2:1; cf. 1:4; 4:12-13) — a Colossian named Epafras must have been sent by the apostle to take the gospel to Colosse, Laodicea and Hierapolis (1:7-8; 4:12-13). These three cities — Colosse, Hierapolis and Laodicea — are situated near each other in the beautiful Lycus Valley, about 100 to 110 miles east of Ephesus in Asia Minor (in modern-day Turkey). The economic prosperity that the cities of the Lycus Valley enjoyed ‘was based on their principal industry — the manufacture and preparation of woollen fabrics, which were carried by river to the Aegean coast and exported to various parts of the ancient world’ (Bruce 1984:3-4). Paul refers to many believers in the Lycus Valley and requested the exchange of the letters that Tychicus and Onesimus delivered (4:7-9, 12-17).

Comparing themes of Ephesians with that of Colossians

There are many resemblances between Colossians and Ephesians (Tenney 1985:321). The main distinction is that in ‘Ephesians the emphasis is on the church as the body of Christ, and in Colossians the emphasis is on Christ as the Head of the body’ (Bailey & Constable 1999:424). Ephesians teaches that the God and Father of our Lord Jesus Christ ‘has blessed us in Christ with every spiritual blessing in the heavenly places’ (1:3). Colossians reveals that ‘in Him all the fullness of Deity dwells in bodily form, and in Him you have been made complete’ (2:9-10a). Moreover, it is through the Head that the ‘glory of this mystery, which is Christ in you, the hope of glory’ is revealed in and to the body (1:27). The false teachers at Colosse, however, denied the supremacy and sole sufficiency of Jesus Christ, claiming that various other mediating ideas, practices or confidences are needed. Paul therefore emphasises that ‘all philosophies, spiritual powers, ceremonial observances, and restrictions were secondary to the pre-eminence of Christ’ (Tenney 1985:323).

In agreement with Geisler (1983:668), the ‘circumstance which prompted the writing of Colossians seemed to be the special heresy that arose there. This false teaching seemed to be the beginning of what later (in the second century) developed into Gnosticism. It contained several characteristics. (1) It was Jewish, stressing the need for observing Old Testament laws and ceremonies. (2) It was philosophical, laying emphasis on some special or deeper knowledge (gnōsis). (3) It involved the worship of angels as mediators to God (2:18). (4) It was exclusivistic, stressing the special privilege and “perfection” of those select few who belonged to this philosophical elite. (5) It was also Christological. But this seminal Gnosticism denied the deity of Christ, thus calling forth one of the greatest declarations of Christ’s deity found anywhere in Scripture (1:15-16; 2:9).’

Colossians is relevant to combat today’s syncretism. Some hold Jesus in high esteem but deny his Deity, but Colossians refutes this heresy, for not only does Christ have all the divine attributes, but He is, in essence, God (1:15; 2:9; cf. Fruchtenbaum 2005:6, 8). Others say you must approach God through forefather spirits, angels or various mystical experiences, but Colossians refutes all these false mediations (2:16-18), for not only is Christ the Creator of all that has been made in heaven and on earth, visible and invisible, but He is the Head of the body (1:16-18). Yet others place confidence in their own sincere, ascetic or legalistic way to ‘get to heaven’, relegating Jesus to just another religious teacher — but Colossians destroys all these empty and deceitful philosophies and false confidences, for in Christ all the fullness of Deity dwells in bodily form and in Him are hidden all the treasures of wisdom and knowledge (2:3, 9; cf. Geisler 1999:3-19). The doctrine of Christ shapes Christian living: ‘The primary Christological passages (1:14-23; 2:9-15) present Christ as absolutely preeminent and perfectly adequate for the Christian’ (Constable 2017:3).

For the epistle to the Colossians the following extended outline of Bailey and Constable (1999:424-425) may be proposed:

← Read The Epistle to the Philippians read 1 & 2 Thessalonians →