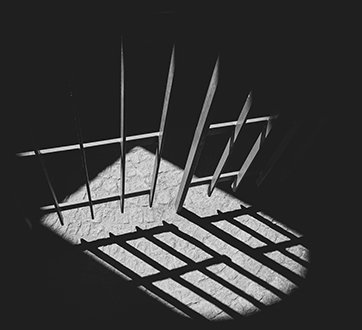 The Epistle to the Philippians

Themes of Partnership in the Gospel and of Joy

From the outset of his ministry in Europe, the Philippians entered into partnership with Paul in giving and receiving (4:15). Twice when he was at Thessalonica and once when he was at Corinth, the saints at Philippi ministered to Paul’s needs (Lightner 1983:647). Now about a decade later, the Philippians sent Epaphroditus to again minister to Paul’s needs (2:25; 4:10-14, 18). Through this epistle Paul in turn ministered once more to the saints, with both Epaphroditus and Timothy returning to be with them (2:19-24, 28). ‘From the first day until now’, Paul and the Philippians had a joyful ‘partnership in the gospel’ (1:5b).

The ‘great theological contribution of Philippians is its revelation of the mind of Christ’ (Bailey & Constable 1999:412). When Christ, who is of the very essence or form of God, took on human form, He placed the independent use of His divine rights and attributes under the will of God the Father (2:6-8; cf. Fruchtenbaum 2005:4, 10). Being found in human form, Christ humbled himself further by becoming obedient to the point of death, even death on a cross (2:8). When Christ, who now has both the divine and human natures, ascended into heaven, He started to again use His divine rights and attributes independently as He wills. There is no greater demonstration of selfless humility and sacrifice than that of Jesus Christ.

Despite being a short epistle, references to the Lord Jesus Christ appears often. ‘In a total of 104 verses, there are 51 references to the Lord Jesus by name’ (Constable 2017:3). The whole of Paul’s life was centred on Christ: ‘For to me to live is Christ, and to die is gain’ (1:21). References to partnership or fellowship appear six times in this epistle (1:5, 7; 2:1; 3:10; 4:14, 16). This joyful participation in the gospel comes from fellowship with Christ.

The structure of this epistle emphasises its central theme, ‘the Philippians’ partnership in the gospel’ (Swift 1984:237). The salutation (1:1-2) can be pared with the closing benediction section (4:21-23). The main body of the letter (1:27-4:9) emphasises a unity and steadfastness based on the ‘humble, self-emptying, self-sacrificing mind [of Christ] after which the Philippians are to pattern their relationships’ (Swift 1984:245). Joining the structure is both the lengthy prologue (1:3-26) and the corresponding epilogue (4:10-20). From beginning to end the structure of this epistle is ‘essentially chiastic’ (Constable 2017:3; cf. Black 1995), calling all Christians to walk worthy of the gospel ‘if they expect to further the work of the gospel’ (Swift 1984:250).

The Lord added to the Church when He saved the Macedonian jailer and his household (Acts 16:31-33). This happened in about AD 50 on the night that Paul and Silas were praying and singing hymns to God in a European jail (cf. Acts 16:19-34). About a decade later, Paul again finds himself in a prison, rejoicing in Christ as he writes the epistle to the Philippians. All this is based on Christ’s work at the cross, where He provided redemption to all imprisoned by sin and death. The unstoppable and exalted Christ is building his Church and all those whose citizenship is in heaven awaits the return of our Saviour, the Lord Jesus Christ (cf. 3:20).

← Read Ephesians read The Epistle to the Colossians →