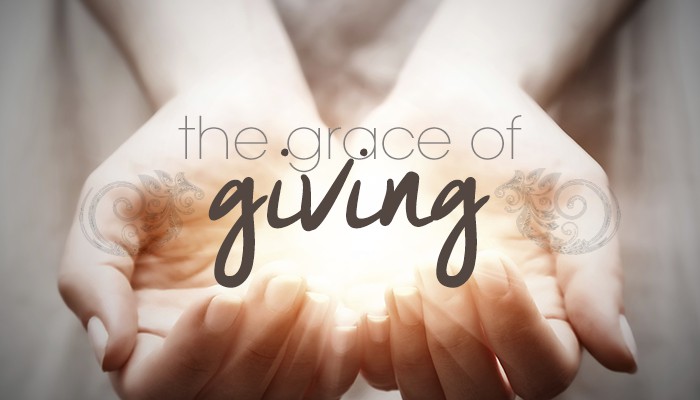 The Grace of Giving

Having discussed stewardship and guiding principles for giving as given to us in the Bible, we turn our attention to the matter of “How Much Should We Give?”. What is the amount that each believer should be giving?

The Old System of Tithing Under the Law of Moses

The clear-cut teaching of the New Testament is that the Law of Moses has been rendered inoperative with the death of Christ. This is evident from Romans 10:4: “For Christ is the end of the law unto righteousness to everyone who believes”. Galatians 3:19 says that the Law of Moses was an addition to the Abrahamic Covenant, added for the purpose of making sin very clear so that all will know they have fallen short of God’s standard for righteousness: “What then is the law? It was added because of transgressions, till the seed should come to whom the promise has been made”. The Law of Moses was temporarily added until the Seed, that is the Messiah, would come; now that He has come, the Law has been rendered inoperative at the cross of Christ, because through his death Jesus fulfilled the Law of Moses. It must also be mentioned that Gentiles were never under the Mosaic Covenant (Law of Moses), only Israel was. The Mosaic Covenant (Law of Moses) was therefore in effect from Mount Sinai until the cross of Christ.

How Much Was Jews Supposed to Give in Accordance with the Law of Moses?

The Mosaic covenant contained the following kinds of tithes and offerings:

What About Us Today?

Believers today are simply not under the tithing ‘system’ of the Law of Moses. Do we bring money to Jewish men of the Tribe of Levi who then give it to other Jewish priests of the Tribe of Levi who then offer various sacrifices on an altar on the temple mount in Jerusalem? No. What about the store-house mentioned in Malachi 3:8-10? Again, when Malachi wrote this, the Law of Moses was still in effect and the store-house was the temple in Jerusalem. Must we today bring ‘tithes’ (all 22,33% of it) to the temple in Jerusalem — a time when Christ has already shed his blood at the cross, rendering the Law of Moses inoperative? No. What about Abraham, did he not give a tithe (Genesis 14:17-20)? Yes, he did, but he gave by his own volition for he was not under any obligation to do so. Moreover, he gave from the spoils of war, only once, and not from his own possessions. This one-off incident cannot be used to argue for mandatory ‘tithing’ (which was never 10% anyway).

Believers today are not under law but under grace, so we are to be led by the Holy Spirit —and this leading includes our giving (Romans 6:14; Galatians 5:18). Acts 4:32-35 provides a good example of believers under grace giving as they were led to give: no specific, mandatory laws were handed down; no specific percentages. The principle is that the believer is not under the Law of Moses but under grace, so we practice grace-giving or Spirit-controlled giving.

What is the procedure believers should follow today for Spirit-controlled grace giving? 1 Corinthians 16:1-2 helps us. First, giving is to be done systematically, not haphazardly, for we are to set aside money for giving on a regular basis (cf. 1 Cor 16:1). Second, we are to do so individually (“let each of you…”) according to this passage. Each one is to give. Third, we are to “lay by him in store” and this happens privately. The picture is that the money one decides to give to the Lord is to be stored away in a specific, private place. Having been stored away, it can then be distributed by the individual believer as the Holy Spirit leads. Fourth, giving is to be done proportionately as the Lord prospers you. Again, Spirit-controlled giving is not based on tithing. Sometimes when one’s needs are met you can give hundred percent. The amount or proportion which a believer gives will differ at different times.

In summary, Israel under the Law of Moses had to pay tithes. Failure to do so brought wrath and judgement. But today believers under grace of the Law of Christ give as they are led by the Holy Spirit. If believers today do not give, they will forfeit rewards they otherwise would have received.