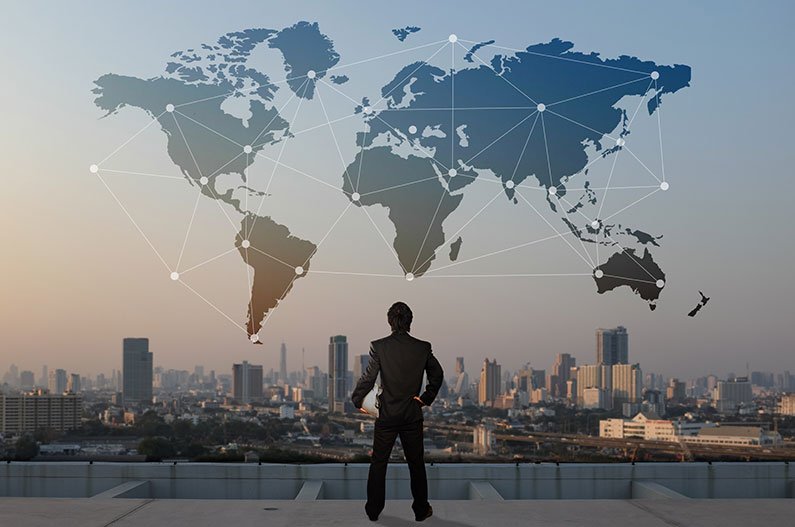 Since about June 2020, various unelected entities have been marketing a ‘Great Reset’ of the whole world. Spearheading this initiative is the World Economic Forum (‘WEF’), aided and abetted by the IMF, Prince Charles, politicians such as Justin Trudeau, John Kerry, etc. — and not a few super-wealthy people. In July 2020, the WEF published a book about the ‘Great Reset’, and its website is devoted to this topic. In November 2020, Time magazine pictured ‘The Great Reset’ on its cover. But does any of this possibly have Biblical and prophetic significance?

Aims of the Great Reset

According to the website of the WEF (emphasis added), the ‘Great Reset initiative has a set of dimensions to build a new social contract that honours the dignity of every human being.’ The WEF says the Great Reset seeks to address an urgent need for global stakeholders to cooperate in simultaneously managing the direct consequences of the COVID-19 crisis, with an expanded goal of improving the state of the world. But not only is the world to be changed, but humanity too, for the idea is to merge digital, physical, and biological life in some transhumanist way. Given the many buzzwords used in the marketing material, it is not easy to distil the proposed agenda of the Great Reset. Still, the following may be a harbinger of what the plan is:

Economy: The idea is to move away from free-market capitalism to a form of global Marxist-socialism. Away with shareholders, and in with ‘stakeholders’. The slogan is to ‘build back better’. Large corporations will become trustees of society’s economic resources – all in accordance with the ‘new social compact’. Reports such as ‘ESG’ (covering environmental, social and governance issues) and ‘Impact Investing’ will become more important, augmented by other metrics to measure progress.

Politics: There is no doubt that the Great Reset wants a one-world government. According to Schwab and Malleret (2020:105), ‘If no one power can enforce order, our world will suffer from a “global order deficit”. Unless individual nations and international organizations succeed in finding solutions to better collaborate at the global level, we risk entering an “age of entropy” …’ This quote clearly assumes a one-world government and takes for granted that nation-states will not serve national interests anymore, but rather the global order. Borders will increasingly be blurred. Globalisation is not dead.

Technology: The role of technology for the new world order (i.e., the ‘Great Reset’) cannot be over-emphasised. Increased surveillance on a global scale is proposed, which implies the further digitalisation of much of human life. Apparently, the dream is for a controlling, technocratic system where almost everything is electronically monitored, resulting in no individual privacy and limited freedom. All this is sold as the “Fourth Industrial Revolution”, where robots, artificial intelligence (AI) and transhumanist ideas merge.

Religion: Thus far, little has been said about religion. It is clear, however, that Schwab and Malleret (2020:3) calls for ‘Mother Earth’ (their caps) to be respected, if not also revered. Much is said about climate change (it does change, does it not), decarbonisation, green deals, and what not. It would not be surprising to eventually see earth-dwellers sacrificing to the earth, something quite contrary to what Adam and Eve were originally tasked by God to do, namely, to rule over the earth.

The half has not been told about the Great Reset. Pontifications and evermore buzzwords can be multiplied ad infinitum. But notice that it really is not about ‘Covid’. This virus is indeed lethal, and many people that are infected pass away. Based on the current numbers, however, Covid-19 is not yet a ‘pandemic’. It is simply being used to usher in the Great Reset agenda. (And many elected politicians, who are selling out their countries to an unelected elite, are just loving it.)

In Daniel 2 and 7, God reveals how the fourth kingdom (or ‘beast’) will come to power and develop, ultimately resulting in the Antichrist ruling over the earth for 3,5 years. This fourth kingdom may be more correctly described as ‘imperialism’ (Fruchtenbaum 2004:33). What distinguishes imperialism is that non-locals enforce the empire’s rule over a particular area. According to Fruchtenbaum (2004:21-44), the fourth kingdom that Daniel 2 and 7 describe will have five phases, namely (1) The United stage (the Roman Empire); (2) The Two-Division stage (East and West balance of power); (3) the One-World Government stage (toes of iron and miry clay); (4) the Ten Kings stage; and (5) the Antichrist stage (absolute imperialism).

The Roman Empire was merely the first stage of this imperialism, and it did not cover the whole earth. When Rome divided into an East-West balance of force, this phase likewise did not rule over the whole earth (far from it). Parts of Europe and the Middle East experienced the first two stages of this fourth, beastly kingdom, but what about the remaining stages?

Daniel 7:23-25 describes the last three phases of this fourth kingdom, and in these stages, the whole earth will indeed be under the power of some global rule. Daniel 7:23 (ESV) states: ‘As for the fourth beast, there shall be a fourth kingdom on earth, which shall be different from all the kingdoms, and it shall devour the whole earth, and trample it down, and break it to pieces’ (emphasis added). This is not speaking of a revived Roman Empire or a modern-day East-West balance of power, but rather speaks of a rule that covers the whole earth. This has not yet happened in the history of the world. It is still future. Moreover, for this prophecy to be fulfilled, it must literally be fulfilled exactly as stated. It does not speak about global ‘systems’ (of which there are many already), but of a kingdom that devours the whole earth, implying a one-world government.

Daniel 7:24 continues to say that, ‘As for the ten horns, out of this kingdom [one-world government stage] ten kings shall arise, and another shall arise after them; he [Antichrist] shall be different from the former ones, and shall put down three kings.’ Daniel 7:25 continues to reveal more about the Antichrist stage of the fourth kingdom: ‘He shall speak words against the Most High, and shall wear out the saints of the Most High,
and shall think to change the times and the law; and they shall be given into his hand for a time, times, and half a time [3,5 years]’.

The last three phases of the fourth kingdom may follow each other in quick succession, or perhaps these phases will develop slowly. But God knows what is going to happen and how this will play out. God will allow this to transpire. God is control of the universe, not only during the previous thousands of years of human history, but He is also not surprised by any of what will follow in 2021 and beyond.

As alluded to above, the Great Reset agenda is nothing but a propaganda campaign to usher in a one-world government. Of course, Satan has been desiring to rule over the earth through the son of perdition for quite some time. He has been conspiring for centuries to bring the mystery of lawlessness to fruition.

God has also revealed in the Bible that a 7-year Tribulation Period will transpire on the earth before the Lord Jesus Christ will return to the earth. The ten-kings-phase, coupled with a global religious authority, will have sway over the earth during the first 3,5 years of this 7-year Tribulation Period (cf. Rev 17). During the last 3,5 years, the Antichrist will rule over the earth, controlled by Satan, and cheered on by the false prophet (cf. Rev 13). God has revealed numerous prophecies about this coming time of distress that will fall on the earth. What can be said with absolute certainty is that many developments are already setting the stage for this Tribulation Period (cf. Scholtz 2019:182-217; 2020:226-236).

The year 2020 has been a blurry, tough year. God will be in control of 2021 just as He has always been throughout history. Maybe we live in a time when Daniel 7:23-25 will be fulfilled, maybe not. But whether God allows the ‘Great Reset’ to be implemented soon makes no difference to our vision. For we fix our eyes on Jesus, the author and perfecter of faith (cf. Heb 12:2).

← Read Mysteries of the kingdom — or a ‘mystery kingdom’? Read Civil Disobedience →