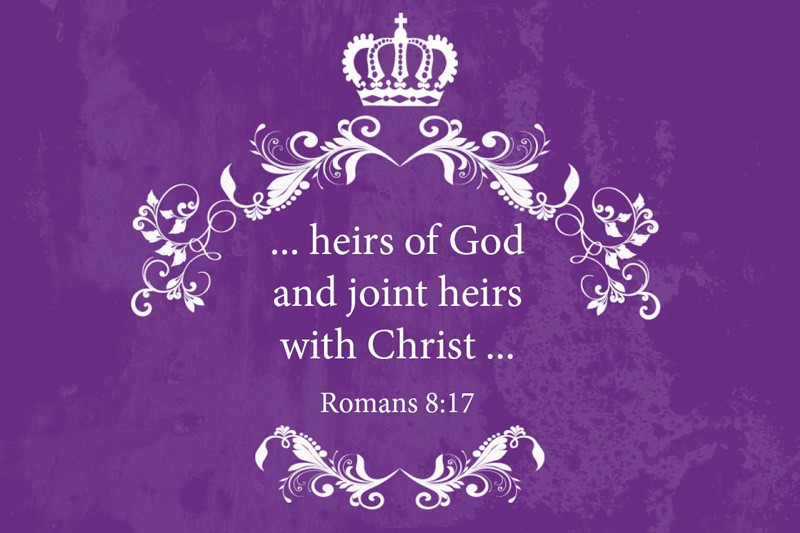 The Heir and the Joint-heirs

Two texts depict Christ and his universal Church as the Heir and the joint-heirs (cf. Fruchtenbaum 2005:25). The first text is Hebrews 1:1b-2: “…God spoke to our fathers by the prophets, but in these last days he has spoken to us by his Son, whom he appointed heir of all things…” Christ is the Son and Heir of all things; He inherits all things from God the Father.

The second text is Romans 8:16-17: “The Spirit himself bears with our spirit that we are children of God, and if children, then heirs—heirs of God and fellow-heirs with Christ, provided we suffer with him in order that we may also be glorified with him.” Think on this: we come as the poorest and vilest of sinners to the cross of Christ, there we find forgiveness in Him and then, because of our relationship with Jesus Christ, the Son of God, we become Christ’s fellow-heirs. Is God not wonderful! Since believers have become adopted children of God, we have become joint-heirs with the Heir, the Lord Jesus Christ (Fruchtenbaum 2005:25). (Saints who died prior to Pentecost are also joint-heirs, but our focus in this series is on Christ and his universal Church.)

Three Applications of this Illustration

Our next article in this series about the symbolic illustrations of the universal Church will focus on the Vine and the branches.