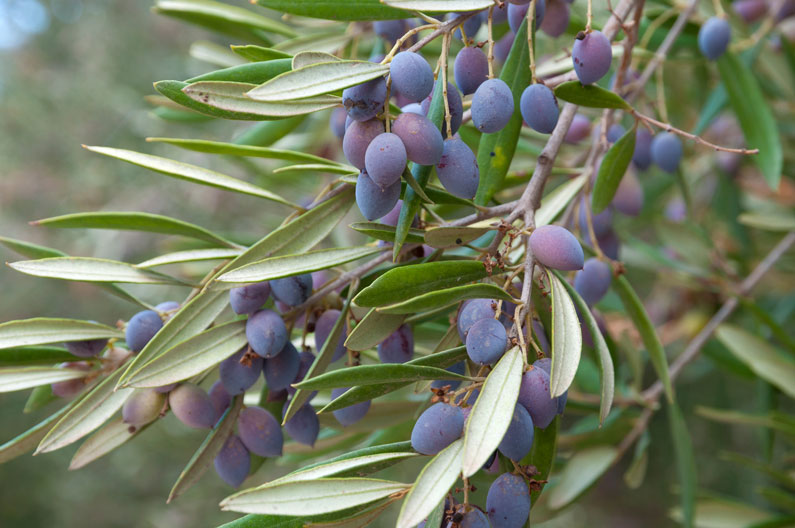 The Illustration of the Olive Tree

In Romans 9–11, Paul refers 11 times to ‘Israel’, twice to ‘Israelite’ and twice to ‘Jew’ or ‘Jews’ (Vlach 2019:26). A Jew is a biological descendant of Abraham, Isaac and Jacob/Israel (Ger 2004:224–226). Israel is the nation consisting of ethnic Jews, that is, Israelites. Romans 9-11 does not redefine or give new meaning to ‘Israel’, because Paul speaks of ethnic Jews, Israelites, his kinsmen according to the flesh. The concept of a Jew or who is part of Israel is not extended to include believing non-Jews, for Romans 9–11 maintains the distinction between Jews and non-Jews (cf. Vlach 2019: 31).

Romans 9:1–5 explains that Israelites still have great privileges. Even though most Jews today are unbelievers, there is no indication that physical and national promises are suddenly spiritualized, redefined, or changed to something else (Vlach 2019:28). Israel’s rejection of the Messiahship of Jesus at His first coming does not mean that God’s word has failed (Rom 9:6-13). The counsel of God is not suddenly thwarted by Israel’s rejection of the Messiah during the first coming (Fruchtenbaum 1989:729). God elected Israel but this does not mean that every Jew is automatically a believer. Israel includes all the physical descendants of Abraham, Isaac and Jacob, but within the people of Israel there is the Israel of God, the believing remnant, the true Israel. Romans 9:6 distinguishes between Jews who believe and Jews who do not believe. It is a group of unbelieving Jews who rejected Jesus’ Messiahship at His first coming.

Is God unfair because He elected only those Jews who believe and not the whole of Israel (cf. Rom 9:14)? Perish the thought! God will show mercy to whom He wills (Rom 9:15-16). It is God who calls, not only Jews, but also Gentiles (Rom 9:23). God is not unfair to Israel. The problem is unbelieving Jews’ rejection of the righteousness of God in Christ (Rom 9:30-10:21). Israel tried to establish their own righteousness with their own works and did not submit to the righteousness of God, that is, Christ (Rom 10:3–4). Israel stumbled over the stone, over the rock of offense, but the problem does not lie with God.

But there is hope, for Israel has a glorious future. “Has God cast away his people [Israel]?” Certainly not! ‘God has not cast away His people whom He foreknew’ (Rom 11:2a). The proof that Israel is not cast off is because God has always had, according to election of grace, a remnant of believers in Israel, in the past and also in the present (Rom 11:1-10). Paul is “Exhibit A” of this remnant in the present (Rom 11:1). In the past, for example, God preserved seven thousand men were did not bow down to Baal in the time of Elijah (Rom 11:4). Moreover, the remnant in the present is proof that Israel has a future (Rom 11:1–6, 25–31; Coetzee 1965:172). If Israel has a future, are they temporarily rejected today? Paul asks, ‘Have they [Israel] stumbled that they should fall?” (Rom 11:11). Again, the strongly-worded negative answer follows, “Certainly not!”. Salvation has come to the Gentiles to provoke Israel to jealousy (Rom 11:11). Israel has stumbled upon Christ and is being disciplined by God, but Israel has not fallen permanently (Rom 9:32-33; 11:11; cf. Vlach 2019:40). Discipline of Israel through temporary and partial hardening does not imply rejection (Sibley 2015:575–576). Paul strongly rejects the idea that God has rejected Israel; God has not even temporarily rejected them (Sibley 2015:577–579).

The Abrahamic covenant specifically provides that non-Jews can also receive spiritual blessing (Gen 12:3; 22:18; cf. Gal 3:8). The branches of an olive tree which are naturally wild but are grafted contrary to nature into the cultivated olive tree, refer to believing non-Jews (Rom 11:17, 24). Later, Paul declares that believing non-Jews partake of Jews’ spiritual things (Rom 15:27). The idea is not, however, that non-Jewish believers boast against the natural branches (Rom 11:18-20). Non-Jewish Christians should not miss or ignore this warning.

The first-fruits and the dough (Rom 11:16) use the illustration of first-fruits of the land sacrificed to God in the belief that God will bless the whole harvest. Here, in the olive tree illustration, the first-fruits and the dough may either refer to the patriarchs and ‘all Israel’ who will be saved, or it may refer to the believing remnant in Israel that points to the future salvation of ‘all Israel’ (Rom 11:1–6, 16, 25–28; Vlach 2019:44).

The mystery that is revealed has three components: (1) Israel is partially hardened; (2) this partial hardening will continue until the fullness of the Gentiles has come in; (3) and so, all Israel will be saved (Rom 11:25–27). The ‘fullness of the Gentiles’ refers to everything that God has in mind for non-Jewish believers in the present dispensation. This includes the salvation of many non-Jews (Acts 15:14) as well as making Jews jealous of the Messiah (Rom 11:11). The ‘fullness of the Gentiles’ is likely to be reached at the time of the rapture of the Church. Then, in the future, Israel will as a nation put their faith and trust in the Messiah. The natural branches will again be grafted into Israel’s own olive tree, all Israel will be saved and then restored to their land (cf. Rom 11:24–27). The Person who makes possible the fulfillment of all God’s unconditional promises is the Lord Jesus Christ.

The ‘all Israel’ that will be saved in the future does not refer to all Jews of all time. It refers to Jews who live during a specific time period and who are saved because they believe in the Messiah. Again, no one is ever saved because of their ethnic background. This salvation of all Israel will take place at the end of the Tribulation Period. During the Tribulation Period, two-thirds of all Jews will perish (Zech 13:8–9), but the remaining one-third Jews still living at the end of the Tribulation Period will be believers or become believers (Rom 11:26–27; Fruchtenbaum 1989:789). This salvation of all Israel was prophesied in the Old Testament (Ps 14: 7; Isa 27:9; 59:20-21; Micah 2:12-13; and Zech 13: 9 – to name but a few texts).

Concerning the gospel, who are ‘they’ who are simultaneously enemies for your sake but also beloved for the sake of the fathers (cf. Rom 11:28)? It is neither the Church nor the remnant of Israel (Jewish believers), for these are not enemies of the gospel. The ‘they’ refer to ‘all Israel’ who are currently in unbelief, but who will one day all be saved (Waymeyer 2005:57, 71).

Why will God save ‘all Israel’ in the future? For the gifts and calling of God are irrevocable (Rom 11:29). The unconditional covenant promises and prophecies that God has made to Israel, and which remain unfulfilled, will be fulfilled to Israel. Gentiles are now receiving mercy from God, but God will again be merciful to Israel (Rom 11: 30–32). God will never reject his chosen people Israel.

To God be all the glory, for if Israel’s fall is riches for the world and their failure riches for the Gentiles, how much more their fullness (cf. Rom 11:12, 33–36)!