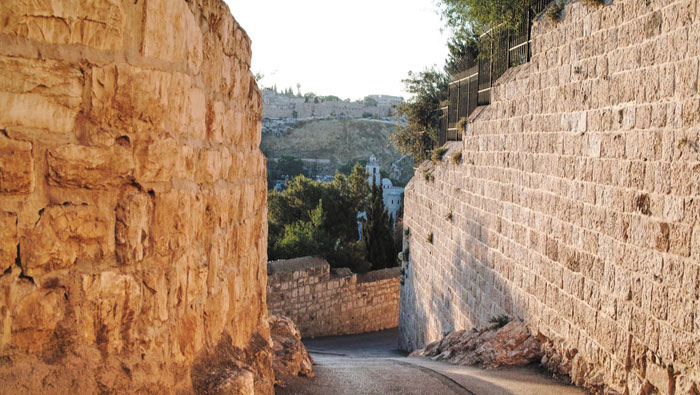 What will the “seventy sevens” of Daniel 9:24-27 achieve? When did this period begin, and when will the 70th seven end? What does this prophecy have to do with Christ’s first and second coming?

God entered the Mosaic covenant with Israel at Mount Sinai (Ex 19-23). One of the laws of this covenant is that Israel should, every seventh year, observe a Sabbath year (Lev 25:3-5). Israel obeyed this command initially, but eventually a time came when Israel ignored this command for 490 years. God said in Leviticus 26:33-35 that if this command is disobeyed, Israel would be scattered among the nations. Israel therefore owed God 70 Sabbath years. Jeremiah prophesied about these 70 years in the first year of Nebuchadnezzar (Jer 25:1-12; cf. 2 Chron 36:21). But in Jeremiah 29:11, God also emphasised that He has thoughts of peace towards Israel, to give Israel hope and a future.

The Prayer of Daniel

Daniel “understood by the books” that Israel would be in exile in Babylon for 70 years (Dan 9:2). Daniel’s Bible study undoubtedly took him to Jeremiah 25:11-12, but in Jeremiah 29:10-12 the LORD also said [my additions in brackets]:

For thus says the LORD: After seventy years are completed at Babylon, I will visit you [Israel] and perform My good word toward you, and cause you [Israel] to return to this place [Jerusalem/Israel]. For I know the thoughts that I think toward you [Israel], says the LORD, thoughts of peace and not of evil, to give you a future and a hope. Then you [Israel] will call upon Me and go and pray to Me, and I will listen to you.

God’s plan in Christ will undoubtedly come to pass; God will certainly fulfil all unconditional prophecies and promises that He has made. But this does not mean one should not pray about it. Rosscup (1992:50) states it well: “As events advance toward His appointed fulfillment, He appeals to mankind to be prayerfully involved in his work, and these prayers do make a difference to God.” Daniel noticed the injunction to pray in Jeremiah 29:12 and so he prayed for the fulfilment of God’s program.

Daniel’s prayer contains an adoration of God (Dan 9:4), confession (vv. 5-15) and a petition for Israel’s restoration (vv. 16-19). Daniel emphasised the greatness, faithfulness and mercy of God (v. 4). Daniel prayed a genuine prayer of repentance, confessing Israel’s sins. Even though Israel has been given a great position as head of the nations, it acted shamefully (vv. 5-8), unfaithfully, and disobeyed the Law of Moses (vv. 10-11). God acted righteously by doing what He said He would do if Israel disobeyed Him (vv. 12-14).

God had already demonstrated his power by rescuing Israel from Egypt. Daniel asked God to be merciful and to save Israel again, for the sake of God’s Name (Dan 9:15-19). Daniel did not ask the Lord to hear his prayer based on Israel’s righteousness, “but because of Your great mercies” (Dan 9:18b). Notice what Daniel asked God to restore:

Referring to “seventy sevens” is like referring to a dozen … but a dozen of what, or seventy-sevens of what? The context makes it clear: the seventy sevens refer to years (cf. Dan 9:1-2), that is, to 490 years (70 times 7 years). However, these 490 years will not run consecutively.

According to Daniel 9:25-26, there will be seven sevens (that is, 49 years) and then directly thereafter will follow 62 sevens (434 years) and then “after the sixty-two weeks Messiah shall be cut off, but not for Himself” (Dan 9:26a). The seven sevens, or 49 years, is the time it took to restore and rebuild Jerusalem (Dan 9:25). Then immediately followed another 62 sevens, or 434 years, until Christ’s first coming. Stated differently, 69 sevens or 483 years elapsed from the beginning of these “seventy sevens” until Christ’s first coming. Jesus is the Messiah who was “cut off”, who died a violent death on the cross for sinners but who did not begin to reign in the Messianic kingdom. Furthermore, just as Daniel 9:26b prophesied, “the people of the prince who is to come shall destroy the city and the sanctuary”. This prophecy was tragically fulfilled in 70 AD when Jerusalem and the temple were destroyed.

When did the seventy sevens start? According to Daniel 9:25a, the seventy sevens started “from the going forth of the command to restore and build Jerusalem”. The most likely starting point for the 70 sevens is when Artaxerxes gave Nehemiah authority to rebuild the walls of Jerusalem (Neh 2:1-8; Rydelnik 2014:1306). This decree was granted about 445-444 BC.

Between the 69th and 70th Seven

There is undoubtedly an undefined period between the 69th and 70th sevens, as can be deduced from Daniel 9:26-27 (see also Price 1994:133-146). With Christ’s entry into Jerusalem, the clock stopped (cf. Luk 19:42; Woods 2016:359). It is like injury time in a game. The time between the 69th and 70th seven basically covers the time between Christ’s first and second coming. During most of this time, Christ is building his Church. But the clock will tick again as soon as something happens. The 70th seven will begin when the Antichrist will make a covenant with many (Dan 9:27), with the leaders of Israel, at some point in the future.

What will God achieve with this prophecy of the “seventy sevens” which are determined for “your people”, which is Israel, and for “your holy city”, which is Jerusalem? Daniel 9:24 mentions six purposes of God:

The prophecy of the seventy sevens, or 490 years, is very important. This prophecy not only covers the time to Christ’s first coming, but it also covers the 70th seven – and immediately after this 7-year Tribulation Period, Christ will return to the earth. This time He will come as the king to establish the Messianic kingdom.