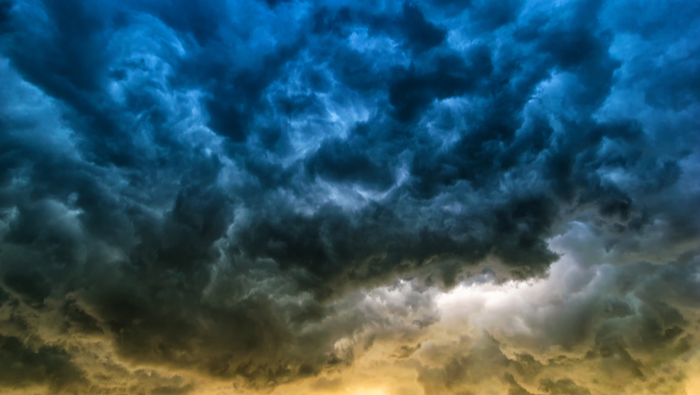 In his excellent series on Revelation, Dr. Andy Woods (2019) emphasizes the invisible battle that rages in the heavens — a battle that intensifies during both comings of Christ. During Christ’s first coming, Satan deployed his demonic forces on earth to try to thwart God’s plan (cf. Mat 2). At the time of Christ’s second coming to the earth, the same invisible battle will again clearly manifest itself. Matthew 2 and 24 describe incidents in a way that people are accustomed to, but in Revelation 12 God unveils events from the perspective of the invisible battle in the angelic world at the time of both comings of Christ.

In Revelation 12:1–5, God lifts the veil so that we may know of the invisible battle in the angelic world that raged during Jesus’ first coming. According to Revelation 12:1, a great sign appeared in heaven, a woman clothed with the sun, and the moon under her feet, and on her head a crown of twelve stars. This woman gave birth to a male child who would rule all nations with a rod of iron (Rev 12:4b–5; cf. Ps 2:9). This child undoubtedly refers to Jesus Christ who was born a Jew from the nation of Israel. The image of the sun, moon and twelve stars reminds the reader of Joseph’s dream in Genesis 37:9–11, referring to Jacob (later renamed Israel in Genesis 32:28), his wife and the twelve sons of Jacob as the sun, moon and twelve stars — thus a symbolic image of Israel.

The woman in Revelation is neither the Church nor Maria. As a chaste virgin espoused to her Bridegroom, the Church has not given birth — most certainly not to her Bridegroom! Moreover, it is Christ who builds his Church — and He has been doing that since Pentecost (cf. Acts 2). The view that the woman of Revelation 12 refers to the Church is not only anachronistic; it simply makes no sense. But why is the woman not Mary, the mother of Jesus (cf. 2:11)? Later in this Revelation 12 passage, the dragon goes off to make war with the rest of the woman’s offspring (Rev 12:17). In agreement with Thomas (1995:119), the dragon’s pursuit of the rest of the woman’s offspring ‘must be aimed at more than the children of one mother’. This offspring refers to the believing remnant of Israel and probably includes the 144 000 mentioned in Revelation 7. The Old Testament often refers to Israel as the wife of Jehovah (currently estranged from her Husband), and depicts her as a woman in travail (Is 26:17–18; 54:1–6; 66:7; Jer 4:31; 13:21; 22:23; Hos 2; Mic 4:10; 5:2–3). Thus, the woman referred to in Revelation 12 is not Mary. There is no doubt that the woman symbolically described in Revelation 12 refers to Israel.

In Revelation 12:1–5, God reveals that during Jesus’ first coming, Satan deployed all his available fallen angels on the earth (Rev 12:4a). Satan tried to kill Jesus in a manner contrary to what the Scriptures had prophesied. Herod ordered the murder of baby boys in Bethlehem and surrounding areas, but Satan was the power behind Herod’s throne. Revelation 12:4 states, ‘And the dragon stood before the woman who was about to give birth, so that when she gave birth, he might devour her child’. Matthew 2 clearly shows that this diabolic plan failed. Christ not only conquered the cross, but He also rose from the dead. At the end of his first coming, Christ ‘was caught up to God and to His throne’ — a reference to Jesus’ ascension (Rev 12:5; cf. Acts 1:9–11).

In Matthew 23:39, Jesus says to a Jewish audience, “For I say to you, from now on you will not see Me until you say, ‘Blessed is He who comes in the Name of the LORD!” Satan’s response and reasoning to this is as simple as it is diabolical: if he can kill all Jews before they can say these words in faith, Christ will not return to earth. If so, then Satan will remain the ‘ruler of this world’ (Joh 12:31; 16:11; cf. 2 Cor 4:4; Eph 2:2). This background explains Satan’s constant but also growing hatred of the Jews and why Satan’s world system is basically anti-Jewish. This will continue until the King of the Jews returns to the earth.

In Matthew 24, as part of the Olivet discourse, Jesus prophesied that during the middle of the Tribulation Period, the Antichrist will let the abomination of desolation stand in the holy place (Mat 24:15; cf. 2 Thes 2:1–8). When the Jews in Judea see these events, they must immediately flee to the mountains (cf. Mat 24:16–20). The reason for this command is the ‘great tribulation, such as has not occurred since the beginning of the world until now, nor ever will’ (Mat 24:21) that will ensue. But why will this be the case at that time? In Revelation 12:6–17, God lifts the veil so that we can grasp the invisible battle in the angelic world that will rage shortly before Christ’s second coming.

During the middle of the Tribulation Period, and with the focus in the heavens, Michael and the other good angels will win a war against the dragon and his fallen angels. As a result of this victory, Satan and his demons will be cast down to the earth (Rev 12:7–12; cf. Dan 12:1). Never again will the dragon, the old serpent called the devil and Satan, have access to heaven anymore; never again will he accuse our brethren before God (Rev 12:8–10). Satan knows that at that time, he will only have another 3,5 years left as ‘ruler of this world’ — he knows he has only a short time — and therefore he will persecute and try to kill the Jews like never before (Rev 12:12–14, 17; cf. Mat 24:21–22). Consequently, the battle will be continued on the earth: Israel’s flight to the wilderness mentioned in Revelation 12:6 corresponds to the flight of the Jews to the mountains mentioned in Matthew 24:16. What will happen?

Revelation 12:14 states: ‘But the two wings of the great eagle were given to the woman, so that she could fly into the wilderness to her place, where she was nourished for a time and times and half a time, from the presence of the serpent’. Commenting on Revelation 12:14, Bailey and Constable (1999:634–635) state that the ‘Jews will receive divine assistance in fleeing from the dragon. God bore the Israelites “on eagles’ wings” when He enabled them to escape from Pharaoh (Exod. 19:4; Deut. 32:11; see Isa. 40:31), so the eagle may metaphorically be describing the way God will save them: strongly, swiftly, and safely. Evidently many Jews will flee from Jerusalem into desolate places to escape Satan’s persecution (see Zech. 14:1–8; Matt. 24:16; Mark 13:14). God will nourish them in their place of refuge, as He fed the Israelites in the wilderness and Elijah by the brook Kerith’.

While we do not live in the Tribulation Period today, the answer is applicable to all believers: ‘And they overcame him [the accuser, Satan] because of the blood of the Lamb and because of the word of their testimony, and they did not love their life even when faced with death’ (Rev 12:11).

Christ has already won, for He has been raised from the dead, the first-fruits of those who are asleep (cf. 1 Cor 15:20). Every passing day is another day closer to the time when loud voices in heaven will proclaim: ‘The kingdom of the world has become the kingdom of our Lord and of His Christ; and He will reign forever and ever’ (Rev 11:15).