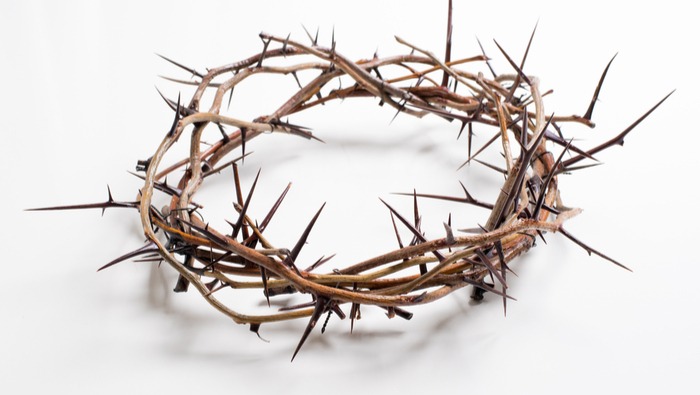 The Kingdom is in Your Midst

In Luke’s second book, the apostles asked the Lord when He will restore the kingdom to Israel, thereby implying that the kingdom had not yet been restored to Israel at that time (cf. Acts 1:6). Jesus answered his apostles, saying it is ‘not for you to know times or epochs which the Father has fixed by His own authority’ (Acts 1:7; NASB). In Luke’s first book, the Pharisees asked Jesus something quite similar, namely when the kingdom of God was coming. Jesus answered the Pharisees, saying that the ‘kingdom of God is not coming with signs to be observed; nor will they say, ‘Look, here it is!’ or, ‘There it is!’ For behold, the kingdom of God is in your midst” (Luk 17:20-21; NASB; cf. HCSB, ESV). How can Luke 17:20-21 be understood?

It is important to note that ‘to the Jewish mind king and kingdom went together like horse and carriage’ and so it would be unfathomable to Jews to ‘have a king without the presence of the kingdom’ (Woods 2016:218). This linkage of king and kingdom can be seen in Isaiah 9:6-7, Daniel 7:13-14 as well as in Luke 1:31-33. By the time one reads Luke 17:20-21, however, Jesus had already offered the kingdom to Israel on condition of repentance and faith in the Messianic King (cf. Mat 4:17; 10:5-7; cf. 15:24). Had Israel accepted its King and his gospel of the kingdom, the Messiah would have restored the kingdom to Israel. But under the religious leaders of Israel at that time, most Israelites rejected Jesus, even claiming that Jesus did miracles by the power of the Satan (cf. Luk 11:14-28). This blasphemy of the Holy Spirit was the unpardonable sin, because by rejecting the Messiah, Jesus would not restore the kingdom to Israel at that time (cf. Luk 13:34-35). The Messiah will establish the kingdom when He returns to the earth (Luk 19:11-27; cf. Mat 23:39; 25:31-34).

Jesus and the Kingdom

Again, to a Jewish mind, king and kingdom go together. The religious leaders and ‘this generation’ in Israel during Jesus’ first coming had rejected the Messiah, and thus the kingdom was not going to be restored to Israel during the first coming. But the King of the Jews, Jesus the Messiah, was still in their midst, and therefore the kingdom was in their midst provided Jesus in his humanity was still with them (see Vlach 2017:356). Woods (2016:220) states it as follows:

[T]he kingdom was very much in the midst of the nation (Luk 17:21) at Christ’s First Advent since the king was present. This explains why Christ in verse 20 noted, “The kingdom of God is not coming with signs to be observed.” In other words, because the kingdom through the presence of the king stood in their very midst, the kingdom, in this sense, was indeed already a present reality and was not preceded by various signs.

Will the Kingdom come with Signs – or not?

In Luke 17:20-21, Jesus told the Pharisees not to look for signs of the kingdom because the kingdom was present in Jesus’ person as He stood in front of the Pharisees at that time (Vlach 2017:354). However, not many days later, Jesus was crucified, buried, resurrected and 40 days thereafter He ascended into heaven. Since then, Jesus in his humanity is not on the earth but in heaven, and so the kingdom is not present on earth because the King in his humanity is not present on earth. The 7-year Tribulation Period will immediately precede Christ’s return to the earth (cf. Mat 24:29a). During the Tribulation Period, there will be, for example, ‘signs in the sun and moon and stars, and on the earth dismay among nations, in perplexity at the roaring of the sea and the waves’ (cf. Luk 21:25). The Tribulation Period is described in detail in Revelation 6-18. When you see that which the Bible predicted will happen during the Tribulation Period, then, as Jesus prophesied, ‘when you see these things happening, recognize that the kingdom of God is near’ (Luk 21:31).

So at the time of Luke 17:20–21 there was no need to look for signs of the kingdom. People were responsible to respond to Jesus who was standing before them. The kingdom was present at that time in His person. But when Jesus ascends to heaven and is bodily absent from the earth, circumstances change. One then can look for signs of His return and the coming of the kingdom of God (Luke 21:31). When Jesus returns He will bring the kingdom with Him (Matt 25:31).

Luke 17:20-21 does not teach that the kingdom is only a spiritual reality, not at present and not in the future. A pure material kingdom without the spiritual is just as unbiblical as a pure spiritual kingdom without the material (Peters 1972:460). When Christ returns to the earth, He will establish the kingdom (cf. Mat 25:31-34; Acts 1:6-7). Born again believers will inherit the kingdom, but that kingdom is not only spiritual, for it will manifest in the political, social, economic and various other spheres of life, here on the earth. At that time, not only will the King in his humanity be in your midst, but His kingdom will also be plain for all to see.