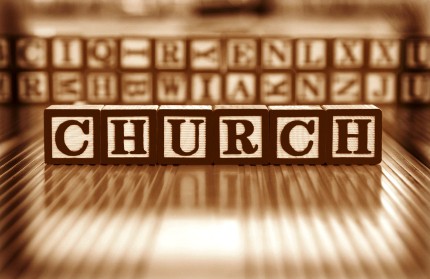 Although the New Testament does not define the local church explicitly, we do find enough descriptions and detail about the normal characteristics of functional local churches in the Bible in order to deduce a definition from all the existing evidence and testimony.Dr. Arnold Fruchtenbaum defines a local church as “… a group of professing believers in the Messiah who have been baptised and have organised themselves under the leadership of elders and deacons for the purpose of carrying out the Great Commission; for conducting the ordinances of baptism and the Lord’s Supper; for building up of the body through the worship of God, the fellowship of believers, the teaching of the Word, and the exercise of spiritual gifts.” A local church is much more than merely “where two or three are gathered” (cf. Matthew 18:20).

Purposes of the Local Church

How about a hierarchical form of government based on apostolic succession, where there supposedly is a continuous line of ordination from the apostles down to the present time, like some kind of royalty handed down from dynasty to dynasty? This kind of government is nowhere taught in the New Testament. The Bible simply does not teach apostolic succession. Moreover, the Bible also does not distinguish between an ‘order of clergy’ and a ‘laity’. Instead, the Bible teaches the priesthood of all believers. Only after Christianity was incorporated as the ‘state religion’ into the Roman Empire in the fourth century A.D. did this hierarchical form of government enter local churches. We still find this form of government today in the Roman Catholic Church, the Episcopal Church and the Methodist Church.

Is a federal or Presbyterian form of local church government perhaps Biblical? Typically, and starting at the ‘lower’ level of representatives, the local church is governed by a session, composed of ruling elders elected by the members of a congregation and a teaching elder or minister as the presiding officer. Teaching elders are ordained by other ministers whereas ruling elders are ordained by the congregation. But there is a higher order in the chain of command known as the presbytery, since all ordained ministers or teaching elders and one ruling elder from each local church in a given district comprise the presbytery. These groups of presbyteries comprise the next order, which is the synod. Then groups of synods comprise the highest ruling body, namely the general assembly. There are at least two problems with the federal form of local church government. First, in the Biblical form of local church government, ruling elders are not elected by the congregation, but by other elders who must consider if a person meets the qualifications for elders (cf. 1 Timothy 3:1-7; Titus 1:5-9). Second, in the federal system, there is generally only one teaching elder in a local church, whereas the Biblical model requires a plurality of teaching elders. The Presbyterian and Reformed churches, the Dutch Reformed Church and the Christian Reformed Church (among others) follow this federal form of government.

The Biblical form of government is that each local church is independent from other local churches. There is no hierarchy of authorities or denominational structures over local churches. Each local church is to be governed by a plurality of elders, not just one singular elder. The elders must rule the congregation, not the congregation the elders. Importantly, as under-shepherds the elders are directly responsible to Shepherd of the flock, namely the Lord Jesus Christ. Elders will be judged more strictly by Christ. Groups that follows this form of local church government include some Brethren churches and some independent Bible churches.

If you would like to read more about the Local Church, we suggest you read the original article and source of this post, The Local Church, written by Dr. Arnold Fruchtenbaum and published by Ariel Ministries in San Antonio.