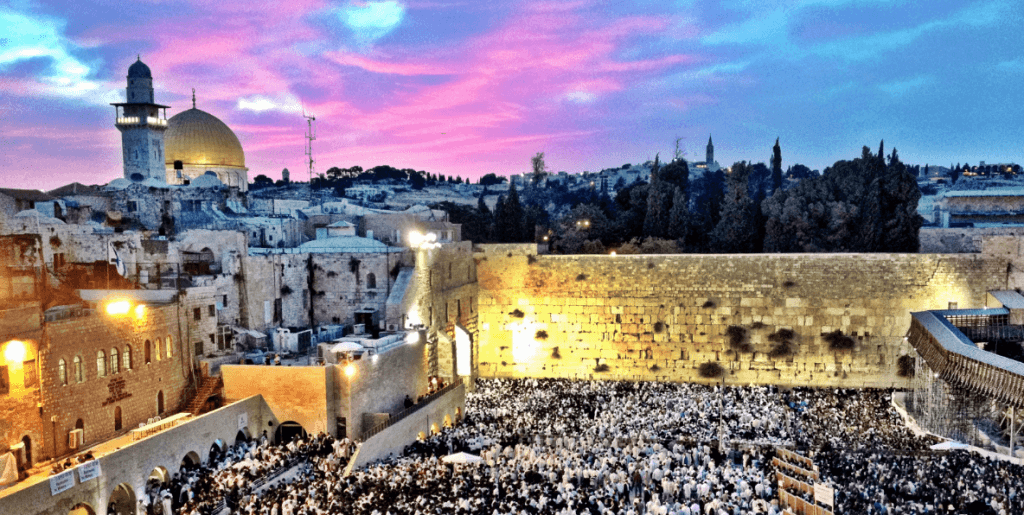 The Modern State of Israel in Bible Prophecy

We have already covered the remnant of Israel and today we focus on the different views that exist as to the modern state of Israel in Bible prophecy. First we discuss five different views and then we consider what the Bible teaches us about two worldwide gatherings of Jews to their land.

The first perspective regarding the modern state of Israel in Bible prophecy is held by Replacement Theology. Essentially the view is that the modern Jewish state is simply an accident of history and thus totally unrelated to Bible prophecy. This view states that when ‘this generation’ in Israel’s history rejected Jesus as the Messiah, God was ‘through’ with the Jewish people and so all of God’s covenantal promises were transferred to the Church. Thus, the Church has ‘replaced’ Israel permanently and totally, so this is a theology of replacement. According to this perspective, there is no future restoration for Jewish people to their land and therefore the modern state of Israel is simply an accident of history.

Another perspective takes Bible prophecies about a worldwide restoration of Jews to their land seriously, it is believed that there will indeed be a final restoration of Israel, but proponents of this second view have a hard time fitting the modern state of Israel into such prophecies. Why? Because these prophecies speak of a final worldwide gathering of Jews to Israel as a regathering of believers, whereas the majority of Jews returning to their land today are not (yet) believers. This second perspective says what has been happening since 1948 is not a picture of Jewish believers returning to Israel and so they say what is currently taking place is also an accident of history. But they do say that a believing nation of Israel will eventually be regathered to their land, it’s just not happening now.

A third view regarding the modern state of Israel in Bible prophecy states that what is happening today is indeed the final restoration of Israel, it is the beginning of the fulfilment of Bible prophecies in this regard. They say more and more Jews will return to their land and eventually they will undergo a national regeneration and salvation and Messiah will return. When asked about a period of divine wrath during a Tribulation period of seven years, they say this actually occurred during World War 2 and the Nazi Holocaust and so there is no future Tribulation to come.

The Bible speaks of two worldwide re-gatherings of Jews to their land.
First, according to Ezekiel 20:33-38, 22:17-22 and Zephaniah 2:1-2, there will be a worldwide regathering of Jews in unbelief to their land and also specifically to Jerusalem, in preparation for judgment, i.e. the judgment of the 7-year Tribulation Period.

Second, after the first regathering, there will be a second regathering of Jews to Israel in faith in preparation for blessing, specifically the blessing of the Messianic kingdom.

The modern state of Israel is therefore no accident of history, but fulfils those Bible prophecies that speak of a worldwide regathering of Jews in unbelief to their own land.

Three companion issues are relevant to the theme of the modern state of Israel in Bible prophecy.

First, Daniel 9:24-27 (cf. Isaiah 28:14-22) states that the 7-year Tribulation will start when Israel signs a covenant with the Antichrist. This implies firstly that the Jewish state must exist, for Israel must exist as a nation to be able to sign such a covenant. It also secondly implies that the Antichrist will be a person of stature immediately prior to the Tribulation, because sovereign nations like Israel do not sign covenants with political ‘nobodies’. A third implication is that World War 2 and the Holocaust could not have been the Tribulation, because Israel only became a state again in 1948 and therefore no covenant could have been signed before WW2. Another implication is that when Israel signs the covenant with the Antichrist, it will not be a nation that believes in Jesus of Nazareth, for a believing Israel will not sign such a covenant with death.

Third, and without going into much detail, the Gog and Magog war against Israel could not have happened until such time as Israel was back in its land and meeting the descriptions noted in Ezekiel 38:8, 12b; 39:2 and 4a.

The Bible prophesied two worldwide re-gatherings of Jews to their land. First there is a worldwide regathering of Jews in unbelief to their land and to Jerusalem. This is where the modern state of Israel in Bible prophecy fits in. This re-gathering is in preparation for judgment, specifically the judgment of the 7-year Tribulation Period. There will also, however, be a second regathering of Jews to Israel in faith and in preparation for blessing, specifically the blessing of the Messianic kingdom.