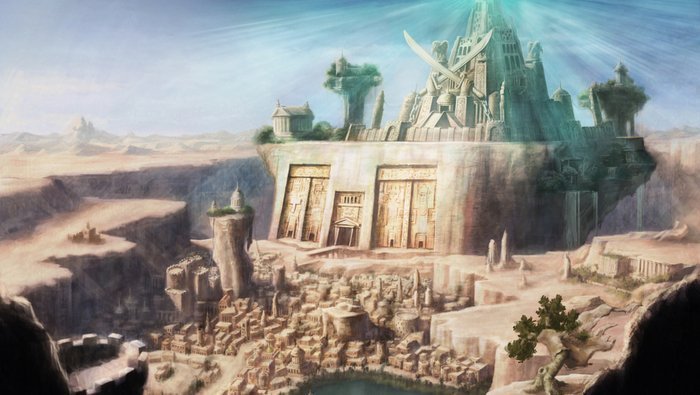 The Mystery of the Woman in Revelation 17

Biblical mysteries are not unexplained riddles, unsolvable detective stories, or even something mysterious. A Biblical mystery (μυστήριον) is something “hidden from the foundation of the world” (Mat 13:35), something “kept secret since the world began but now made manifest” (Rom 16:25b), which “in other ages was not made known to the sons of men, as it has now been revealed by the Spirit”(Eph 3:5a) and “which from the beginning of the ages has been hidden in God” (Eph 3:9). In the Bible, a mystery is an important new truth or aspect of God’s plan that He has revealed for the very first time. If God had not revealed a mystery, no human being could have known about it. New Testament mysteries therefore contain new truths that God had not previously disclosed in the Old Testament.

A Tale of Two Cities

Preterists believe that Revelation was written and fulfilled before 70 AD. Many preterists think that Babylon is a “code word” for Jerusalem, but I reject this view. The book of Revelation was written in 95 AD, so large parts of the book refer to the future, not to the past. Further, Revelation repeatedly refers to itself as prophecy (1:3; 22:7, 10, 18, 19).

Many commentators believe that Babylon is a “code word” for Rome. For example, Du Rand (2007:499; my translation) writes: “The seven heads are the seven mountains on which Rome was built”, and these seven hills are Capitoline, Aventine, Caelian, Esquiline, Quirinal, Viminal, and Palatine. König (2009:335) also says that the woman in Revelation 17 refers to the city of Rome. There are, however, at least three reasons why the city does not refer to Rome, but to Babylon.

First, Rome is not the “mother of harlots” (Rev 17:5). Babylon is the source of all idolatry, the fountain of spiritual prostitution. For example, it is from Babylon that the mother-child cult was transported to the rest of the world. The mother of harlots and of the abominations of the earth is the great city of Babylon. Rome is merely a “daughter” of the mother.

Second, as noted above, many argue that the woman sits on seven heads/seven mountains — and they say that Rome was built on seven physical mountains/hills. However, do these “seven heads/mountains” refer to seven physical mountains/hills, or is the explanation rather symbolic? Revelation 17:9-10 states: “The seven heads are seven mountains on which the woman sits, and they are seven kings; five have fallen, one is, the other has not yet come; and when he comes, he must remain a little while.” Was Rome built on mountain-hills of which five have already fallen, one mountain-hill is still standing, but one day another mountain-hill will rise but will remain only for a little while? This is what many commentators implicitly say. The problem is that something that should be interpreted symbolically (cf. Rev 17:10) is interpreted literally. But the divine record clearly shows it is not about seven physical heads/mountain-hills, but that the heads/mountains refer to kings and their kingdoms in history (cf. Woods 2012:97-98). Furthermore, many try to force seven Roman emperors into the textual data of Revelation 17:10, but this simply does not work.

The Mystery Revealed in Revelation 17

That the woman will sit on the beast for a time is the mystery or new information that God revealed. This revelation is not in the Old Testament. The woman will sit on “many waters” (Rev 17:1) — and the “waters which you saw where the harlot sits, are peoples and multitudes and nations and tongues” (Rev 17:15). Further, the woman will also sit “on a scarlet beast, full of blasphemous names, having seven heads and ten horns” — but a little bit later it is revealed that the ten horns will hate the woman-harlot, make her desolate and naked, eat her flesh and burn her with fire (Rev 17:16). During the first half of the 7-year Tribulation Period, the woman, the city of Babylon, will not only have a one-world religious system over the peoples on the earth, but she will also exercise some political control over the ten kings of the earth during that time.

By the time that the future Tribulation Period commences, the “mother” of harlots will have gathered all her “daughters” under her idol-wings. What will happen to those people who will reject her? During the Tribulation Period, the woman will be drunk with the blood of the saints and with the blood of the witnesses of Jesus (Rev 17:6). But do we not already see various ecumenic, multi-religious movements merging on their way back to Babylon (see Scholtz 2019:182-198)? For example, the New Age movement preaches tolerance for their idea that every human may find their own non-exclusive “path of works” to God. Woe to those people who reject this false doctrine. Still, the words of the Lord Jesus Christ stand forever: “I am the way, and the truth, and the life; no one comes to the Father but through Me” (Jn 14:6).

← Read Is the Rapture a New Teaching? Read The State God →