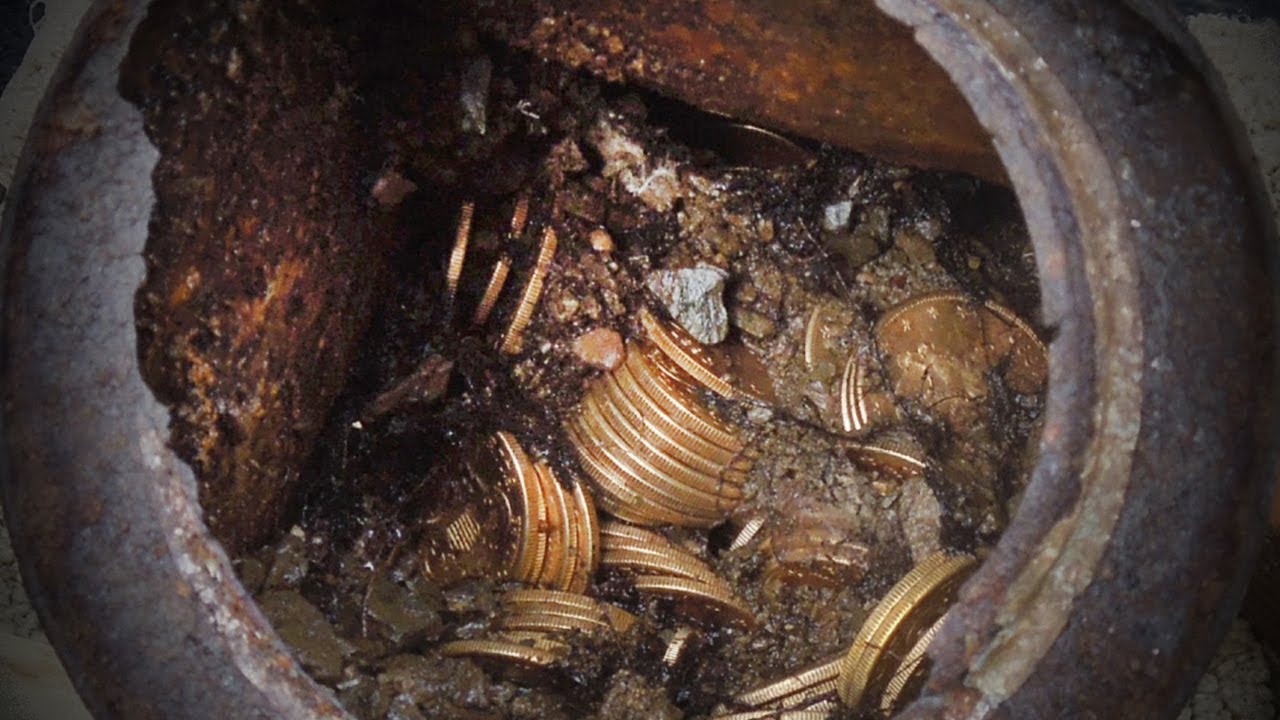 The Parable of the Hidden Treasure

In Matthew 13, the disciples ask Jesus privately in the house to explain the parable of the tares of the field (Mat 13:36). Among other referents, Jesus identifies the field as the world, the sower as the Son of Man, and the field is specifically ‘his field’ (Mat 13:24, 37-38). Then Jesus tells this parable: ‘Again, the kingdom of heaven is like treasure hidden in a field, which a man found and hid; and for joy over it he goes and sells all that he has and buys that field’ (Mat 13:44; NKJV). In this unique Matthean parable, the man buys not the hidden treasure, but the field in which it is hidden — but unlike the earlier references to ‘his field’ (cf. Mat 13:24, 31), it is only after the man goes and sells all that he has, and buys the field, that it becomes his. What is the parable of the hidden treasure about and what does it mean?

Three Major Views regarding this Parable

Three major views of this parable predominate. The first identifies the need that prompts this parable as the importance and preciousness of salvation and a place in the kingdom. But this view cannot be correct: “The facts are, of course, that a believer in Christ has nothing to offer and the treasure is not for sale. The believer does not buy a field … to gain Christ. Further, upon discovery of the treasure, a believer shares it with others rather than hides it” (Walvoord 1974:104; cf. Snodgrass 2008:246).

A second view focuses either on the value of the kingdom, the cost of discipleship, or both. According to this view, the “kingdom of God is so valuable that it is worth sacrificing anything to gain it” (Blomberg 1990:279). But again, this seems to argue that people enter the kingdom through their own sacrifice and efforts, instead of by the new birth, which comes through faith alone in Christ alone.

A third view focuses on what Christ achieved for God (Long 1997:52). It is proposed that the problem which prompts the parable of the hidden treasure may be stated in this question: How will Jesus Christ in his humanity, as the Son of Abraham, provide redemption and, as Son of David, also obtain the right to rule over all the kingdoms of the world and their glory? Can one argue that the man buying the field in this parable must be the Son of Man?

Identifying Referents of the Parable

Matthew had already taught that all things have been delivered by the Lord of heaven and earth to God the Son in his divinity (Mat 11:25, 27). However, the ministry of Jesus in his humanity, prior to the cross, was restricted to the lost sheep of the house of Israel (Mat 15:24). Moreover, through what has been described as a ‘shortcut to fullest messianic authority’ (Carson 1995:114), Satan offered the kingdoms of the world and their glory (Mat 4:8-9) to Jesus. What was going on?

From a kingdom perspective, Christ must eliminate any wrongful claims over the world that Satan may have had because of the first Adam’s fall; from a salvation perspective, Jesus must also atone for humankind’s sin against God (cf. Gn 3:15). For the joy over it, Jesus sells everything he has and buys the field at the cross (cf. Mat 13:44). Since the way to provide redemption and to receive all authority in heaven and on earth was through the cross, at some stage the field had to have been purchased by Jesus in his humanity. And Jesus — only Jesus — could make that purchase. Constable (2017:483) rightly states:

God restricted Jesus’ authority before His resurrection because of His role as the Suffering Servant. Following His resurrection, God broadened the sphere in which Jesus exercised authority (cf. 4:8-10). He became the One through whom God now mediates “all authority” (cf. Dan. 7:14; Phil. 2:5-11). This was Jesus’ great claim.

It is therefore proposed that the man who finds the treasure, re-hides it, sells all that he has and then buys the field, is Jesus Christ; the field is again viewed as the world, and after the cross it becomes ‘his field’ (cf. Mat 13:37-38).

At the baptism of Jesus, God the Father reveals that Jesus is the beloved and anointed Son, and the Spirit of God descends on Christ (Mat 3:16-17). The Son of David is given the right to rule as King in Israel, not only over the house of David, but also over all the house of Jacob (Lk 1:32-33). When Jesus’ public ministry starts, He authenticates to Israel his Messianic claims through his words and numerous miracle-deeds and He presents the kingdom of heaven to Israel as being at hand (Mat 4:17-12:28). Although Jesus’ authoritative teaching and deeds astonishes (cf. Mat 7:28-29; 8:27), the Messiah and his mighty works are rejected by this generation in Israel (Mat 11:2-12:45). When national repentance and salvation of this generation in Israel become impossible because of the blasphemy against the Holy Spirit, and when it is clear this generation will not accept God’s anointed king over them (cf. Dt 17:14-15; Mat 11:2-12:45), the establishment of the kingdom of heaven in Israel is postponed.

The treasure — proposed to be the power and authority granted to the King of the Jews to establish and rule the Messianic kingdom in Israel — is now hidden. Fruchtenbaum (1989:625-626) notes that from this point in Matthew’s presentation, the purpose of Jesus’ miracles is no longer to authenticate his Messianic claims to this generation in Israel. Previously, various authenticating signs were given, but now the only sign given to an evil and adulterous generation will be the sign of Jonah (Mat 12:39-40). Previously parables were used to illustrate truth, but from that time on Jesus teaches the multitudes only in parables (Mat 13:34; cf. 13:11). Previously the Davidic kingdom was at hand, but after Matthew 13 it is neither near nor is the gospel of the kingdom again preached until it is used with reference to the Second Advent (Bailey 1998:176; cf. Scholtz 2014:5). The treasure was hidden on the day the unpardonable sin was committed, on the same day these mysteries of the kingdom were given.

Commenting on Matthew 11:26, Carson (1995:275) notes that Jesus delights in ‘his Father’s revealing and concealing’. For Christ, it is a joy to glorify the Father in heaven, who will reward openly what is done for Him in secret (Mat 6:4). For the joy set before him, Jesus obeys the Father by going to the cross, not only providing atonement for sin, but also purchasing the field by bruising Satan’s head (cf. Gn 3:15; Mat 12:39-40).